Trump says houses of worship 'essential,' if governors don’t obey his reopen demands he will 'override'

Trump: ‘I will override the governors’ if they stop houses of worship from reopening

Where else could you find a more susceptible population that you could put into close proximity to each other – weekly. It’s almost like he’s trying to kill off as many citizens as he can. Given how many of these are his base, I’ll be sorry to see so many go, but happy they won’t be around to vote for him this next election. 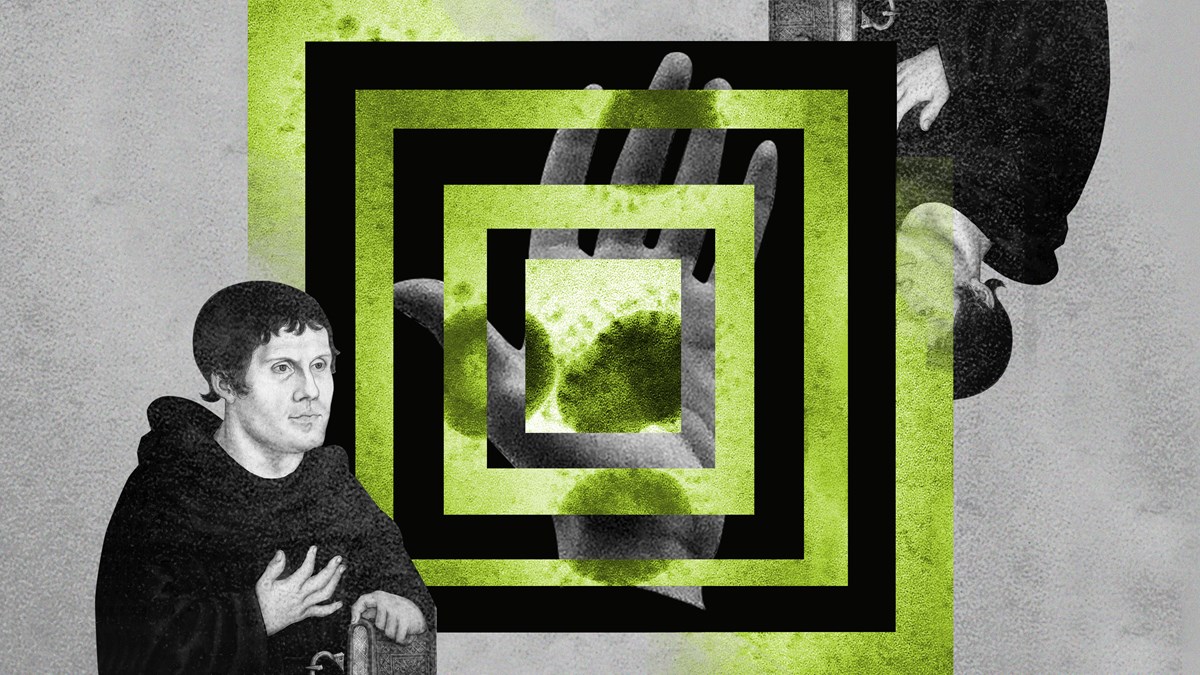 Martin Luther: Whether One May Flee From A Deadly Plague

Read in full the famous reformer’s advice on Christian faithfulness amid pandemics like the coronavirus.

No, my dear friends, that is no good. Use medicine; take potions which can help you; fumigate house, yard, and street; shun persons and places wherever your neighbor does not need your presence or has recovered, and act like a man who wants to help put out the burning city. What else is the epidemic but a fire which instead of consuming wood and straw devours life and body? You ought to think this way: “Very well, by God’s decree the enemy has sent us poison and deadly offal. Therefore I shall ask God mercifully to protect us. Then I shall fumigate, help purify the air, administer medicine, and take it. I shall avoid places and persons where my presence is not needed in order not to become contaminated and thus perchance infect and pollute others, and so cause their death as a result of my negligence. If God should wish to take me, he will surely find me and I have done what he has expected of me and so I am not responsible for either my own death or the death of others. If my neighbor needs me, however, I shall not avoid place or person but will go freely, as stated above. See, this is such a God-fearing faith because it is neither brash nor foolhardy and does not tempt God.

Don’t worry, the screams of “states’ rights” from his entire party will force him to backtrack any minute now. /s

I wonder if we will get to the point where Trump says that God told him it was his divine duty to reopen the houses of worship? And if we do, will any of his supporters bat an eye?

“I had a long talk with President Putin, and I know how to make it look like a bunch of governors voluntarily jumped out of windows.”

Gotta love how the state is one with the church these days. Puke. Double puke. Wait…yep…triple puke.

This is so stupid.

And that theological-social flex is going to get people killed.

Any god worth worshiping wants you alive.

Again, if this kills a bunch of Evangelicals, I worry they’ll just give it to sensible people during the next two weeks. Oh, and singing spreads virus particles reeeal well.

“As many as 30 church leaders from the nation’s largest African American Pentecostal denomination have now been confirmed to have died in the outbreak, as members defied public health warnings to avoid large gatherings to prevent transmitting the virus.” -Independent

Proving that the UK is a million miles from the USA, this today in the paper, about why churches need to not be locked shut at this time. Not quite the reasons Trump had in mind, I expect.

Just saying that churches are “essential services” doesn’t make it so.

There are people who have never been to church in their lives, and yet somehow they are none the worse off for it.

Why does Trump want to kill Christians?

It’s more complex than that, as any and all social activities are. But ultimately you’re right that going to church during a pandemic is not an essential action.

Why does Trump want to kill Christians?

Well, he is a fervent worshiper of Mammon…

If a great number of people die from the pandemic, Trump can say it was inevitable.
If fewer people die, he can call it a triumph.

A sociopath can always change the facts to suit their favor.

And finally, Trump doesn’t want the churches open; what he wants is for him to say it’s fine, some states to say no, and then he can pick-and-choose targets to pick on, because much as the T-rex can only see things that are moving, Trump can only see things he’s fighting with.

“Whether One May Flee From A Deadly Plague?”

A person always seeking attention, or approval of others, especially people they don't know. A classic one up-er.