Like how Giuliani was America’s Mayor, just not bothering with a real crisis for him to screw up. I’m sure it will sound less odd after Fox News repeats it a few thousand times.

“Less fun and less interesting than he was 7 years ago,” is such a low bar, I feel like they’re holding a limbo contest.

He likes to hang out in Four Seasons Landscaping?

Trump is their Hilary Clinton

The hits just keep on coming. They’re being trucked in. 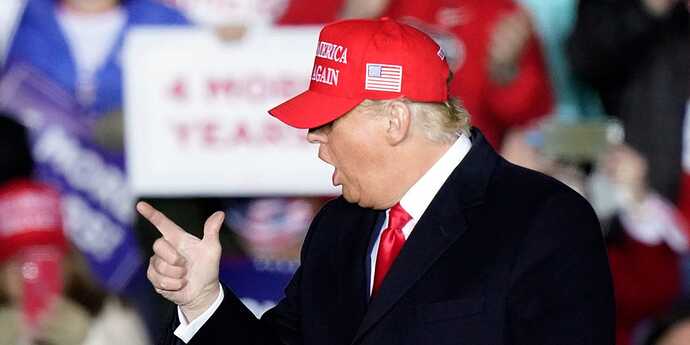 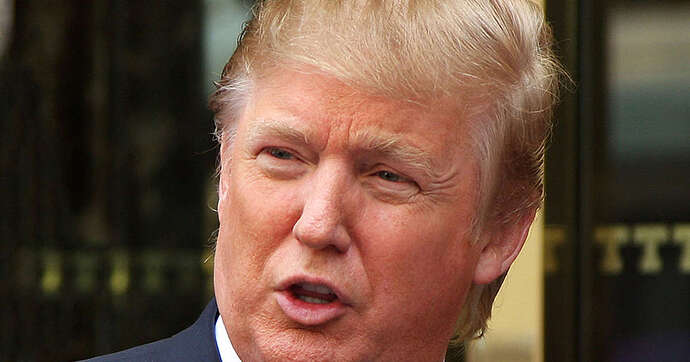 Donald Trump may have just announced that he officially intends to run for the 2024 presidency, but that’s not the only news that has broken about him. It’s just been revealed that major untaxed perks were “authorized” by the ...

The Supreme Court in a 9-0 unsigned decision said Trump has to turn over his tax returns to the House Committee . 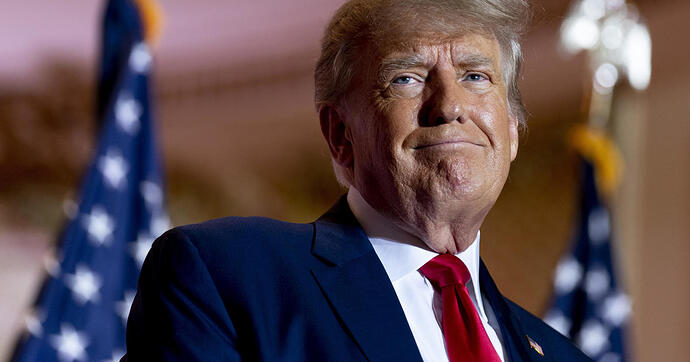 The order clears the way for Democrats to obtain Trump's tax records weeks before Republicans take control of the House in January.

Wanna bet we’ll find out that there was no ongoing audit. No taxes paid. And several crimes.

I wonder if anyone else ever went to the Supreme Court to try to get out of doing something they repeatedly promised to do on their own accord over six years earlier.

ETA: So this should be a done deal now, right? I assume Congress can go straight to the IRS for the returns now and nobody on Trump’s team can do squat to prevent them from accessing the documents?

Maybe the funniest outcome would be if Trump’s people tried to do some kind of damage control by handing over redacted/altered versions of his tax records without realizing that Congress can now just compare those to the original returns to see what else he was trying to hide.

The should get the pdf’s sent over by Treasury this afternoon. Shouldn’t have any delay.

DoJ is right next door to the IRS Bldg. 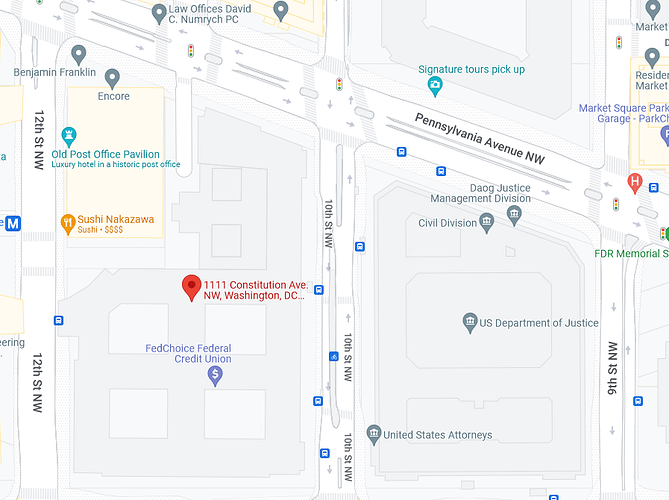 If you have the intestinal fortitude or have not eaten anything in the last 8 hours minimum, then click on theTruth Social video link in the MSN article. I think the video presages what will pass through Trump’s wizzled mind while he’s on his death bed.

article excerpt: The footage includes shots of celebrities that have been publicly critical of the former president, including Robert De Niro — who has called Mr Trump “totally nuts” and “blatantly stupid” among other things — and Elliot Page prior to his transition. Mr Page previously said Mr Trump and former Vice President Mike Pence spent their careers “trying to cause suffering.” 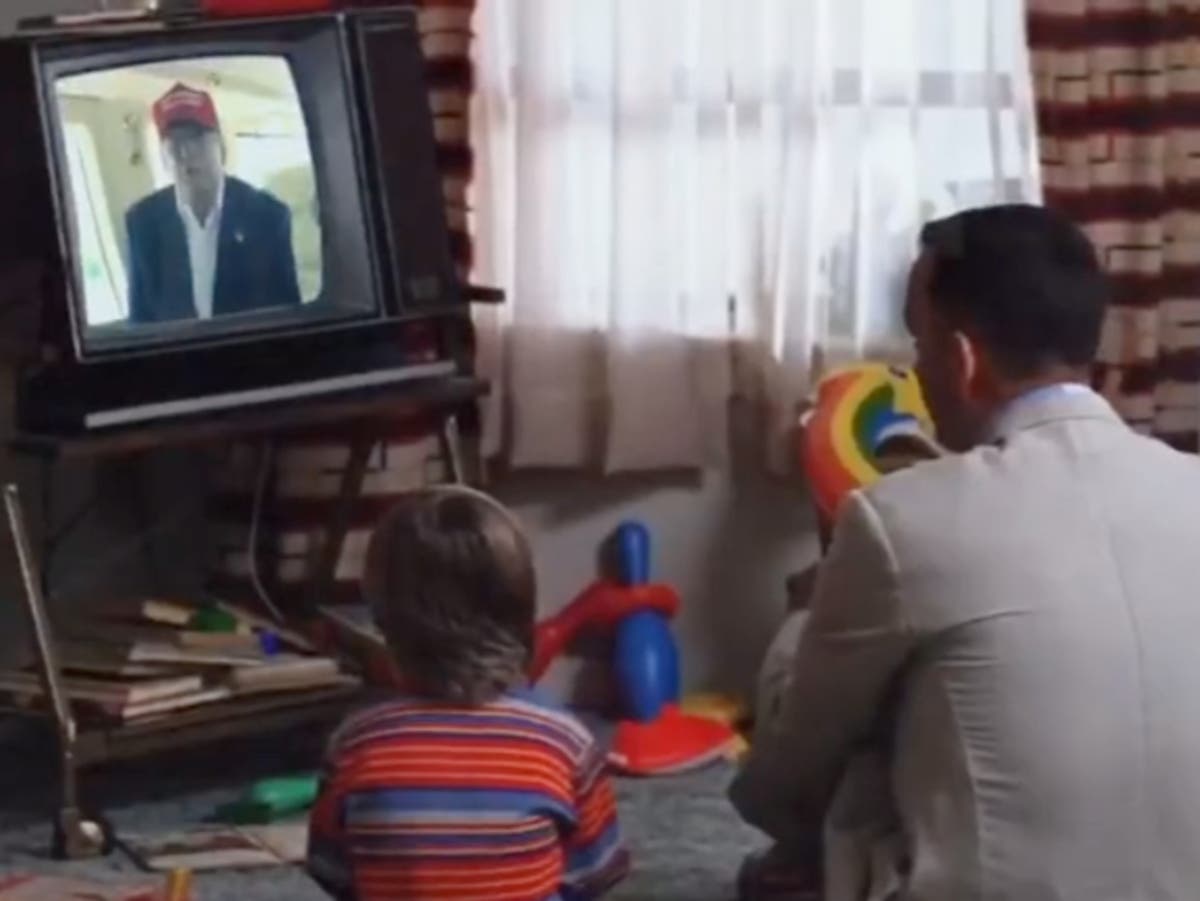 I did watch it, and am confused: many of the shots of Trump were from things he bungled badly. I’m seeing it as some sort of 5D level of Poe. Like, he thinks it’s complimentary because of the shots of people supposedly watching him on the TV with great attention and affection, but what they’re watching is things like him pushing aside world leaders to get to the front and center of the group, or laboriously but ultimately successfully managing to drink one sip of water from a glass with only one hand, etc.

Bizarre really is the best word to describe it.

shots of Trump were from things he bungled badly

He doesn’t – can’t – believe that he bungles at anything. His standards are not ours. 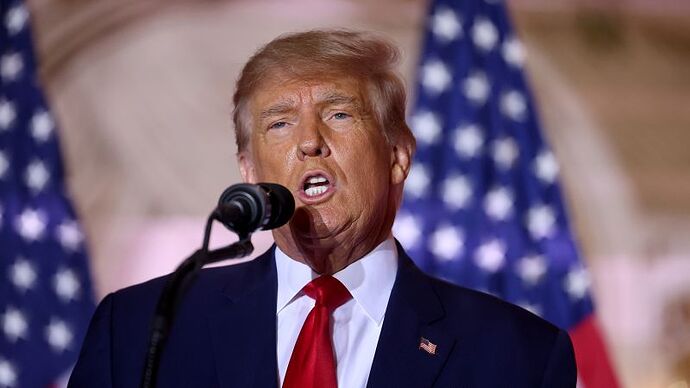 Donald Trump is running for president. But according to a new Quinnipiac University national poll, a whole lot of people wish he wasn't. 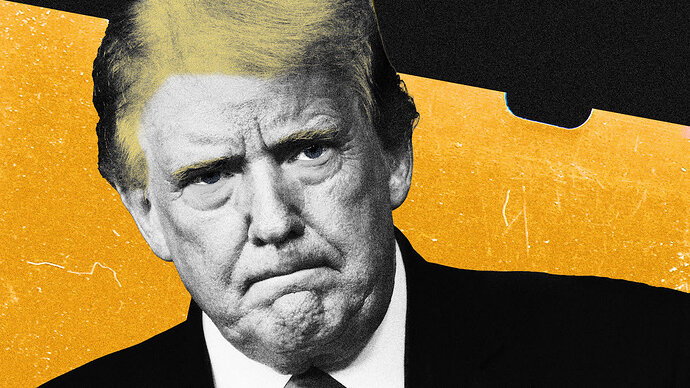 Democrats can get his taxes. The Trump Organization is careening toward a fraud trial. The FBI might get the upper hand. And Donald Trump could get taken down like Bill Cosby. 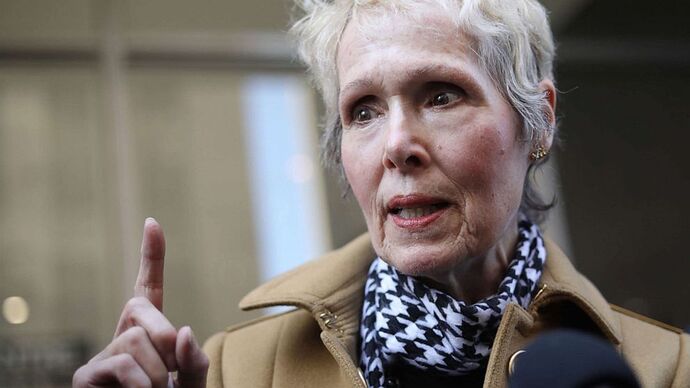