Congrats Elon, you managed to piss off both liberals and conservatives. Maybe the greens will invite you over for a potluck dinner sometime

“I’m the best, really the most elegant BS artist. Believe me.”

Bully is mad because he misses having a megaphone.

I know - just as he resigns from Truth Social. Curious timing…

I wonder how it feels when a guy you hate pisses off a guy you hate even more? I suspect that like many of my progressive friends the distain for Elon comes in part from a feeling of betrayal - whereas Trump is a straightforward “bad guy” from a dem perspective, Elon had the potential to be aligned with your values and his failure to align in those areas (or just childish behavior) is a disappointment.

I understand why progressives or people with anti-capitalist sentiment would be angry at Elon for his capital and aggressive business practices - as well as his insensitive remarks - but the hate has always seemed a bit disproportionate considering how many straight-up villains there are. So ultimately I think that it must be some feeling of betrayal.

When has Musk ever been someone progresives would want to cozy up to?

So ultimately I think that it must be some feeling of betrayal.

I’ve never met a liberal who likes or ever liked Musk. The guy has always been a dick. The one exception I’ve seen is that some Musk fanbois are also left-leaning because they like electric cars, but they all still love him no matter what he does. It’s mostly the libertarian bros who love Musk. He’s their hero, along with the teenage edgelords.

First, hate is not a zero sum game. There’s enough for everyone who needs it. Second, why so black and white? We don’t need to focus on “villains” and “heroes”. The world is all nuance and so are people. Black and white attitudes about everything are the conservative disease.

Many of Elon’s endeavors are in field of science and technology - or aligned with environmental objectives. He’s basically a futurist. Progressives tend to be aligned with looking to the future - while conservatives look to the past.

When has Musk ever been someone progresives would want to cozy up to?

Some people are under the impression he was once a darling of progressives because he makes cars that don’t depend on fossil fuels, but I certainly don’t remember it that way.

He’s basically a futurist. Progressives tend to be aligned with looking to the future - while conservatives look to the past.

The “Futurism” movement of the early 20th century was heavily associated with right-wing fascism, not progressivism.

The “move fast and break things” mindset is not a 21st Century invention. 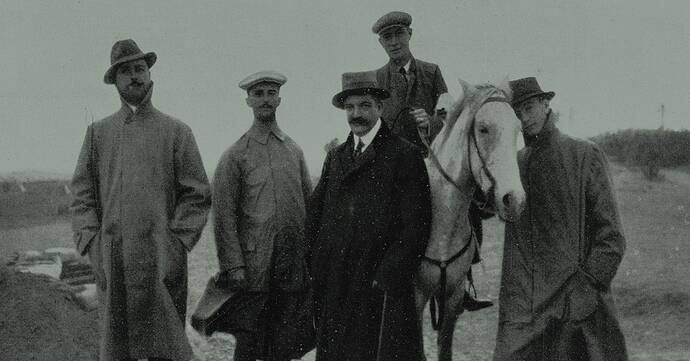 When Futurism Led to Fascism—and Why It Could Happen Again

Progressives are not stupid. We can like what someone is doing without liking that person. We also don’t tend to believe that the ends justify the means. We can appreciate that he made electric cars popular without liking the fact that he’s yet another billionaire dick bent on ruining the internet. We also understand that his environmental motivations are only skin-deep. He does what he does for profit, not because he’s trying to make the world a better place. That matters because as soon as times get tough, he will bail on the whole effort. People like us see all that coming.

Progressives tend to be aligned with looking to the future - while conservatives look to the past.

This is a very basic opinion. Not entirely wrong, but very basic. I think you should meet and talk to a lot more people all over the political spectrum before forming too many more opinions. You’ve carefully not identified with any group yourself, suggesting you may feel yourself to be “above the fray” which is classic proto-edgelord behaviour.

or aligned with environmental objectives.

Yeah definitely - that’s a good point. I’m scared of the pace of technological advancement - but to be fair, even Elon has raised the warning flag on some issues like AI.

Elon has raised the warning flag on some issues like AI.

Elon is selling machines that literally kill people when their AI fails. I guess that kind of counts as “raising a warning flag.”

He also hasn’t been shy about saying that his company Neuralink is working on surgically implanted brain-computer interfaces that he hopes will eventually be used by everyday people (not just the paralyzed or otherwise disabled) in their normal interactions with the world.

I’m referring to when he warns about strong AI:

“The least scary future I can think of is one where we have at least democratized AI because if one company or small group of people manages to develop godlike digital superintelligence, they could take over the world. At least when there’s an evil dictator, that human is going to die. But for an AI, there would be no death. It would live forever. And then you’d have an immortal dictator from which we can never escape.”

Elon had the potential…

When the fuck was the billonaire ever going to do anything that didn’t benefit him?