Oh and by the way Trump’s mere toxic presence has already started corrosion in schools: http://www.huffingtonpost.com/entry/trump-effect_us_583f4985e4b0c68e047eaeb9

I loved watching the video just to see the open exasperation and LITERAL eye-rolling from the moderator.

How did we get here? (Yeah, yeah, I know, it just seems so unfathomable.)

I really just felt like I was watching the debates over again.

It just doesn’t matter. No matter how many times a CNN, New York Times, Washington Post or even Daily Show puts up anything that points out the lies, exaggerations or ironies of Trump and his people, FoxNews has pounded it in to these supporters that the Main Stream Media is biased and lies and you should only believe the opposite of what they say. They didn’t care at all what Trump did, does or is likely to do because they’ve been taught for years the Clintons were evil and their Facebook memes just kept reinforcing it.

When confronted with actual facts, Gingrich claims that because his feelings are in fact actually being felt, they can be construed to validly counter well documented factual information, statistics and news reports.


This false equivalence of feeling vs fact is at the crux of Charles P. Pierce’s excellent, funny and at times, nauseating (read: Terri Schiavo) book: 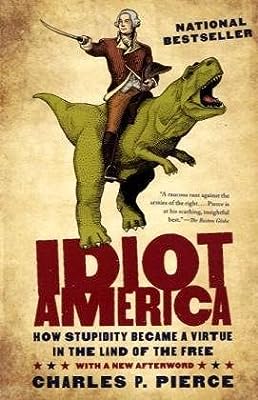 NATIONAL BESTSELLER The three Great Premises of Idiot America: · Any theory is valid if it sells books, soaks up ratings, or otherwise moves units · Anything can be true if someone says it loudly enou ...

Does Pierce offer an antidote?

Lately I don’t listen to NPR in the mornings as much as I used to but the other day I listened just long enough to hear this:

President-elect Donald Trump won a convincing electoral vote victory on Nov. 8, but he is claiming falsely that widespread voter fraud cost him the popular vote.

The words “false” and “unfounded” were used several times. I know NPR is preaching to their choir but at least they’re preaching facts.

So, no one on that panel seems to know anything other than what they are told? The entire discussion seemed to revolve around their opinions, not facts, and not questioning any underlying or associated problems. Worse still, there is absolutely no introspection in these people. They operate on an internal world view in that what they know is true and never ask how they know it. As someone else stated, this election is a glaring example of how badly educated and informed people are.

[quote]This isn’t a self-aware Trumpkin or media supplicant, or an internet anti-semite putting names in brackets. She’s an American who voted for Donald Trump. She believes not only that millions of illegal immigrants voted[/quote]Isn’t it feasible that CNN could probably find some people who voted for Clinton who might also have questionable beliefs? Or are we only supposed to question those who espouse ideologies we don’t like?

To these people Alex Jone’s InfoWars IS mainstream.

Pierce offers frames of reference as a starting point. For example, he makes the important distinction between cranks and charlatans and celebrities, and how the charlatans have helped create a nation of ignoramuses like the nut in the video. Nailing down the terms and scope of the problem is a prerequisite step to finding antidotes, but this country is still flailing around in that regard.

Along with Harry Frankfurt’s “On Bullshit” and Neil Postman’s “Amusing Ourselves to Death” Pierce’s book is useful (and also entertaining) reading if you want to understand the current state of U.S. politics (plenty of other relevant books in various categories: politics, history, true crime, psychology, science fiction shelves, etc.). There’s also a new book out called “Assholes: A Theory” that looks like it might be relevant.

I had to listen to this a few times to unpack how moronic it was. Barack Obama encouraged undocumented aliens to vote… I just don’t even know what can be done about this garbage.

It is a reasonably smart tactic. If you want to discredit a viewpoint or idea, interview people who are poorly informed or appear to be stupid to defend the idea. If you present two sides of the issue, the people whose position you support will be well informed and well spoken.
The only reason to go to the expense and trouble of finding and interviewing these particular people was to make a political statement. The people interviewed know nothing about the subject they are being asked about.
They could have interviewed these the authors of these- 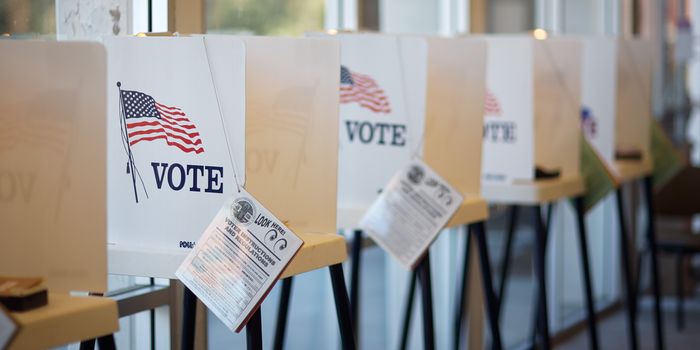 Or even better, hold an in-depth debate between Brennan Center representatives and knowledgeable people who hold opposing views.

The only reason to go to the expense and trouble of finding and interviewing these particular people was to make a political statement. The people interviewed know nothing about the subject they are being asked about.

Do you have any reason to believe that this group was atypical of Trump supporters?

Necessity is the Mother of invention…

In this case trump is the father of invention…any bets on whether he makes his support payments?

Max is just starting in on his latest game of False Equivalency Bingo with a post from the crazytown that is the WSJ op-ed section. @bibliophile20 should be along shortly to call this thread’s game. I’d wait a bit before engaging with whatever response he comes up with.