At the meeting, Spicer told his staff they’d be subjected to worse punishments if news of the meeting was leaked.

News of the meeting has now leaked.

Ooooooo. . . I wonder what the “worse punishment” is, waterboarding might be appropriate for “leaks.”

Tell him we look forward to his vote in 2020 against Trump then, who is also using an unsecured Android phone. 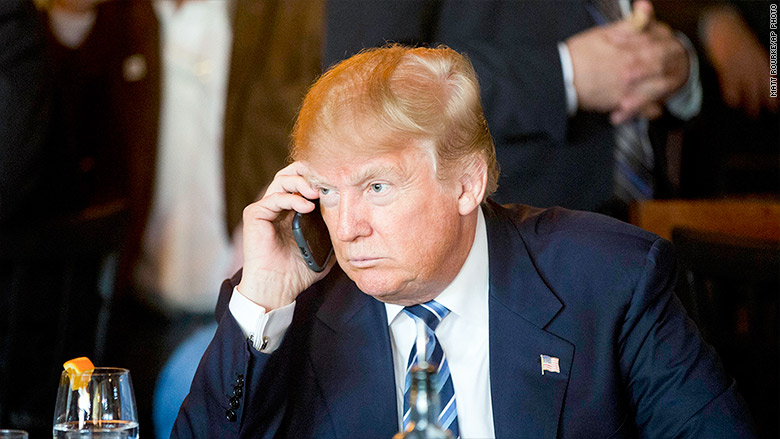 President Trump's smartphone and tweets are now cause for concern in the U.S. Senate.

How much do you want to bet that Spicer’s own phone is the one that was compromised? After all, if Trump apparently isn’t as concerned about security as he should be, why should his press secretary be any more security conscious?

6 Likes
The Body Orifice Security Scanner is why the rectally smuggled phone is called "Beat the BOSS"
Papasan February 27, 2017, 4:17pm #20

Okay. Maybe I’m not digging deep enough. I need something that isn’t dismissed as “Fake News”

No, you need saner friends. If somebody supports Trump, even after all the shit Trump has pulled, they’re too far gone. Put them on Ark-2 and crash them into a different planet.

Think about the poor indigenous population, going about their lives trying to figure out the Question to Life, the Universe, and Everything, who you’re inflicting the Trump supporters on!

At the meeting, Spicer told his staff they’d be subjected to worse punishments if news of the meeting was leaked.

Thoughtcriminals are doubleplusungood. Crimethinkers will be vaporized. Big brother is watching you pee, but don’t worry, it’s just his little sexcrime, not anything for you to be worried about.

Well then you’re out of luck if Newsweek is going to be dismissed easily. Maybe have them call the RNC or something. Because it’s certainly happening and certainly just as legal as it was before.

Given that the White House still has about 7000 positions to fill, most not requiring Senate confirmation and still no one chosen for almost any of the positions, I have to wonder how many will never be filled.

Hey, look! This is 7000 jobs that tRump could claim credit for! If they were filled, that is. Oh, and if these positions aren’t just replacing people who held them before. All righty then.

Put them on Ark-2 and crash them into a different planet.

Perhaps a KickStarter campaign to get things going…

An honest mistake. We were aiming for a flaming death in the insignificant yellow star, but the ark crashed on the third planet orbiting around it. Almost as if some computer program required it to happen.

Perhaps a KickStarter campaign to get things going…

I’m not sure that the infrastructure at Kickstarter is able to handle all those zeros on the right of your Very Large Number. Perhaps you’d be better starting on the ground floor with a Kickstarter campaign to build a bigger and better Kickstarter. Then you’d be ready to get things rolling. I’d certainly buy in at the keychain/certificate level if I had a million or two to spare to cover my share.

The funniest thing is, it’s trivial to reinstall an app. The good ones will save their configuration on some cloud server, which means you can reinstall them over and over without losing anything.

Your boss says uninstall? You uninstall, leave the room, reinstall. Or if you fear spot-checks, you reinstall only when you need to send a message, then uninstall right after.

This administration is giving new meanings to the word “incompetent”.

Perhaps a KickStarter campaign to get things going

As I recall, in the story The Marching Morons the “rockets” that took the morons to Venus didn’t actually need to take off, if you see what I mean.

Also, the architect of this definitively final solution was also earmarked for destruction because the intelligent people realised he was too dangerous to keep around.

If somebody supports Trump, even after all the shit Trump has pulled, they’re too far gone. Put them on Ark-2 and crash them into a different planet.

Are you suggesting a B-ark is better than Trump’s bite?

And I thought Malarkey was a tough name to have!