Watching the overtime on Lawrence O’Donnell’s show, and Johnston tried to slut-shame Melania and Maddow jumped in to shut that down.

Caught that. Seriously lame move on his part. 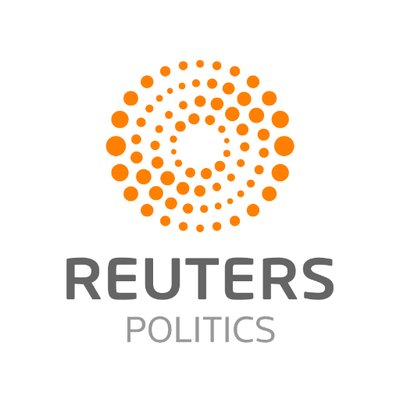 Probably they felt this return put him in a decent light. Although proportionately it is not the same as what middle income earners pay, $38 million is a lot. They put out the spin that he is only keeping the money to help his employees because he’s kindly that way. So yeah, could see this being red meat to gin up media hysteria while he quietly shanks the EPA.

However, I don’t think making money is wrong, and neither do I think paying as little tax as possible is wrong.

I think you’ve misconstrued the public interest in his tax returns. I think people want to know:
• Why has he refused to follow the norm (in place since the 70s) about releasing this information?
• What embarrassing, illegal, or politically problematic facts might explain his refusal to release the information?
• How much did he actually make? Is he really the savvy business leader he has (in part) built his reputation on?
• How charitable is he?
• What shady but legal tricks has he used to avoid paying (more) taxes?
• What shady and illegal tricks has he used?
• Is he actually under audit?
• If he is under audit, why?
• What ties to foreign countries might his taxes reveal?
• What conflicts of interest might his taxes reveal?
• Also, fuck this guy.

This just in: tRump shit his golf pants!

So an anonymous source leaks what is most likely the least controversial tax return Trump has filed in decades?

The WH gets to both condemn its release in the media as illegal, and defend it as a reasonable contribution?

It would be SO standard operating procedure for this government to have deliberately leaked this.

Thanks but no thanks, let’s see the last 5 years.

There’s likely very little in the tax returns that will be interesting at face value. If only because submitting a form saying “I have committed a crime” to the very agency that’s responsible for investigating that crime is stupid. And much of what would be useful or interesting would be in the other forms and in his business filings. 1040 forms don’t actually contain a lot of information. Basically just the numbers derived from all the more complicated forms, and some check boxes categorizing the return and your filing status.

But Trump’s finances and businesses are internecine and sketchy as shit. Every little piece of information that lands with journalists working in that particular subject could potentially lead to much more interesting/concerning information. More over continuing leaks of his taxes and business details keeps the pressure up, and could force his hand on releasing something meatier. They already dumped the 2005 1040 forms in attempt to defuse this.

So your kinda right. Won’t be too interesting in itself at first. You’ll get some headlines. Some easy stories on how little taxes he paid, how much he deducted. Info on his actual net worth with less bullshit. Just grist for the mill really. And most people won’t care. But that doesn’t mean it won’t lead to something more important and that its not important to report on and keep in the headlines for as long as possible. This sort of thing, continuing and taken as a whole can very much lead to something people will care about.

I don’t think anyone is raging against people or companies that file their taxes properly. If you file properly you’ll minimize your tax burden, but also avoid underpaying in a potentially illegal way. What people are usually complaining about there is exploitation of the complexity of the tax code to avoid paying what you should. Special treatment for the wealthy and certain companies that push their tax burden below what makes sense and is ethically sound. Should a very profitable Oil company be getting massive tax rebates? Such that they not only don’t pay any tax at all, but get actual cash money from the federal government? Even if that’s technically legal? Should a wealthy person be able to avoid paying the bulk of what their tax payments should be, based on the letter of the tax code? By shifting income to entities that aren’t or can’t be taxed by the US government? Even if that’s technically legal?

People aren’t complaining that the wealthy and large companies aren’t volunteering to pay extra. They’re complaining that they’re avoiding paying what they would (and should) given a level playing field. Also that they can effectively have the letter of the law changed if they can’t find a grey area to exploit.

I have a general inquiry that in no way questions anyone’s journalistic skills, or gives power to Trump by distrusting the system. I really do want to know about the checks and balances.

When someone publicly releases their own tax return, is there someone at the IRS with the authority to confirm or deny the accuracy of that return?

(I don’t expect them to comment on leaks. A leak confirmed by the owner might be a gray area.)

On the Maddow Show (the ultimate arbiter of everything, I guess?) they said the IRS is forbidden from releasing or revealing any information contained in tax returns.

(Which enables Trump to say without fear of contradiction, “I’d release my returns, but I’m being audited, so I can’t.” Which is bullshit anyway, because even if he was, he could.)

A leak confirmed by the owner might be a gray area

If I seemed frustrated, it’s that you’re asking a hypothetical in response to a different actual situation, and it’s hard to tell if you’re misinformed, or cynical, due to the attirude in the other thread.

Thump has released no documents to the public, unlike every other president in modern times/

He just confirmed that they are the actual ones.

Yes, of course. It’s strictly taboo for IRS to release anything, but I’m wondering about the situation where the person voluntarily releases their own tax return information.

On Maddow they suggested the IRS could not comment on any such information.

Were they wrong in saying that? Hell if I know!

ses their own tax return information.

it’s not taboo. it’s a violation of a taxpayers right to privacy. There are a few exceptions to that, but no, the IRS cannot validate the authenticity of a return, because that would be information, and they’re not allowed to release information of that nature.

There is no violation of privacy rights if the person has released their own return, they wave their privacy rights when they publicly and voluntarily publish the information. Likewise a lot of these “no-comment” rules get clear exceptions for compelling public interest. Its likely that the IRS could confirm or deny the veracity of the presidents or a presidential candidate’s released or leaked returns in some fashion. Under circumstances where it was important to do so.

But frankly that’s all pointless. Until and unless you’ve got compelling reason to think this return is fake. Even if there’s a rule set in place to allow confirmation, the IRS is gonna no-comment it unless there’s a real reason not to. Trump = Super villain with a master plan! Everything he does is a nefarious master stroke! Is not a compelling reason to suspect its fake.

It doesn’t look like they could. Of course- I’m not a lawyer. Nor have I ever played one.

“The term ‘‘disclosure’’ means the making known to any person in any manner whatever a return or return information.”

I’ve heard fellow liberals MANY TIMES essentially make the argument that we should be outraged at people or companies that avoid paying taxes.

Well, if it’s a generic assertion in a vacuum, then it’s as offbase as being outraged at having to pay any taxes at all. The more relevant discourses involve precise amounts, and who did what amount of “creative” weasling to explore unintended loopholes. SOME tax evasion is indeed outrage-worthy, and we’re at the stage of trying to figure out what category tRump’s antics fall into.

Further, we the public are emphatically entitled to make this assessment. This is the president, and he can and should be held to a higher standard of scrutiny and ethics than even the common person. That the president has made it so difficult to do so speaks volumes about him right there. He makes the presumption of his innocence harder than anyone I’ve ever seen.

His deduction of his golden showers as hydrotherapy was really pushing it.

This story calls for some top-tier stock art

Put me down for “false flag.” Not enough of a story.

Maddow’s been consistently good on the Russia thing - this could be the start of an attempt to de-legitimize her entirely.

Call me conspiratorial, sure, but we have an actual Nazi propagandist getting Trump’s back int he whitehouse, and this lil’ balloon only helps Trump.