150+ miles is not close in that part of the world

(not that Trump would understand that)

Since Job 1 for all Trump projects and endeavors is for Crooked Donnie to get enriched with everything else being secondary and it seems he got overly well-compensated here, I’d say it’s a huge success on its own terms.
Anyone who expects any quality from anything with the Trump name on it either hasn’t been paying attention or is a fool. Or maybe paid to act like it isn’t some sort of extractive shit show, like the kids and Melania. (Apropos America’s most beloved gold digger, since she can’t get her windfall by divorce – not likely to happen – the only other way is widowhood to which I say the sooner the better. Of course, at that point, the four oldest whelps will do their best, such as it is, to fuck her and Barron over. Still, appropriate thoughts and prayers.)

I suspect Trump heard Valley and California and assumed there was only one.

Why did Devin Nunes's parents and brother cover their tracks after quietly moving their family farm to Iowa? Ryan Lizza went to Iowa in search of the truth—and strange things started happening.

It’s a month in and there’s still no Android app and no significant progress on its post-launch capacity problems.

And not a single Trump post. The one thing that he withheld from the other sites that would have been their approval stamp. 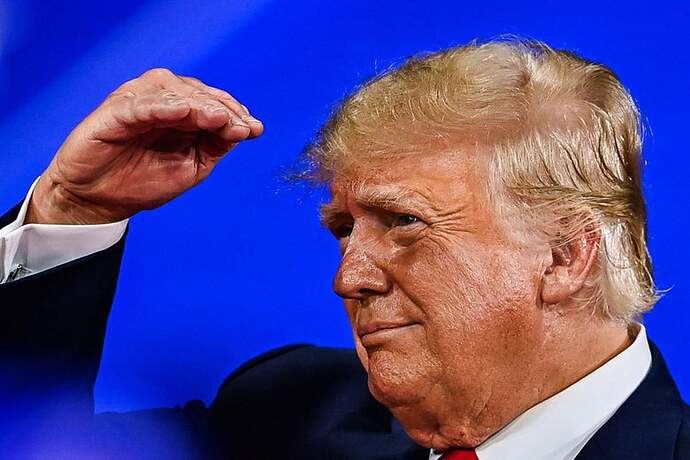 The former president is reportedly none too happy that his Twitter clone isn't taking off.

Even if you take out the Turmp part, it would be silly to think anyone can choose to make a successful social network. That’s never been how it works. If all it took was a racist game-show host and a crowd of gullible boobs, Google would definitely have managed it.

History is very clear that the secret to a successful social media platform is to (1) build a mediocre web app and (2) wait for random luck. Obviously, Reagan-brained chuds might struggle to grok this, having literally bet their lives on the lie of meritocracy. But I think the people pretending it’s a shameful failure on Turmp’s part know better, and are just trying to convince themselves he’s washed up.

I mean, he might be. But this dumb app would’ve failed for sure in 2015, too – it would’ve failed if Obama had done it – so maybe don’t use it as a yardstick for where things stand.

Their largest pool of users would probably be the thoroughly uninformed but these people don’t look for shit on the net. They end up somewhere and then settle there. A long time ago you’d find these people concentrated in Yahoo forums and Q&A or some other place not too many links off from their home page.

Now they end up mostly on Facebook, the comments on youtube, various disqus forums, they might get Q’s over to a chan imageboard but those have the benefit of requiring no registration. None of these people are going to tolerate applying and waiting for approval.

There are some technically sophisticated older GenX and Boomer conservatives. They maybe had a ham radio or a modem back before most people even had a computer but these are the most crotchety stubborn people on the entire internet. They hate social media or anything else “new” and despite being stuck in time they’re still usually repulsed by the sort of people who would hang out on voat. I explored the modern SSH BBS scene a few years back and found maybe the epitome of this in some of the echomail feeds. Conservative Slashdot posters are another good example.

So who is gonna sign up for the Truth network? Well they’re probably already on gab, voat, kiwi farms, daily stormer, and some chan imageboards(1). I’d wager most of these users know Trump is a joke by now but they might still vote for him on account of being the most racist option but they’re not going to migrate to his forum when they already have places where they know the admins and have friends and stuff. They’ll tell useful morons to go vote for him but they don’t actually have anything to discuss with a flat earth anti masker.

(1) Some of these are probably down now but you get the idea.

A source told me that NuStar sells almost all of its milk to Wells, an ice cream company in Le Mars, which makes the Blue Bunny brand.

literally bet their lives on the lie of meritocracy

… an especially confused vision of meritocracy that goes, “The best man should win, and will win, and of course that’s me”

So, does this mean that one of the problems is that before voicing an opinion, a typical user is forced to directly confront the veracity of a particular statement, and whether or not an offhand remark about someone’s ancestry or hygienic practices deserves to be burdened by a label as momentous as “truth”? What an intriguing notion.

And you still can’t access their “network” on the web. That’s what is really pathetic.

I think it is also just misunderstanding what their fans want and are trying to make a conventional media network in the guise of a social network. They are looking at Fox news, OANN, and whatever drek and assuming that because their target audience will sit and watch TV and have Tucker Carlson vomit diarrhea at them, they want an online social media platform where they can get the same.

But that isn’t how people use social media. Facebook and Twitter didn’t get to be cesspools of white supremacy because Mark Zucerberg is constantly posting KKK memes and everyone else just likes and shares them. They just created algorithms that promotes “the thing we can measure that we call engagement” above anything else. It turns out that with no controls and no oversight this is a pretty good breeding ground for online extremism whether it is ISIS, Russian trolls, or American fascists. But I don’t think that a centrally planned, ideologically pure platform specifically pushing the agenda of a small group of insiders is ever going to succeed as a social network.

There are also vastly fewer of them than they think there are. The Right always fancies itself as the “silent majority”, but that wasn’t true when Nixon made up the term and it isn’t true now. Social media networks need critical mass, and there simply aren’t enough ignorant racist misogynist conspiracy theorists out there to do it. Those people punch above their weight in politics because of corruption and broken electoral systems, but that’s it.

All one has to do is look at the community response to every one of their “protests” (Jan 6, Moron Convoys, Charlottesville, etc). Everyone who lives in the places they go for those “protests” is angry at them and pushes back hard. Nobody in Ottawa wanted those truckers there, any more than anyone wanted Rittenhouse in Kenosha. The small band of chuckleheads that they manage to round up from across the country to go to one spot is… basically everyone that shares their reprehensible beliefs.

Compare to responses to protests Iike BLM, which are nationwide, spontaneous, and well supported by the majority of cities hosting them. 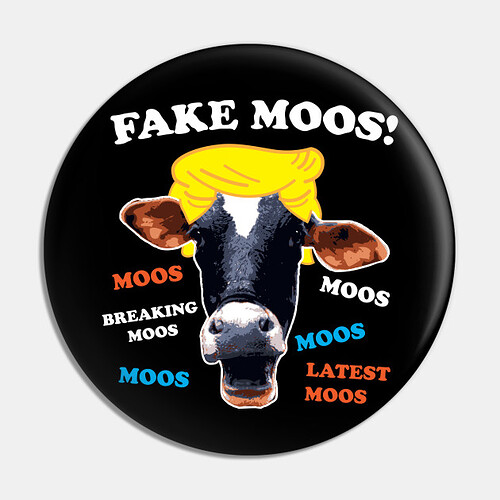