As for Truth Social, if von Clownstick is let back onto Twitter then Nunes will join the ranks of those betrayed by the grifter-in-chief.

For all their short-term confusion tactics, fascists and grifters alike are ultimately very predictable.

At what point will these grifters learn you’ll always be out-grifted by the Grifter Supreme?

… but he still personally profits from that death. Every time. 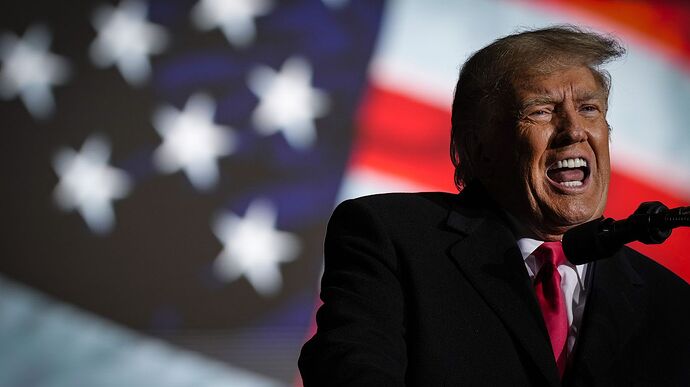 The decision will end a two-year ban and allow Trump to post and raise money using the platforms.

I don’t understand Facebook’s motivation here. They already went through as much fallout among the MAGA crowd as they were ever likely to get for banning Trump back in 2021 and he never stopped spreading the dangerous election lies that got him banned from Facebook in the first place. Why the hell would they want to deal with the headache of having Trump on their platform again? Are they jealous of all the press Twitter has been getting for reinstating fascists?

Well, it’s done. Trump is returning to Facebook and twitter. Truth Social is officially a tricycle at a drag race.

So he’s a Republican?

Trump has held off on going back to Twitter for a lot longer than I expected him to. It’s been over two months, so far.

Famous enabler of right-wingers Nick Clegg, now an executive at Facebook, made the announcement. This decision reeks of his cack-handed input. 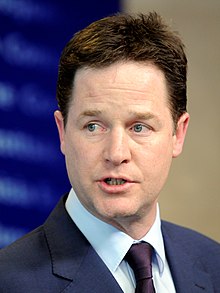 Pages for logged out editors learn more Sir Nicholas William Peter Clegg (born 7 January 1967) is a British media executive and former Deputy Prime Minister of the United Kingdom who has been president for global affairs at Meta Platforms since 2022, having previously been vice‑president of global affairs and communications at Facebook from 2018 to 2022. Before joining Facebook, Clegg served as Deputy Prime Minister of the UK from 2010 to 2015 and as Leader of the Liberal Democrats ...

With any luck, Nunes and Orange Pravda will shortly be forgotten footnotes of history.

At what point will these grifters learn you’ll always be out-grifted by the Grifter Supreme?

“There is only one Lord of the Ring …”

Truth Social is officially a tricycle at a drag race.

I dunno. A big-wigged, high-heeled drag queen doing a bit with a tricycle? I’d watch that.

oh, you mean a drag race with CARS!

Trump has held off on going back to Twitter for a lot longer than I expected him to. It’s been over two months, so far.

Presumably that means that he hasn’t collected his share of the rake-off from Truth Social (if there is any) and that he’s contractually bound to the platform until he does.

The only thing that could stop him from spewing his trademarked brand of empty-headed petulance to his millions of admiring cultists on his favorite platform would be a substantial financial incentive. Or the threat of a lawsuit for non-performance that even he knows he can’t win. It sounds as if Mr. Art of the Deal talked himself into a contract that he can’t get out of and that isn’t paying him as much as he expected. What a shame.