What is a Jill Stein ringer?

The reason that she generates so much hate is simply that she is anti-war.

Yeah, just keep telling yourself that.

I think Syria’s government poses a direct threat to Syria’s citizens. And if W hadn’t squandered our moral authority on two failed and thinly pretexted regime-change wars, we’d have been in a position to take appropriate action in response to the actual war crimes Assad actually committed, with an actual coalition of UN allies enforcing actual UN policy.

I was hoping the local (Hawaii) media would come through with some extra information (as with almost everything Tulsi does, there is surely a locally-connected back story), but nothing yet. Two things that stand out for me at this point: (1) the law firm she’s using, Pierce Bainbridge Beck Price & Hecht, is a very heavy hitter. (2) Whatever the merits of the 1st amendment claims, there is probably truth to the assertion that the shutdown cost her campaign quite a bit of revenue at a critical time (especially as she used her congressional war chest to kickstart her presidential campaign, and for the first time in years she has a serious opponent for her house seat). Even if Google settles for a couple of million, that would help her keep her current job.

The reason that she generates so much hate is simply that she is anti-war.

So are Warren and Sanders, who are second in the polls right now. She does not generate hate, only indifference. The others are more interesting candidates.

If you actually look at her legislative record and policy positions, she is solidly progressive.

She ranks solidly in the bottom half of most conservative Democrats in Congress when you examine her voting record. She voted with the GOP to block Syrian and Iranian refugees from settling here. She visited with Assad, continuing a rich tradition of American politicians propping up brutal dictators with photo ops. She was at one point up for a Trump cabinet post. She voted for the Trump tax giveaway to the rich. That alone disqualifies her in my eyes.

She’s not a good candidate, and it’s not because she’s anti-war. It’s because the base of the Democratic party isn’t interested in her overall views. It’s time to move away from the “conservative-saying-they-are-centrist” politician. Today’s centrist is 1985’s radical conservative, and I believe most Democrats are tired of the wishy-washy views of such candidates. We want real change this time, not more of the same tired, dull, middle-of-the-right-wing-road candidates.

Interesting that the article doesn’t mention her Science of Identity Foundation background. Maybe they didn’t want to go down that wormhole, or maybe it’s because Science of Identity has hired one of the same journalist-suppression lawyers as Scientology uses.

FF to 34:00 for Tulsi Gabbard’s guru and the Science Identity Foundation: 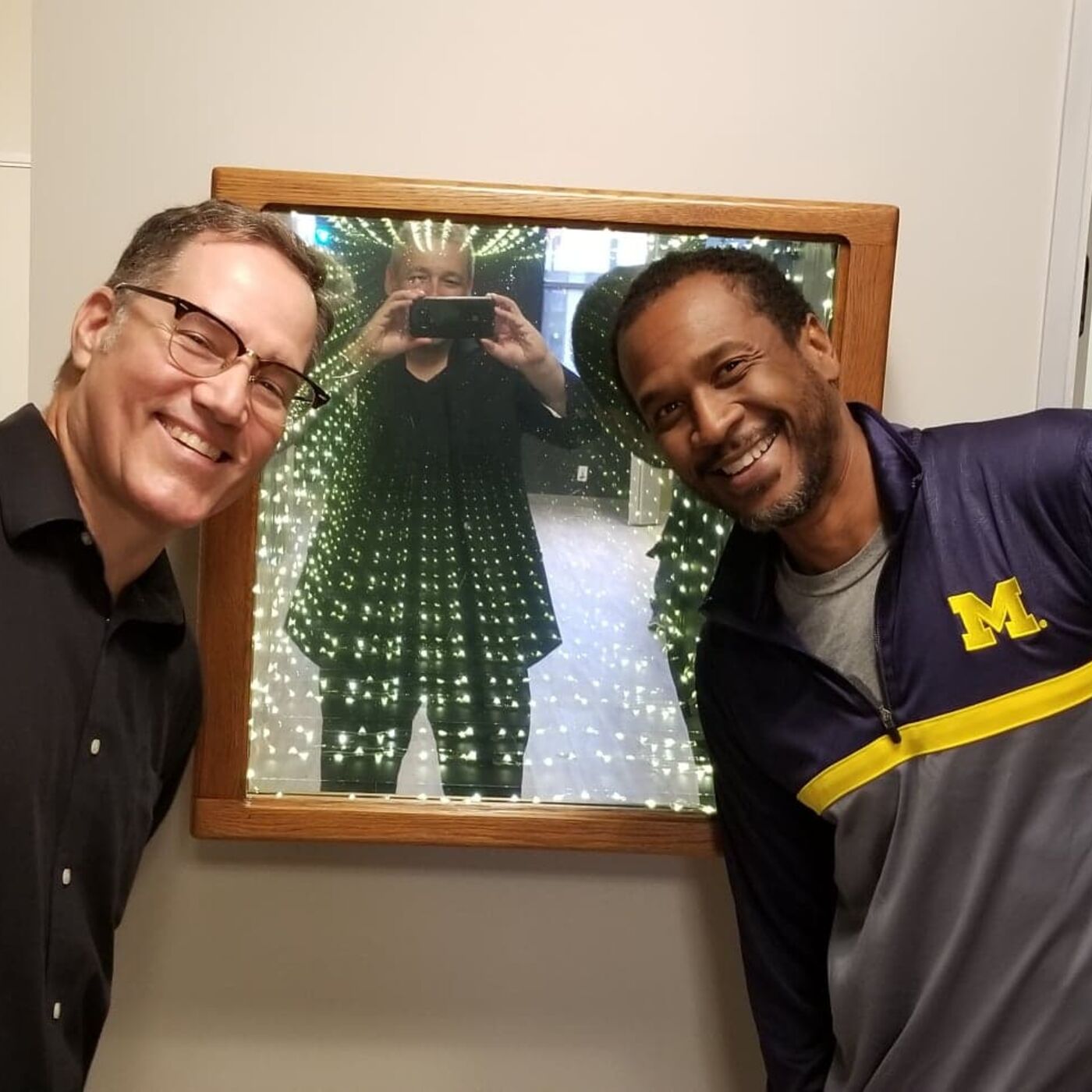 Show Me The Money + Tulsi Gabbard and the Science Identity Foundation - The...

Programmers note:  Light swearing in this episodeJerry, Tony and Jim discuss finances and high control groups, more specifically how members' finances are often tied to the group. Plus, 16:58 -  A happy Scientology story, getting people...

It’s mainly a summary and questions that Tulsi Gabbard has never addressed. And she’s unlikely to, because even if she’s out, they have a disconnection policy like Scientology against anyone speaking publicly about Science of Identity and Chris Butler.

because even if she’s out, they have a disconnection policy like Scientology against anyone speaking publicly about Science of Identity and Chris Butler.

There’s nothing secret about Butler or his views; he used to be a regular on our public access channel, and many of his disciples (including the Gabbards) have been pretty high-profile here for many years.

There’s nothing secret about Butler or his views

High control groups usually have a few layers of secrets. I doubt what he said was more than the surface layer of what he wants the world to see.

is there any indication that this was other than google says? an automatic suspension? Like I’m not seeing it but did she do something weird with her account to make the system think it was suspicious? The implication seems to be that google doesn’t like her and so they suspended her account when she could have gotten lots of hits. but like, i mean even if you don’t advertise with google I’m sure if you searched her name her website was probably like the first result…

like, if i google her now, yes her campaign ad come up first, but then it’s 1. her wikipedia, 2. her twitter, 3. her .gov website, and 4. her campaign site. It’s not like that ad is the only way to get to her…

They flushed the system with a high volume of ad-buys, probably within the space of some panicked minutes, because they were trying to make the most of their debate moment.

That’s what probably tripped some Google Ads limiter to lock the account.

There is an argument that google should have had human beings on the debate candidates accounts, since it’s obvious there would be special ad buys for the event.

But I doubt it was more conspiratorial than getting locked out of your email account when you log in ten times in an hour from a weird place/new device.

I happen to agree with the majority of Gabbard’s policy positions. I also happen to think that she was/is overly eager to be patted on the head by the right-wing, particularly on the issue of Islamic terrorism. She’s been associated with some repugnant stuff on LGBTQ issues, but I am willing to accept that people are capable of growth and change as she apparently has done on these counts.

But even as a supporter, you have to recognize this suit against Google is extremely ill-advised and poorly thought out, don’t you?

Half right. ‘Trump appeasement’ works because he’s actually in power.

The first amendment applies to the government, not to Google. Even if they had suspended her account because they simply didn’t like her, she wouldn’t have much of a case.

Maybe, but interfering in media and elections is a whole ‘nuther level of fuckery. I predict this will backfire badly for Google.

If it wasn’t a human suspending the account, and it was automatic, I don’t see how it’s “interfering”.

I don’t think Google will notice this lawsuit, because it will be forgotten in two days. I think Gabbard was making the most of a blip to drive donations, like most politicians do every day.

If it wasn’t a human suspending the account, and it was automatic, I don’t see how it’s “interfering”.

That’s a rather naive assumption.

She is not wrong. I miss the days when at least some parts of each side of the political spectrum didn’t want the U.S. to play world cop. Now hardly anyone bats an eye at the idea of us intervening all around the world forever, and when they do they are mocked and marginalized.

Right now, unless your name is Biden, Wareen, Harris or Mayor Pete, no one is giving you money. No one. So file a suit, get a free news blip, maybe make some cash on the suit (Gabbard has NO Senate re-election fund) or fundraise among your feverish, hard-done-by fanbase by ascribing to conspiracy that which could be explained by incompetence.

Gabbard shouldn’t be a candidate here. No money, no votes, from a small state …

She is not wrong.

And yet she doesn’t actually believe what she’s selling. If she doesn’t think Syrians pose a threat to the U.S., why else vote to erect more barriers to the U.S. taking in Syrian refugees? Her policy seems to be one of incoherent, nearly Republican cruelty: don’t lift a finger to protect oppressed people, but if they manage to escape, turn them away at our border.

That’s a rather naive assumption.

If Google wanted to nefariously tank her, they wouldn’t publicly suspend her ad buys, the day she was in the news. How does that make sense?

If they had an evil plan to mess with her, they’d take her money and downgrade her ad frequency or show the ads to users in South Sudan or whatever, and who could tell?

But what do I know? I’m naive…