Paging Mr Canute, your tide is coming in.

He must be one of the pissed-offedest monarchs in the afterlife by now.

While we’re on the topic of global politics, any chance of coverage of the Crimean secession referendum? No one seems to be discussing it anywhere.

Is there just a lack of reliable information? I’ve tried sifting through various sources, but everything leads back to Russian citations, and I can’t find solid, verifiable, independent information about anything to do with it.

“The international community can say this, can say that. I don’t care at all. Everyone will see how powerful the Republic of Turkey is,”

Umm… Your nation state is fighting with, and apparently not winning against, an internet company with core competence in moving text snippets and gulling investors into paying real money for Magic Web 2.0 Value.

That’s what we in the reality-based-community call ‘pathetic’. Also, guys, DNS-based blocking? And totally forgetting that Twitter was originally designed as it was specifically for SMS and not making arrangements on the telco side? Terminal noob.

The President of Turkey. 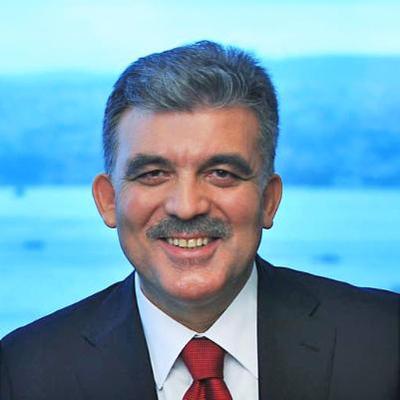 I used to admire the way that Turkey managed to maintain a secular country with a religious population. Erdogan is a fucking disaster.

Canute never tried to control the tides. He was making a point about his own powerlessness (if he did anything at all). Cnut the Great (Old Norse: Knútr inn ríki; c. 995 – 12 November 1035), also known as Canute—whose father was Sweyn Forkbeard (which gave him the patronym Sweynsson, Old Norse: Sveinsson)—was King of Denmark, England and Norway; together often referred to as the North Sea Empire. Yet after the deaths of his heirs within a decade of his own, and the Norman conquest of England in 1066, this legacy was lost. He is popularly invoked in the context of the legend of King Canute and the tide, wh As a Dan...

Now if they could only block Facebook, they’d have something…

I used to think Turkey was cool too, until I found out about how women are treated there.

1/5 can’t read, 1/4 were forced to quit working by men, their participation in the workforce is half the EU average and declining (unlike all other major islamic countries like Saudi Arabia), 39% of women in Turkey had suffered physical violence at some time in their lives, 42% of the surveyed women said they had been physically or sexually abused by their husband or partner.

The role of women in contemporary Turkey is defined by an ongoing gender equality struggle, contributing elements of which include predicate conditions for EU membership candidacy, prevalent political tides that favour restrictive patriarchal models, and woman's rights activism. Women in Turkey continue to be the victims of rape and honor killings; furthermore research by scholars and government agencies indicate widespread domestic violence in Turkish population. Women in Turkey also face signif...

I guess at least part of the issue is the difference between Istanbul and the rest of the country?

On the Plus Side, Babs continues to have a career https://www.youtube.com/watch?v=ZrAFFOyGWkA

So Yeah ERDOGAN…all you give is all you get!

Here’s a brief article about a 100 year old article about Turkey (sorry about the meta) published in The Graphic in 1914. Seems Uppity Turkish Gals don’t go out of fashion.

Can you help me understand what you’re looking to communicate?

I don’t know if I can. I thought it was interesting to post a picture from an article commenting about the struggle of women in Turkey a century ago to illustrate its apparent interminability. Sorry to answer a question with a question, but what’s the nature of your difficulty?