So which leader could you take seriously, given the requisite amount of drugs?

I’d like a decent socially democratic PM, but seeing as Corbyn can’t get behind the requisite spin needed to sell him as that, I’d be open to offers. Fuck, I’d take Ken Clarke and a box of Tramadol over the current shitshow. He’s a tory bastard, but a relatively sane, predictably corrupt one.
Lil’ timmy, however, wants shooting out of a circus cannon into the Thames.

I would love to hear your reasoning behind why Ken Clarke (chairman of British American Tobacco) is more worthy of being taken seriously than Tim Farron. Farron has been victim of a lot of unjust smears of late, but he seems to be a fundamentally decent sort to me.

Well, I did say I’d need the Tramadol, and that he’s a scumbag

I just think Farron’s ineffectual and seriously conflicted in his beliefs as opposed to the LD party line. And I still haven’t forgiven them for Nick Clegg and the coalition. Hell, I voted for them in the 2010 election as I hated Blairite Labour so much…

Which beliefs? I think he’s been pretty clear on why there’s no conflict between his beliefs and his liberal values. He’s not a fundamentalist Christian, many evangelicals are, but it’s not a requirement. He has a flawless record on LGBT rights (please ignore attempts to smear him in that regard), despite a faith-based personal stance against Abortion is a supporter of the law as it stands, is in favour of the disestablishment of the CoE, is against faith schools… not sure what else is left after that?

I never had a problem with the coalition, seems to me the people who got upset with them over it were just unaware what coalitions entailed, coming from Ireland I knew what to expect. The main thing they cocked up there was the alternative vote referendum, they should’ve held out for a proper question rather than the watered down alternative they ended up with, though even that probably wouldn’t have passed. The tuition fees thing wasn’t a big deal. They undoubtedly helped curtail the Tories’ excesses, and the country was in drastic need of getting shot of Labour so I’m glad they didn’t form a coalition with them.

Some fucker removed me from the electoral register.

At least I found out today and not next month. I still don’t get to vote in the local elections though.

Well that’s my optimism out of the window. The years & years of nasty rhetoric about evil immigrants and the dark force of the EU is paying off nicely.

The Green Party was wiped out though (by Labour)

Excellent! The Greens did make some gains though, a pinprick of light.

What? WHY? Are they allowed to do that?

Well, we’re on track and on target. Full steam ahead for the cliff edge!

This is disturbing knowing your background, do you have any more info about why you were removed?

[quote=“Callanyveg, post:298, topic:86909, full:true”]
Well that’s my optimism out of the window. The years & years of nasty rhetoric about evil immigrants and the dark force of the EU is paying off nicely.[/quote]

Yeah, some very worrying council results. The general election is simply about consolidating her power now and when she talks about “saboteurs” and “crushing the opposition” and doubling down forever on austerity i am disgusted the polls are showing how popular she seems to be. It makes me hope the failure of early polling is in effect here as well but labour have lost so many council seats…

Are they allowed to do that?

They can remove people from the electoral register if they don’t reregister, but I filled in the form and had it sent off.

This is disturbing knowing your background, do you have any more info about why you were removed?

Nothing yet. I remember filling in the electoral register form and asking a friend to post it. I doubt he would have deliberately not sent it, as he has talked me down from several anarchism inspired “Why should I vote for any of them, they’re all bastards” rants. He said he did post it and I believe him.

As it turned out, my lack of vote made absolutely no difference to the result. Labour got three times the votes that anyone else did here, in both the county council election and city council by-election, but that’s hardly the point. We had three or four seats in the UK decided by the drawing of lots, and if I had been in one of those seats then I might have made the winning vote.

Hopefully it’s just an admin cockup given how inept local authorities seem to be and not an early warning of the v for vendetta future we seem to be heading into. Five more years of norsefire conservative rule is all but assured though. I’d partake in a bit of tactical voting if i wasn’t in such a safe labour seat for all my voting life and a considerable time before that. Dwindling support however…

Larry Sanders will be standing for the Green Party in Oxford East.

There will be no Green Party candidate in Oxford West and Abingdon, they are asking Green voters to vote Lib Dem instead. Despite my issues with the Lib Dem party I think it is a good idea.

I’ve been repeating myself in various areas but… we just need to get the fuckers out. I’m with Ghilbert on the Tramadol voting for the slimiest of Blairites if there’s a chance of getting rid of them. I’m terrified of the economy fully transforming into the red in tooth & claw, late capitalist shitshow that was seen coming forty years ago.

I think ideally there should be no tuition fees, but also that far too many people go to university as it stands and that’s a big part of the reason why it’s currently so expensive (it’s the same in the US, even worse probably). It’s seen as a normal middle class thing to do, spend a few years in college, mostly go on the piss and do a load of drugs, squeak by with a passing grade, then end up getting a job that nothing to do with the degree you just took. The Germans have a much better system for example, with far greater focus on vocational education and apprenticeships (with less than 25% of people going to university, which is mostly state funded). We need to move away from the notion that university is a requirement for people, for getting a job. It’s certainly important, and certain people do need it (if you want to be an academic, or you need to study some esoteric and/or complex field, or maybe even you just need that kind of regimented environment to learn), but the current system should not be the default and we need to disincentivize lots of people from taking that route and instead offer more suitable means to acquiring the skills and knowledge they need. 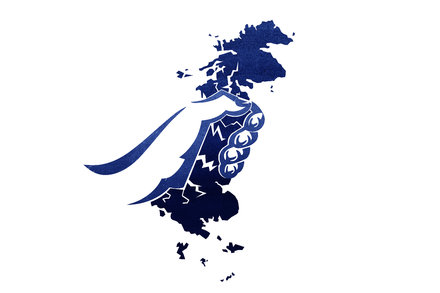 The main purpose of Britain’s general election is to destroy two-party politics as the country has known it since 1945.