UK Tory leadership race: "a sort of X Factor for choosing the antichrist"

Huh. Last I noticed, Frankie Boyle was writing for the Sun. The Leadsom bit made me laugh though.

I know I’ve been out of the country for a while, but I don’t think I’d even heard of Leadsom until last week.

It sounded like Ken Clarke summed them all up pretty well the other day.

It would be nice if we could have someone who’s as rationally evil as Clarke on the ticket. God, what a depressing thing to say…

There are rumours that she has inflated her CV, possibly with the fan off an RB900. 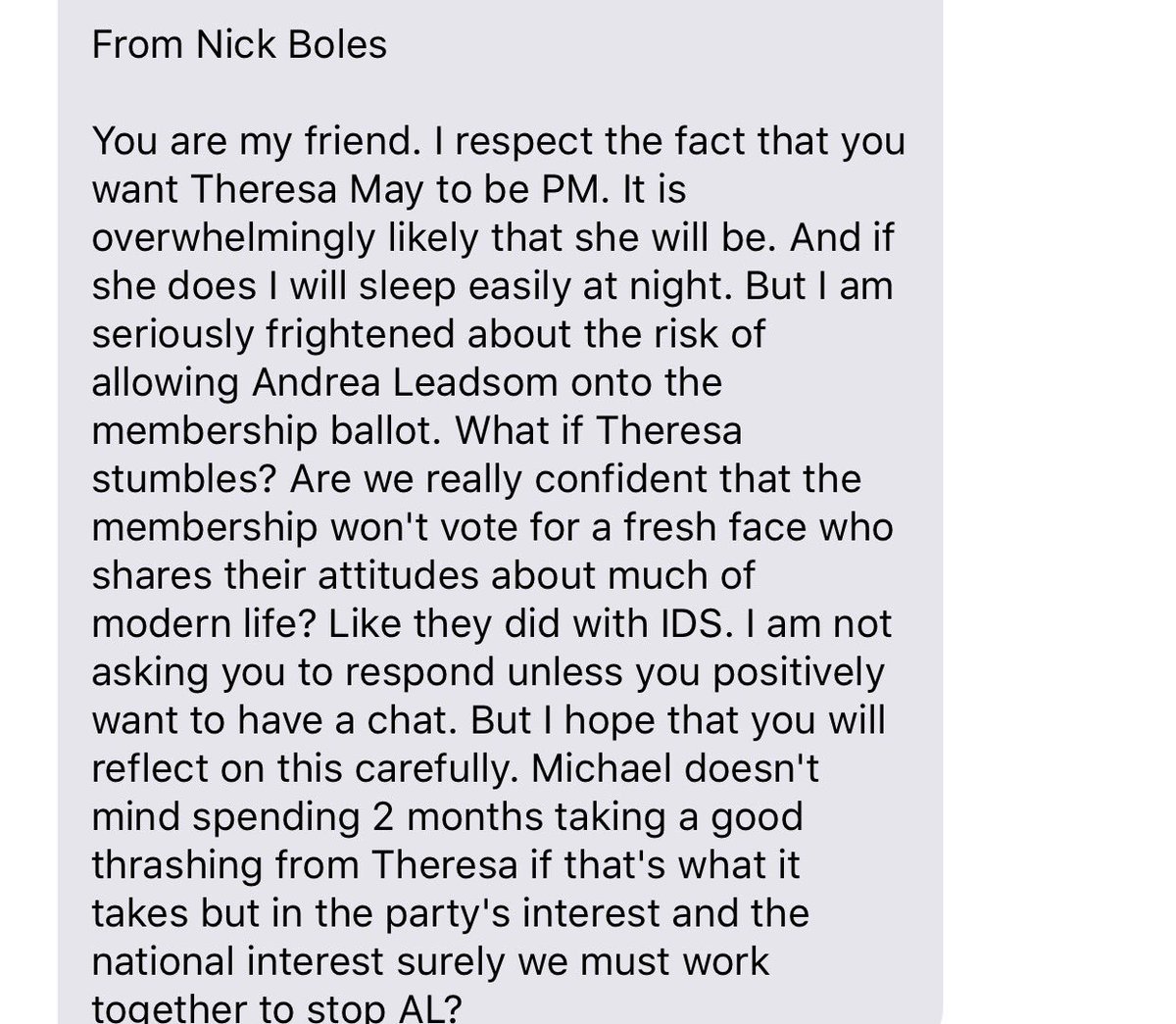 Oh, this is no use. That is just being rude to them.

These are a bunch of people who wanted to get rid of labour laws, human rights laws, anti-pollutuion laws, judgements against fracking, and other barriers to their profit. They arranged a referendum on Europe, and handed the country with a bow around it to the racists: with perhaps a quarter of the ‘Leave’ voters believing they were voting for ethinic cleansing. And they didn’t actually put that bit in words because Farrage and The Daily Mail was doing that for them.

Much as I would love to see the Year of the Four Emperors rock on in fine style, with each new PM getting stabbed by the last one, it is not going to go on until the 330th Conservative member has to stab himself. No, it looks like we may get stuck with Dolores Umbridge, ahem, sorry, Theresa May, who wants two billion pounds a year to spy on all our computers and our mobile phones; and us out of Europe; and the Conservatives to go for the full term. It seems all the other candidates - many of whom have never really been looked at by the press before - seem like bigger shockers, until the next surprise is revealed.

Labour have fallen on each other’s swords too, with Corbyn getting shafted by anyone and everyone, egged on by Blair, who then got a generous helping of what’s owing to him. There are only eight Liberal Democrats, and no-one’s talking to them because they aren’t resigning. The Scottish Nationalists have six or seven times more MP’s then them, but if Scotland goes, then England will be in the clutches of the Tories forever. Which may be another part of the plan in the longer term, though the Scottish referendum was just for staying.

And here we all are, watching this Roman circus, and slowly piecing to gather what happened, and why long after each event. I hope we will be a better country once this political lanced boil has stopped spurting this pus. But being rude just isn’t going to cut it this time. We are going to have to be Jolly Rude, dash it all.

Sorry about that. Until last week I had never stuck a poster in my window. Now, here I am, monologuing like a fool. I hope it isn’t permanent.

Stephen Crabb has come under fire for links to a group that claims it can cure homosexuality, and, having had a quick look at him, he’s definitely cured me: his beaming face is like a grim party game where blindfolded children have to try to place the eyes on to an identikit photograph of a murderer.

I wondered if it was the comedian, and that line there said yep that who it is. (this was before I checked the link)

So, May or Leadsom.

I guess it’s a good thing that the UK will have a woman as PM again. Shame it looks like being Thatcher Mk 2 whichever way.

Interesting notes from the Tory chap who stood next to me on the central line. https://t.co/CLFEzgC4Cb 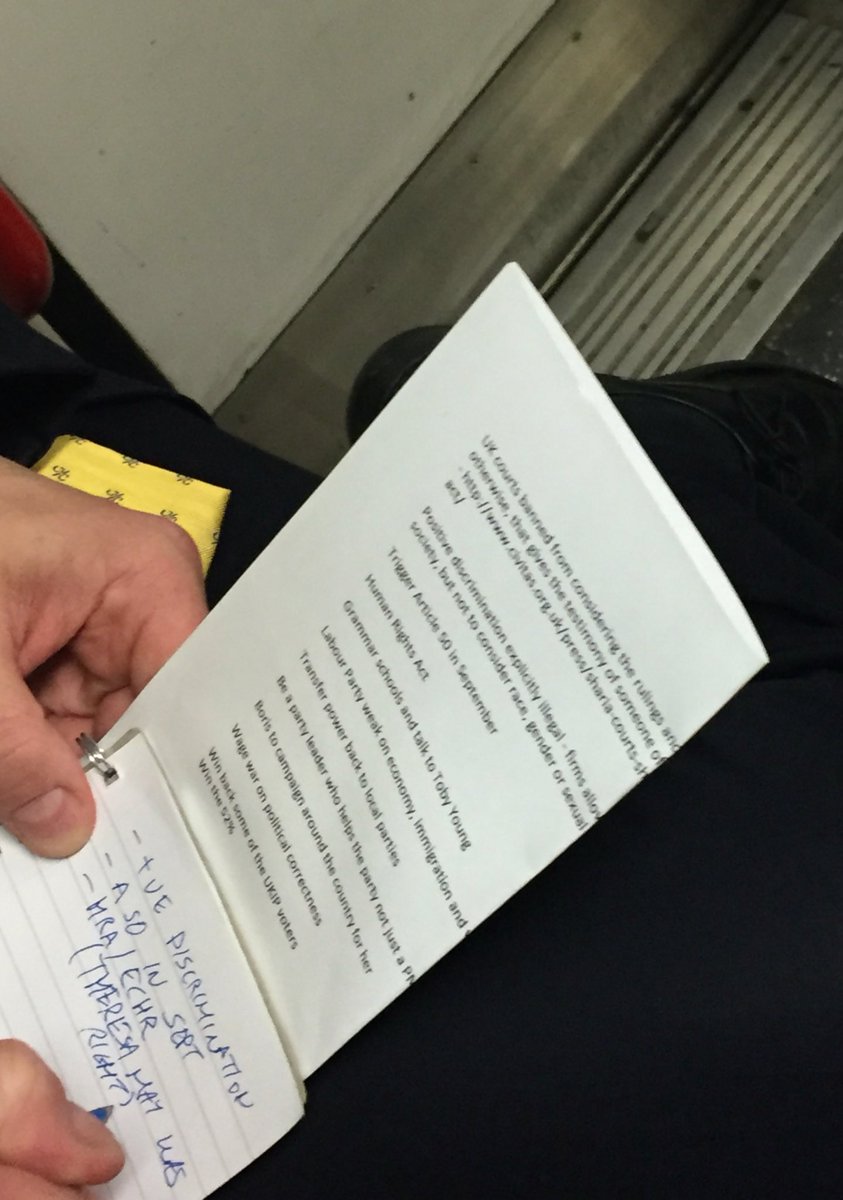 At least “Leadsom” could be santorumed and become an adjective:

Leadsom - a dead weight on everything; the feeling of depression one gets on waking up in the morning and realising that 17 million people really did vote against their interests; the realisation that UK citizens can never laugh at American politics again.
Examples:
There must be water in the fuel, my car is really leadsom this morning.
The pound is really leadsom against the dollar this morning.