Are those somehow not real hornworms?

We had scores of both tobacco and tomato hornworms last year. Most were sacrificed to the bird feeder, but you want to let a few go because they turn into the amazing sphinx moths.

My thought too, but nobody in my extended Slavic family ever put oyster crackers in borscht.

Let’s face it - pretty much everything shot in that film looked unappetizing (and I’m not talking just food).

apart from the worm which is without context I don’t see anything that can’t be made to look more appealing with a simple colour tint.

Hard pass. We got tomato horn worms one year, and rather than sacrificing all 100 of our tomato plants, we opted to destroy the worms with Captain Jack’s. Ended up losing about 20 plants, they’re hungry little bastards.

When I saw this headline, I was expecting another time leak because I instantly though of The Gallery of Regrettable Foods which has been featured a few times over the years on BB.

Year before last we had a problem with those little buggers. Squish squish squish. 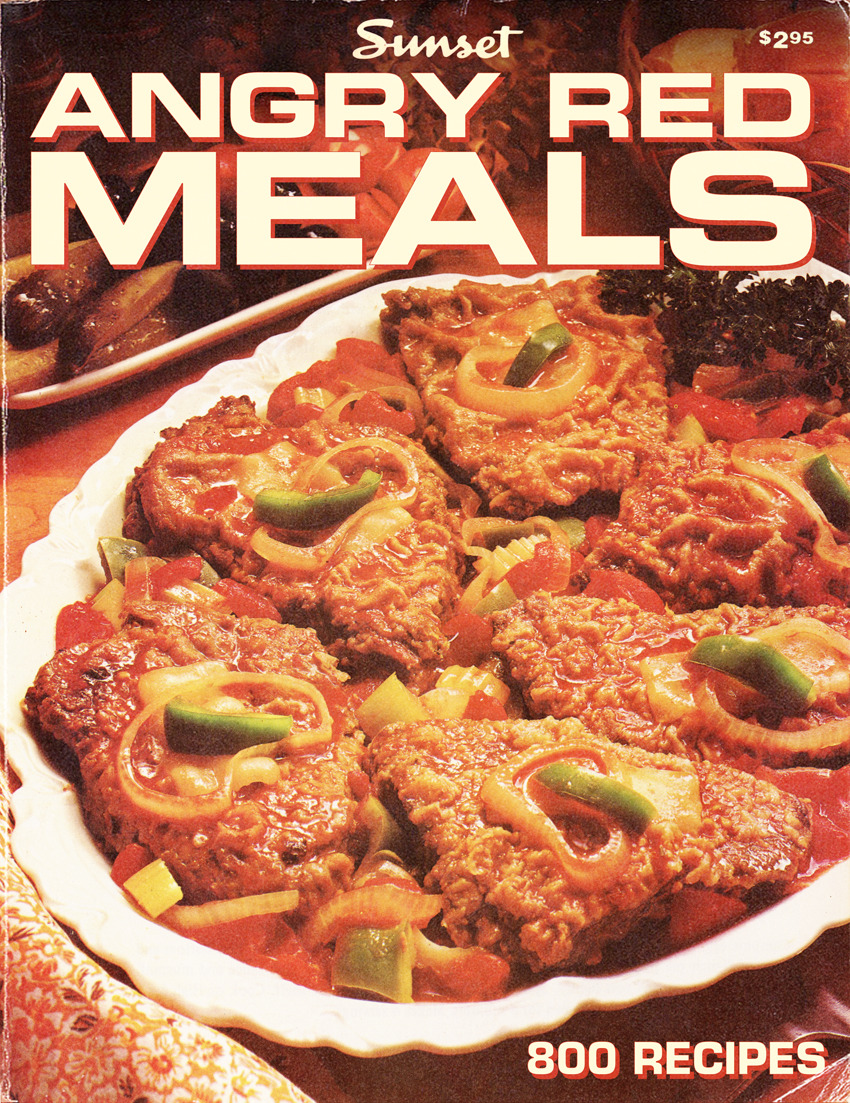 Sadly I don’t have access to the photo, so a couple hundred words will have to do.

I was recently flipping through a casseroles cookbook from the 70s. A lot of the photography was pretty good, all things considered. But one thing that caught my eye was a photo of a fancy table setting with a serving of Coquille Saint-Jacques1 at each place.

Except the stylist simply piled raw scallops – a lot of them, like a pound – on the shells and topped them with a couple sprigs of parsley. Raw scallops can be delicious, but seeing a whole pile of them standing in for something else was kind of disconcerting. Tater tots swimming in yogurt with a garnish of pencil shavings would actually have been a more visually plausible way to fake it.

1 In case this is at all obscure (I have no idea) this is a dish that was extremely popular back in the age of leisure suits and fondue sets, and is still quite common – you can find it frozen and oven-ready at many supermarkets in Quebec. It’s basically scallops in a creamy wine sauce, with a little melted Gruyère and maybe a couple rosettes of potato purée. A large scallop half-shell is both the cooking vessel and serving dish, one shell per serving. “Shells” made of other materials also exist.

Just to confuse matters, “Coquille Saint-Jacques” is the name used in France for a particular type of large scallop. (In Quebec we generally call the bivalves pétoncles regardless of size or type, so there’s no confusion here.) Wikipedia claims the creamy dish is Québécois, but Julia Child has a recipe for essentially the same thing, named “Coquilles Saint-Jacques à la Parisienne” and another variation à la Provençale. And when I was a kid, this was a staple menu item at French, not Québécois, restaurants.

i don’t know - if your mom or dad made an effort and this was the result - who is to complain. who is expecting vanity fair in the home?

As far as food disasters go, perhaps I have low standards, but many of those dishes look perfectly palatable. I would totally chow down on the fish sandwich and sloppy joe, and even the meatloaf looks decent. And the meat grinder picture looks completely normal – what else is ground beef supposed to look like?

But yeah, that tomato hornworm picture is inexplicable.

I’m trying to convince myself that those worms were artistically sculpted from … I don’t know, wasabi or something. Otherwise, if they’re real… ewww.

When I saw this headline, I was expecting another time leak because I instantly though of The Gallery of Regrettable Foods which has been featured a few times over the years on BB.

There’s a whole gold mine of retro kitsch over that way that sometimes turns into a time sink for me. A choice quote from his matchbook collection:

Think of that the next time you have a hot lunch and a choice wine at a cafe, and find yourself thinking that anything’s permanent.

Obligatory mention: The Gallery of Regrettable Food is all about this.

The problem way back when (or I should say… the challenge) is that they were photographing real “un prepped” food. Real food that has sat around a bit while the photographer sets things up. (Not to mention, some of these images are from the actual ‘vintage’ magazines that have faded/gone off over time.)

Here’s how to take food pics (not actually food, in some cases) and make them appear beautiful and appetizing:
https://petapixel.com/2016/03/24/photos-show-secret-tricks-food-photography/

They appear to be anatomically correct.