Unidentified object in Japan leaves people asking if it's a UFO...or a coronavirus contraption

Some speculated it could be a UFO, while others wondered if it was spreading Covid-19.

Meanwhile a prankster with more disposable income than me is having a shot of scotch and good laugh. 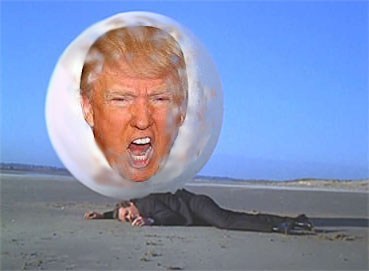 One of them weather balloon thingees witha GoPro doohickey hangin’ off it, I reckon.

" The bomb release triggered early, well before the U.S. coast. The balloon watched with calm resignation as the towering white plume fell back into the blue expanse. ’ I wish I could have done more for the Emperor’ it thought to itself,’ but the war will end soon and I must think of getting home.’
The balloon knew that there was no going back the way it came, the only way home was east. It had no family other than a pet weiner dog and giraffe, but desperately wanted to hear their squeeks and feel their static.’

’ It had been seventy plus years of updrafts and downdrafts. It’s route could only be described ‘as the crow flies’ if that crow was blind,drunk and suffered from vertigo. But it’s journey was finally coming to an end. The balloon looked at the Japanese countryside it had longed to see again. It floated excitedly over the beach; and over a village and a mountain range. It drifted over forests and streams and meadows and more towns and another beach and…‘fuck’

It’s a Radiosonde. Geeze I learned about these in 5th grade. They’d have PSAs about what if you found one, and how you should ship back the payload. 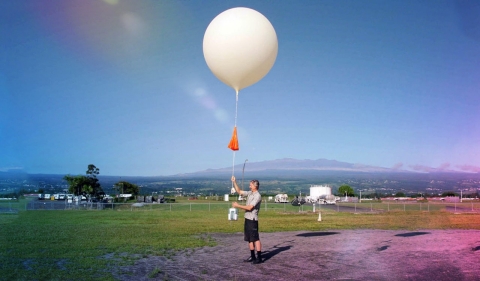 back when I lived in Knoxville, the pizzeria I worked at had a big helium tank in the storeroom, for some reason.
so naturally, Sammy and I filled a giant 50-gallon trashbag full and tied it off. this was when the anthrax scare was in the news, so Sammy thoughtfully tied a note to it that read “definitely NOT anthrax” and we let the sucker go in the parking lot.
it rushed upward and was out of sight inside of a minute. 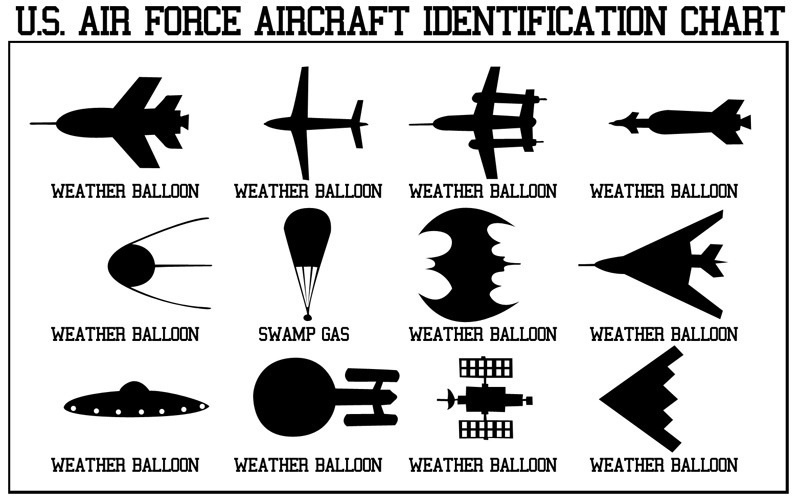 " The bomb release triggered early, well before the U.S. coast. The balloon watched with calm resignation as the towering white plume fell back into the blue expanse. ’ I wish I could have done more for the Emperor’ it thought to itself,’

A Fu-Go (ふ号[兵器], fugō [heiki], lit. "Code Fu [Weapon]"), or fire balloon (風船爆弾, fūsen bakudan, lit. "balloon bomb"), was a weapon launched by Japan during World War II. A hydrogen balloon with a load varying from a 33 lb (15 kg) antipersonnel bomb to one 26-pound (12 kg) incendiary bomb and four 11 lb (5.0 kg) incendiary devices attached, it was designed as a cheap weapon intended to make use of the jet stream over the Pacific Ocean and drop bombs on American cities, forests, and farmland. Cana...

Meanwhile a prankster with more disposable income than me

You’re making me wonder how much a balloon and a small box would cost. Also, do they make Build-a-Bear models this small?

How is it a “UFO” if it’s clearly identifiable as a balloon with some crap hanging off of it?

One of them weather balloon thingees witha GoPro doohickey hangin’ off it, I reckon.

Yeah, it looks like it’s got some sort of little tray attached to it. Given how often people do these (or launch other instruments by balloon), it’s weird that anyone even took notice of it to begin with. 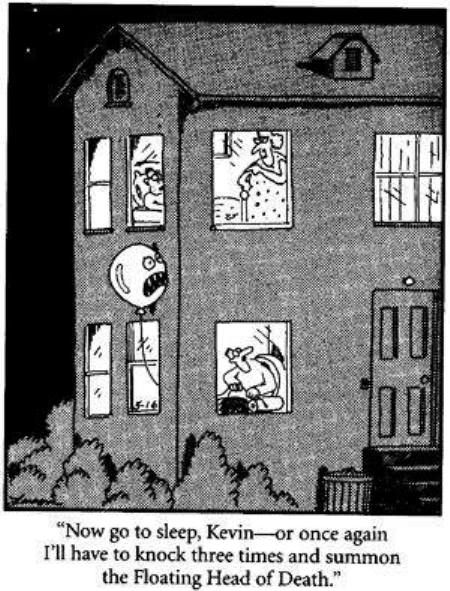 I’ve been involved with a number of high-altitude balloon launches with my local ham radio club. This looks exactly like what I’d expect to see for a HAB launch. I wonder if anyone thought to talk to the amateur radio community - Japan has a huge number of amateur radio operators.

I am not a Trump Supporter – I am a free man!

How is it a “UFO” if it’s clearly identifiable as a balloon with some crap hanging off of it?

The devil is in the details. Especially if an UFO clause is invoked.

Clearly a pocket of swamp gas refracting light from Venus.

Goddamn I want series 3 of Project Blue Book to happen

Interesting. My local club in Melbourne, Australia does exactly the same thing.

If anime has taught me anything, that’s an angel, hellbent on destroying humanity, and will require teenagers piloting giant mecha to destroy.

it looks a bit like something from project loon. 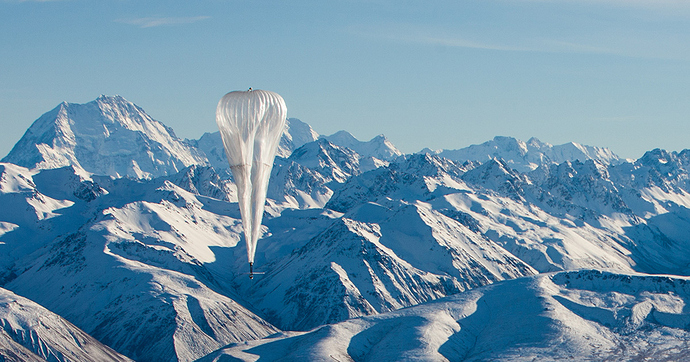 Loon is a network of stratospheric balloons designed to bring Internet connectivity to rural and remote communities worldwide.

a weather balloon with a solar array hanging off it, autonomous, capable of steering by rising and falling into the right band of wind.

[edit] i was looking at an online flight radar the other day to see if the chopper above my neighborhood was the police. ( yes ) and turned out one of the loon balloons was also drifting by somewhere up above.