University of Florida blocks professors from testifying in lawsuit

Witness tampering at its most obvious. It should be noted these professors frequently acted as expert witnesses in the past for cases which were both for and adverse to the state.

This is just part and parcel with pushing vote suppression efforts by foul means.

This is just part and parcel with pushing vote suppression efforts through by foul means.

True, and it also reflects the disdain if not outright antipathy Republicans have for academic freedom. The combination of anti-intellectualism and the attempts to undermine liberal democracy provide yet more evidence – not that more is needed – that the Republican Party is now run by fascists.

Where are the freedom fighters to cry about violating the Constitution?

Oh yeah, Constitution only matters when it comes to guns and pandemics and things they don’t like or…

Witness tampering at its most obvious. It should be noted these professors frequently acted as expert witnesses in the past for cases which were both for and adverse to the state.

This is just part and parcel with pushing vote suppression efforts by foul means.

Yes, but expert witnesses aren’t witnesses in the strictest sense of the word. They didn’t see or hear a crime, they are brought in to help the court by testifying on a topic that they have expertise on. The court should be able to find other experts on the topic. Compare that to somebody that witnessed an auto accident.

But using coercion and threatening the livelihood of a witness, even an expert one, to keep them from testifying is not legal by any means. It still meets the definition of witness tampering

It certainly violates any kind of normal academic independence, but I’m not sure that it meet the definition of witness tampering because expert witnesses are not subpoenaed. Rather, they are generally hired and make the decision to testify or not. And encouraging them to decide not to testify IS different than mandating what their testimony would be.

If the presenting attorneys can’t constrain the witness to the particular crimes they wish to argue in it’s not their, or a, fault. If they can’t use it it’s a damn shame. If they’re prevented the court’s been broken.

Your Simonizing the floors of the court are a credit to the exemplary floodproofing Florida continues to show to this day. Not everybody opens by running a Zamboni through there like you.

But using coercion and threatening the livelihood of a witness, even an expert one, to keep them from testifying is not legal by any means.

IANAL, but I too hope that threatening a witness of any kind is illegal, even if the witness is testifying voluntarily. Not only do these witnesses miss out on the legal fees, but they were probably told by the university that they’d lose their jobs.

I mean, don’t get we wrong, this is all kinds of awful, I’m just not sure that rises to witness tampering in the technical sense, because in real ways expert witnesses aren’t witnesses. Certainly when I was a government employee, I could get time off for jury duty or if subpoenaed, but NOT to serve as an expert witness unless it was as an expert witness FOR the government. But once anybody is sworn to tell the truth in court, that is supposed to override other considerations. There can be reasons to NOT testify (self-incrimination, attorney-client privilege, etc.) but no legal reason to give dishonest testimony.

This is also yet another example of Republicans creating the circumstancea they fearmonger about. “We can’t have public colleges, then they’ll be controlled by the government and used as propaganda tools!” *Corruptly and blatantly controls public universities for political ends while liberal pols and academics bend over backward to avoid the appearance in impropriety* “See, we told you!”

But using coercion and threatening the livelihood of a witness, even an expert one, to keep them from testifying is not legal by any means. It still meets the definition of witness tampering

Their livelihood is not being threatened, since this is outside income, over and above what they normally make as salaried employees. None of these people suffer financial harm from this request being denied. Professional harm is another thing.

This will be an interesting case. UF is now saying that these professors can testify pro bono if they want. This is a likely walkback because prohibiting them from testifying at all is a violation of their free speech as well as their academic freedom. The question for whatever lawsuit this generates is whether or not this is targeted. That is, has UF ever banned anyone else from testifying against the state, or is it just this case. Indications are that other faculty have been expert witnesses against the state in the recent past. If true, UF is going to find itself in a world of trouble, and not just from the AAUP and the ACLU.

They’re also probably going to have to content with SACS-COC, the regional accreditor. If they are making targeted rules against faculty that prevents them from violating free speech in some cases but not others. Or, as seems the case, they aren’t following their own rules. From an accreditation standpoint, that’s even worse.

The SACS-COC “Principles of Accreditation” come into play.

Due to this significant role, it is imperative that
an effective system of evaluation be in place for all faculty members that addresses
the institution’s obligations to foster intellectual freedom of faculty to teach, serve,
research, and publish.

And number 4 on the list of five key principles:

This is meant to demonstrate consistent efforts to protecting academic freedom. It can’t be applied haphazardly.

This section, 6.4 in the manual, is a pretty critical component of accreditation. Screenshot from the handbook:

So, UF has to have a policy or procedure showing how they guarantee this. If the policy/procedure doesn’t have something in it that says something like “We can limit when and where faculty can provide their expertise in a public setting” or something related to “no testifying against the state,” they are going to find themselves in big trouble.

ETA: In general, courts have recognized “academic freedom” as situated in the institution, not the faculty who work there. The institution then designs policies to protect faculty who exercise academic freedom under the cover of the institution. The SCOTUS case Garcetti v Ceballos ruled against a District Attorney (Ceballos) who claimed that he lost out on a promotion because he criticized a warrant issued by his own office, and testified in court against the warrant. He lost the case on free speech grounds.

But, Demers v Austin found in favor of a faculty member (Demers) who believed he had been retaliated against after he had criticized university administration.

Most of the cases (that I am familiar with, and IANAL) revolve around faculty speech in the classroom or in the course of research, rather than in outside testimony like this.

One does wonder whether they ran this past council before making up this policy as they went along.

It’s not witness tampering because this has occurred prior to them being witnesses, and they’re not going to be involuntarily subpoenaed like other witnesses. It is, however, a pretty gross violation of the First Amendment. 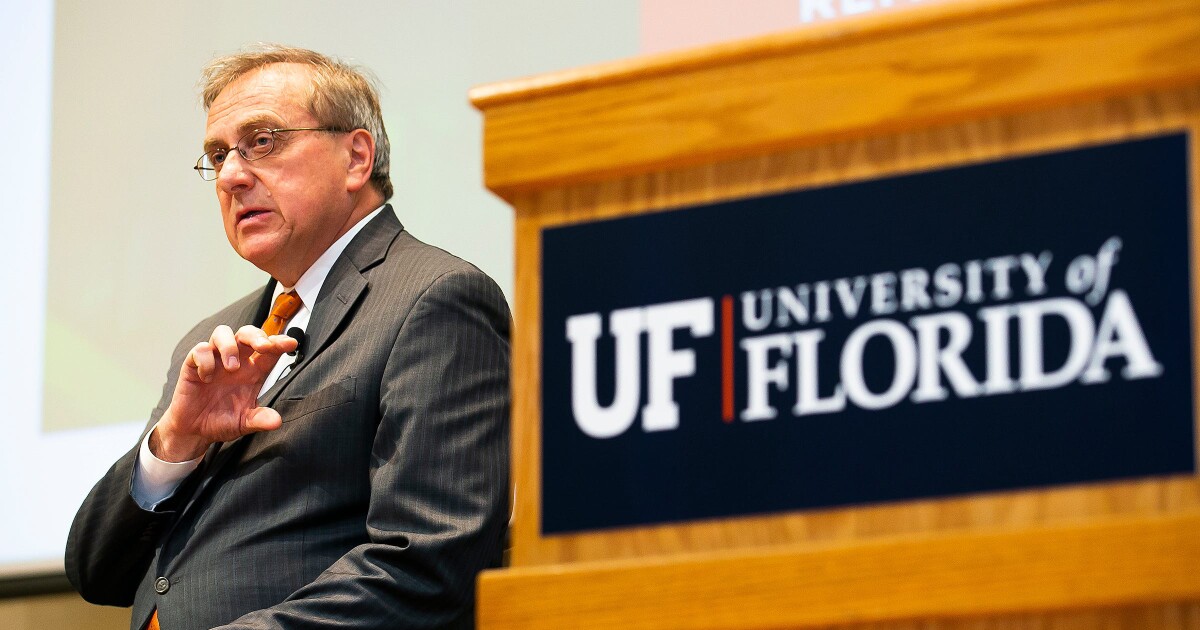 U. of Florida’s Accreditor Will Investigate Denial of Professors’...

The Southern Association of Colleges and Schools’ Commission on Colleges said it would look into whether the flagship had violated policies when it denied the faculty members’ requests to be expert witnesses.