US Air Force offers $5,000 reward for belt of grenades lost in North Dakota

“Luckily the grenades can not be safely used without a proprietary grenade launcher.”

next week: "A Grenade Launcher has been lost. Luckily the grenade launcher can not be safely used without the proprietary grenades.”

will not operate in any other launching device without catastrophic failure,

With the proper launcher, it results in catastrophic success.

Probably, as they noted that they’re looking for a box, this is probably a full crate of linked (belt-fed) grenades. So maybe “full belt”?

My 2 year old niece told us that just the other day.

Sheesh! She’s a little behind for a 'murican kid eh?

But did they lose any nuclear grenades?

I suspect some nice local well-regulated militia is enjoying those now.

Those fools! The second amendment says nothing about munitions!

I wonder what that would be worth on the black market… assuming the 'Murican Taliban doesn’t find it first.

Did they check the recycling bins? 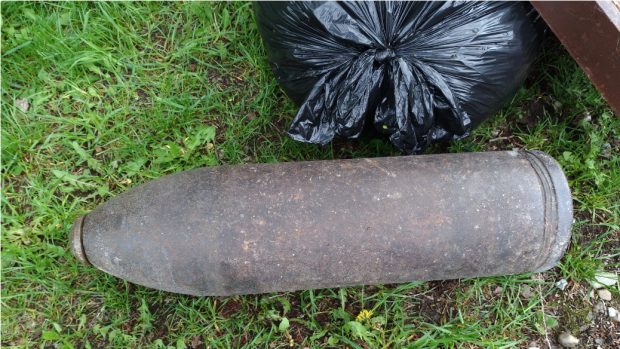 Somebody put a live WWI-era artillery shell out with the garbage in London, Ont....

London police say someone put a live, First World War-era artillery shell out with the trash Tuesday. It contained more than 10 kilograms of live explosives and had to be destroyed by bomb experts at Canadian Forces Base Borden.

Exactly, somebody already collected the money. It was the soldier who sold them.

Either one seems equally likely, right?

Meh. As long as everyone involved is white, we can just call it a Mulligan. nbd. meh.

How do you know the race of the airmen?

And actually, no, they take this stuff pretty seriously. I know someone whose unit lost a rifle during a training exercise and the shit hit the fan in many ways. In this story they sent out 100 people to search for it, so, yeah. It’s a biggie.

It was the soldier who sold them.

More than likely, it was just “lost”. Theft does happen in the armed forces, but typically it is for stuff that can be sold easily and discretely. Of course, they track those too. I know someone who bough an Eotech sight off of ebay, and later had a government investigator contact him and take it back. It had been stolen from the military and resold.

These would have little use for anyone who didn’t have an Mk19 or at the very least a 40mm launcher - which is next to no one in the US.

I live and work in the area, the road in question is paved.

Are you going to go on a scavenger hunt? $5K is decent money.

Maybe, but the grass is still short so it isn’t likely the air force search missed it if it was just sitting in the ditch. There is a fairly deep creek about four miles south of the intersection, and a sheriffs deputy I talked to thinks thats the most likely spot if no one walked off with the box.

As long as everyone involved is white, we can just call it a Mulligan.

What happens in North Dakota…

happens a long long way from me

It seems pretty clear that these grenades are in private hands now. 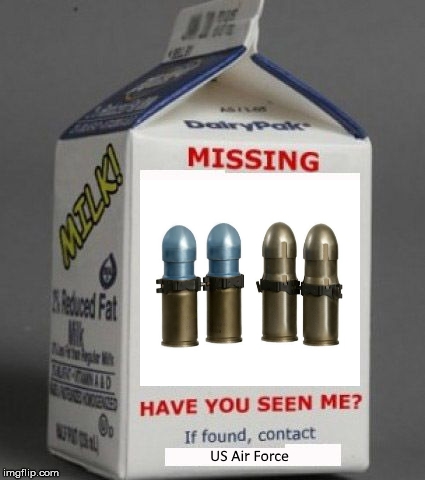 Reminds me of the documentary about the scrappers taking metal and ordinance from a bombing range. “They just leave this stuff laying around!”