Video: Brooklyn pastor robbed right on the pulpit of $1 million in jewelry he was wearing while preaching

Originally published at: Video: Brooklyn pastor robbed right on the pulpit of $1 million in jewelry he was wearing while preaching | Boing Boing

This must’ve been so scary for everyone there! I’m glad no one was hurt.
And then he says this…

It’s hard not to get a little riled by this statement. Because 1. Plenty of people work really fucking hard their whole lives and they will never have $1M to spend on jewelry, so it seems pretty tone deaf, and 2. The things he ‘wanted to purchase’ are specifically about flaunting wealth (well, several of them mentioned, anyway.)
I’m sorry this happened, but if he were my pastor, I would want a bit more introspective response to this, maybe re-examining the needs of the community and how that wealth could be better spent.

ETA: median household income in that neighborhood is $54,896.
ETAA: that means over 80% of the school kids are eligible for free or reduced lunch, to put it into context.
Source

Jesus, at the Sermon on the Mount, “Blessed are the Covered-in-Bling, for their robbery videos shall go viral.”

Yeah, give me a barefoot monk any day. Even the pope is wearing too much gold for my taste.

He got off lightly. Jesus would have whipped him too.

“And [Jesus] said unto them, It is written, My house shall be called the house of prayer; but ye have made it a den of thieves.”

Probably for the best, when you’re really worshipping Mammon, you really should not be wearing any sort of cross. 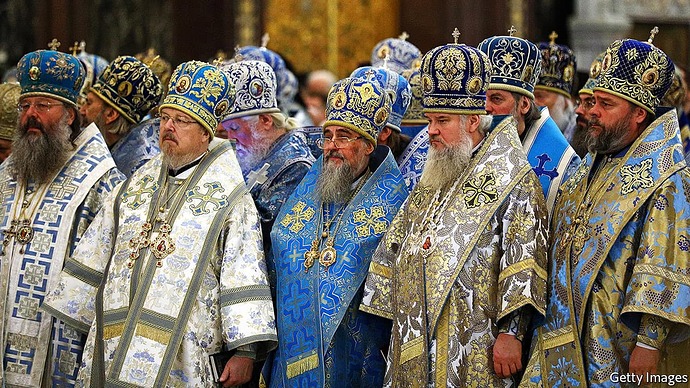 Ugh. I get the feeling this is one of those stories where everyone is the asshole.

File under: The Lord works in mysterious ways? He was saying you didn’t need all of that jewelry.

Though glad no one got hurt. 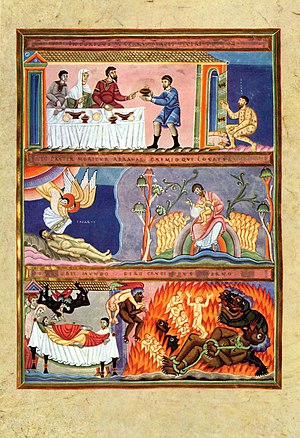 The rich man and Lazarus (also called the parable of Dives and Lazarus or Lazarus and Dives)[a] is a parable of Jesus from the Gospel of Luke. Speaking to his disciples and some Pharisees, Jesus tells of an unnamed rich man and a beggar named Lazarus. When both die, the rich man goes to Hell and implores Abraham to send Lazarus from his side in Heaven to warn the rich man's family from sharing his fate. Abraham replies, "If they do not listen to Moses and the Prophets, they will not be convinc Al... 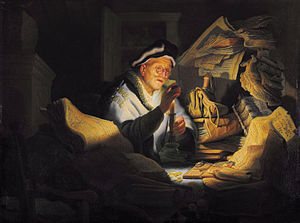 Parable of the Rich Fool

The Parable of the Rich Fool is a parable of Jesus which appears in The Gospel of Luke. It depicts the futility of the belief that wealth can secure prosperity or a good life. This parable has been depicted by several artists, including Rembrandt, Jan Luyken, James Tissot, and David Teniers the Younger. The parable is introduced by a member of the crowd listening to Jesus, who tries to enlist Jesus' help in a family financial dispute: One of the multitude said to him, "Teacher, tell my brothe... 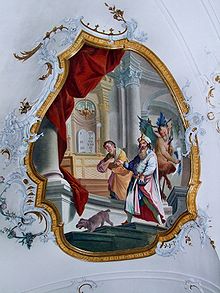 Pharisee and the Publican

The parable of the Pharisee and the Publican (or the Pharisee and the Tax Collector) is a parable of Jesus that appears in the Gospel of Luke. In Luke 18:9-14, a self-righteous Pharisee, obsessed by his own virtue, is contrasted with a tax collector who humbly asks God for mercy. This parable primarily shows Jesus teaching that justification can be given by the mercy of God irrespective of the receiver's prior life and that conversely self-righteousness can prohibit being justified. Further comi...

Yeah, it’s weird. It’s as if this guy skipped all the bits in the bible where Jesus says or implies that amassing material wealth is a bad thing. It’s people like this that makes me wish there was an afterlife and moreover that you get the specific afterlife of the religion you profess. There would be a lot of very miserable “Christians” and “Moslems”, (and I fear far fewer very happy ones) living out eternity in the fashion that they deliberately chose. Also a bunch of Vikings as pleased as Punch.

Why am I getting an “insurance fraud” vibe off of this story?

Glad that no one was hurt; still, I have no sympathy for that ‘money grabber in the temple.’

Unless a professed religious authority has taken an active & consistent vow of piety, I dont trust them any more than I would a snake oil salesman or any other grifter.

Probably some guys from Brownsville, two in particular I’m thinking of. . . 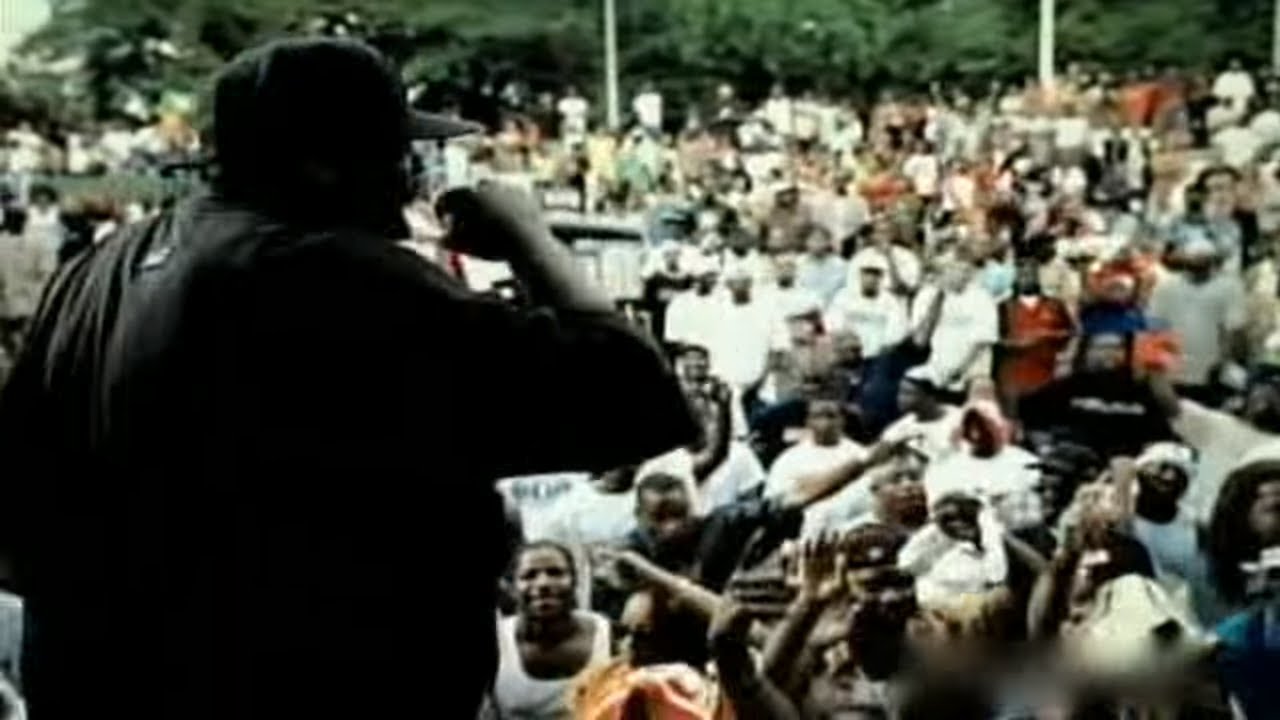 “Fool what you want? Your life or your jewels?”

Don’t forget Matthew 19:24 - “And again I say unto you, It is easier for a camel to go through the eye of a needle, than for a rich man to enter into the kingdom of God.”

Some of these folks better start losing some serious weight.

He was convicted of identity theft back in 2006.

Is someone allowed to sin and then turn their life around? Sure they are but that does not seem to be the case.

A flashy con man who drove a stolen Land Rover and donned a decadent mink jacket pulled off a brazen $2 million identify-theft scam using the names of people in Brooklyn and Long Island, police sai… 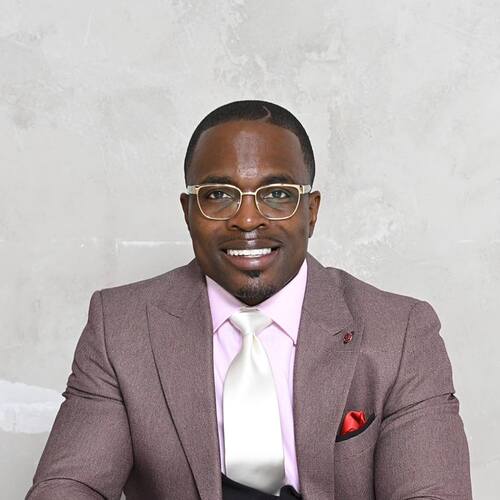 Bishop Lamor M. Whitehead, New York, New York. 12,332 likes · 16,670 talking about this. Youth and Community focused Ministry. Where there is no guidance the people fall, But in abundance of...

That picture immediately brought this to my mind: 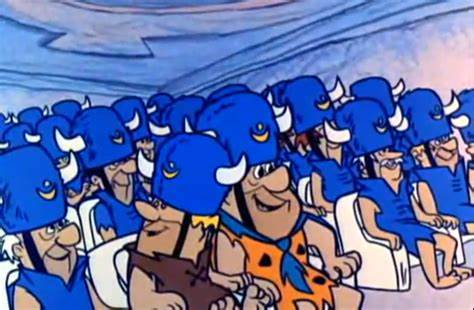 Muslim is the preferred spelling not Moslem. Generally the only people I see writing Moslem are anti-Muslim bigots who do so out of disrespect.