Video: Car runs over trees in suburban neighborhood as it tries to escape without driver

Originally published at: Video: Car runs over trees in suburban neighborhood as it tries to escape without driver | Boing Boing

Well huh. I just automatically assumed it was going to be a Tesla.

Looks like a hero across the street drives a Hachi Roku!
Sorry, I’m very easily distracted by classic Japanese cars. 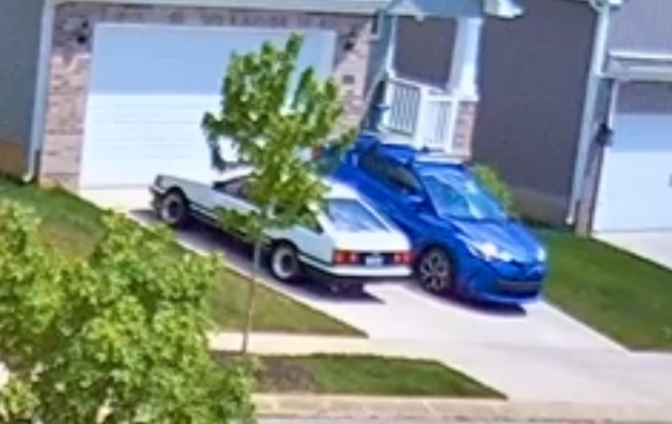 Looks like a hero across the street drives a Hachi Roku!
Sorry, I’m very easily distracted by classic Japanese cars

Whoa, nice catch. Friend of mine had an E86 Toyota (USA model) years ago. Those were great cars.
Have you seen Tokyo Vice on HBO? Some great JDM cars in that one, not the least of which is a VERY sweet Fairlady Z, driven by Ken Watanabe’s character.
Also at least one (that I remember) Nissan President and Toyota Century.

Yeah, she wasn’t trying to catch the car. She was hurrying to remove the car from the scene before she got caught.

I appreciate how the sound of her flip flops doubles as a slow clap.

They’re young and flexible, they’ll bounce back and two of them did. Stake them upright for support and it’ll be right. Though the one that was parked on might need more love.

Now if it were REAL slapstick, she would have reversed over at least one of the trees before attempting her getaway.

The sound has an odd tempo, and on close inspection it looks like she is wearing only one flip-flop. Maybe the other was involved somehow in the separation of the car from her control? I wish I could see the prequel to this clip!

or the sequel! did she drive away? or go on a door knocking campaign to apologize? WHAT HAPPENED NEXT

I lived in Japan and taught English during that exact timespan and bought the book when it was first published. To say I was joyful that it had become such an astonishingly good tv series would be an understatement!
My wife really enjoys the Japanese souvenir we brought home a few years ago:
https://www.instagram.com/p/CLpM2OHMo4_/