So is this thread gonna get its own concern troll “worried” about free speech, too?

My mom had a saying: “half joking - whole serious”.

Because two shootings and a raging fire in London wasn’t horrible enough for one day?

Give it time and it will.

I’ve been feeling for awhile now like I’m being forced to watch the worst movie ever made.

Total with you there. For some reason today just felt… I don’t know, overwhelming. Maybe it’s because I expected to turn on the radio and listen to them picking apart Session’s hearing yesterday and instead I got shootings and a fire… Good think i was going to yoga!

It was as if his goal was to do an Andy Kaufman-esque off-the-wall, prank-routine. Fail.

My mom had a saying: “half joking - whole serious”.

I dare him to do the same routine with blackface and find out how ironic and shocking it’ll be.

I agree with @milliefink, Colbert et al went to far those times.

The best of all possible moms! 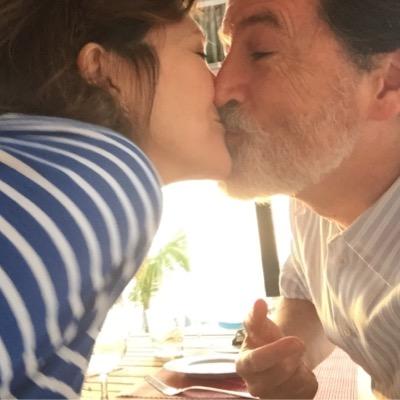 “#CancelColbert - I agree! Just saw @ColbertReport tweet. I share your rage. Who is that, though? I'm @StephenAtHome http://t.co/e0Pqz7U7i9”

In fact I also agree that tweet went too far. However I was referencing all the other times Colbert did his “Ching Chong Ding Dong” character, not that tweet.

(EDIT: I see you edited your comment from “that time” to “those times”-- fair enough.)

And i hated the repeated bit from the first time i saw it. I was uncomfortable with the Esteban Colberto or whatever that character was called too, even though that bit treated latin@s with more respect then the “Ching Chong” shit did. Even if the intent was to mock “actual racists”, the effect was shitty. As the saying goes: “Intent isn’t magic”.

Like I said, it made me cringe but I gave it a pass. I will allow comedians a lot more leeway in those matters, particularly if they are as intelligent and insightful as Colbert. Those Colbert bits, in my opinion, are of a similar strain to Johnathan Swift’s “A Modest Proposal”, offensive but not without purpose. Reasonable people can disagree.