Vladimir Putin has been showing off his black belt for years, but no more. He's now beltless

Originally published at: Vladimir Putin has been showing off his black belt for years, but no more. He's now beltless | Boing Boing

The Shirtless and Now Beltless Wonder.

It’s hard to keep your gi closed without a belt.

That’s just silly, though. Symbolic, especially given how much he seems to wrap his identity in judo. But it seems silly to say “we’re taking away a symbol of your skill level” unless it’s an admission that he never had that skill level to begin with. In which case it’s more an indictment of the Federation than anything else.

unless it’s an admission that he never had that skill level to begin with.

Probably the case. I doubt he wrote that book either.

He also pretends to be an awesome hockey player. However, word leaked out that the pros he’s played with and who he’s supposed to be on par with give him a wide berth and never try to check him.

I thought he wore his judo black belt, not a tae kwon do belt.

In any case, I think he should try boxing, starting with either of the Klitschkos. 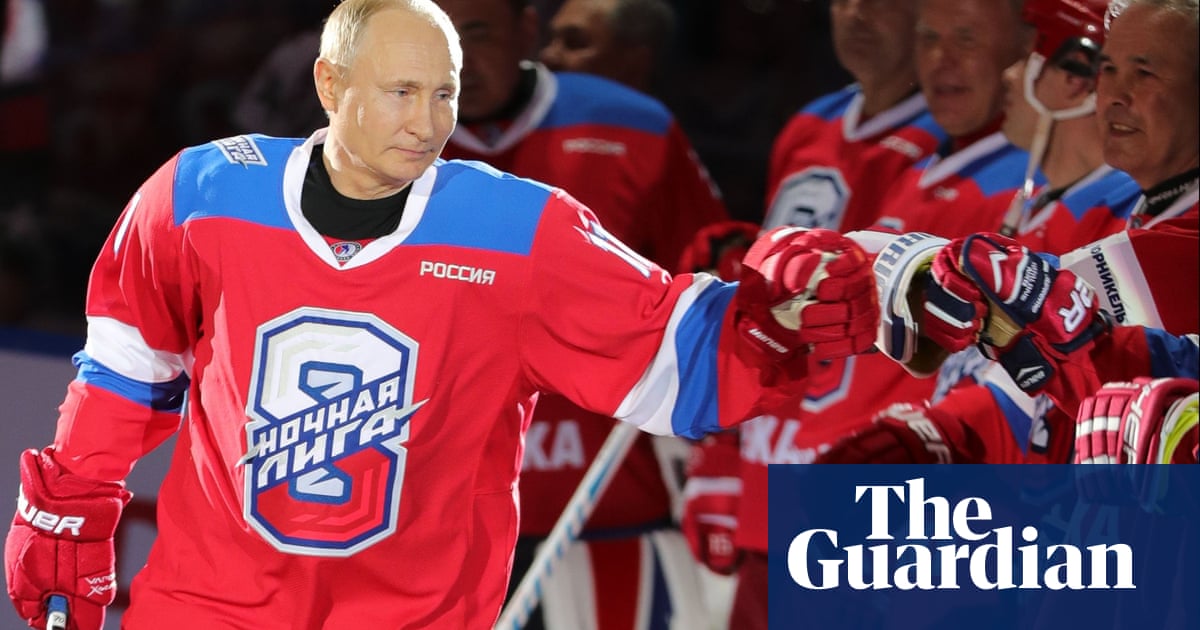 Longest and least-sexy strip routine ever.

it’s an admission that he never had that skill level to begin with.

As a lifelong Hapkido practitioner, I would welcome a match on a un-regulated mat with this poser.

I think it’s better than silly. Basically everybody on earth with any ability whatsoever to publicly shun this pigfucker is finding a way to do it. Let’s keep 'em coming!

There’s supposed to be a philosophy that goes with the skill though. You don’t have to get any worse with a lightsaber to stop being considered a Jedi. A lot of sports you can lose your titles for things like taking drugs…it doesn’t mean you were any worse at running or biking, just that you’re not following the rules of fair play.

There exists no martial arts that encourages you to be the aggressor, to my knowledge. To use your skills to dominate/harm is bad juju. Putin is swimming in bad juju.

The Googles says it was an honorary belt. He didn’t earn the 9th degree belt.

Apparently Obama was given an honorary belt as well.

If putin has any belts that he earned he gets to keep those for life.

A very quick search says Chuck Norris hasn’t even earned a 9th degree. He has an 8th degree Taekwondo.

Kind of cheapens those belts but there is no way I’d say that to anyone with any training whatsoever.

Was just in the process of saying same. How odd that a martial arts org is giving out honorary belts:

Vladimir Putin is now a black belt in taekwondo

I guess maybe no more odd than a univesity doing so? He did earn his judo black belt though, I gather.

way back machine version of WaPost story: Is Vladimir Putin a judo fraud

Kind of cheapens those belts

It really is no different than honorary doctorate degrees. It is a nice gesture that doesn’t mean they have the knowledge said degree usually signifies.