I was thinking that there were probably a lot of people who were sympathetic/supportive of McCain due to his fight with cancer who are now wishing the same thing.

Tax breaks are destined for the very wealthiest. Unless you’re posting from the sun-kissed after-deck of your megayacht, I think you’ll be lucky to see as much as that red cent you mentioned.

The ironic thing is that he’s a genuine war hero who, in his prime, was a smart, even-handed, clever person who wasn’t entrenched in partisan crap, and refused to get into the dirty politics his colleges reveled in. Why on earth he’d triumphantly return to crap on his own legacy tells me he simply has zero perspective or ability to consider both sides of a situation anymore. He can rant. That’s all.

he chose to ensure that he will be remembered primarily for

Let’s not forget that time McCain took $34,000 from Lincoln Savings and Loan and then “exercised bad judgement”.

In what way has McCain every been on our side?

Well, he was against torture. Sort of. Relatively, anyway, compared to other mainstream politicians. Before 9/11 anyway.

You’re talking about building up, not tearing down. About doing something different instead of repeating past mistakes. That’s a very unpopular approach!

Well, establish a despotic regime that allows the wealthy to do whatever they want, anyways. 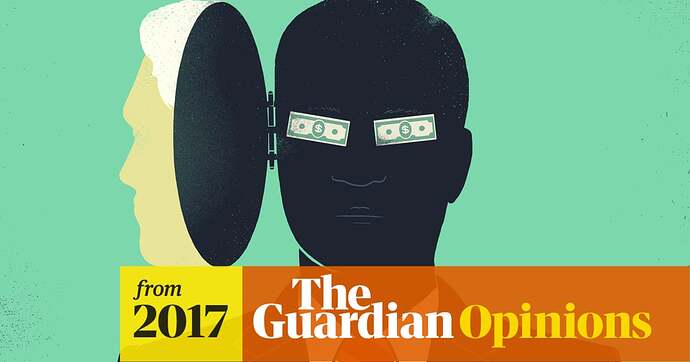 A despot in disguise: one man’s mission to rip up democracy | George Monbiot

James McGill Buchanan’s vision of totalitarian capitalism has infected public policy in the US. Now it’s being exported • George Monbiot is a Guardian columnist

Following his reasoning for denying Obama a vote on the next Supreme Court Justice, McCain should not be voting on this important issue. The man has less than a year left in his lame-duck senatorship, and the people deserve to be heard.

Let’s not forget that time McCain took $34,000 from Lincoln Savings and Loan and then “exercised bad judgement”.

Yeah, but at the end of the day that’s probably going to be a footnote in his biography compared to the whole “enabling fascist takeover of the United States” bit.

It’s all just so demoralizing.

I can’t disagree there.

the only bright side to this is how many 45 supporters are going to die off due to not having healthcare anymore.

Fuck this country, I want out.

It amazes me the level of hypocrisy.

When Obama was elected they said things like “our number one priority is making sure president Obama’s a one-term president” but now the rhetoric is “we need to come together and put aside our differences”.

McCain said how “it doesn’t matter who swung first” but the thing is YES IT ABSOLUTELY DOES!!! It absolutely MATTERS who started the god damn fight!!! It matters who was a petulant little shit FIRST. It matters who went on the offensive and openly began the obstructionist bullshit.

The entire GOP began this, and now that they are in power they suddenly want to end it? Yeah, that’s a load of horse shit right there.

The only solution is for the registered voters of this country to show up in 2018 and 2020 and turn the entire map as blue as possible. 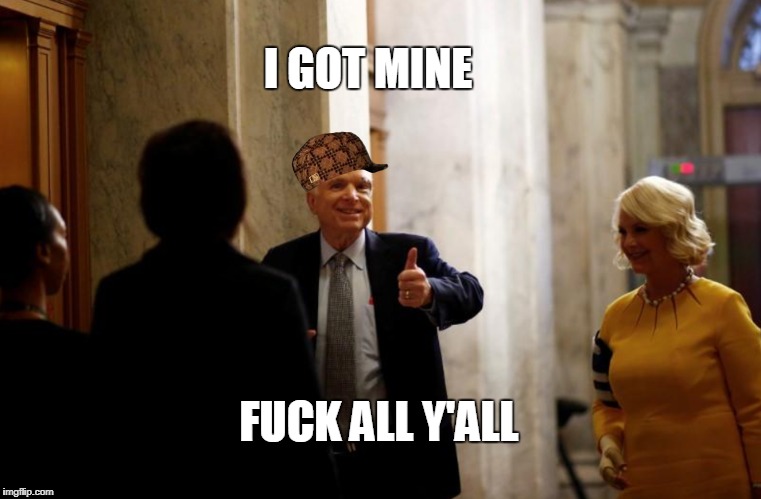 I think I’m confused. With this vote they made it back to the point they were at several weeks ago? Totally prepared to vote on some sort of health care bill? How is this going to be substantially different than past recently failed attempts to replace Obamacare?

This was a vote to open debate - not on any specific bill. It keeps the process alive and open while they figure out what kind of bill both the moderates and far-right can stomach.

Otherwise the whole budget reconciliation process dies with the new fiscal budget term in October. Then they would have to start from scratch needing 60 votes.

I see. I wasn’t aware there was a deadline.

Well, let’s just hope they continue to fall and look stupider and stupider.

True, though it really depends on which parts of the law they’re planning to trash. To say more would be indiscreet, as the 3.14th circle of hell is purportedly reserved for those who either whine about or boast about their earnings on the internet.

Looks like they removed his spine along with the brain tumor. It’s sad that he withstood torture at the hands of the Viet Cong yet cowers in fear in front of Trump.

This vote doesn’t actually do anything but allow the different measures onto the floor for debate. Obamacare isn’t dead yet. They just agreed to openly plot its demise instead of doing it in secret.