Want to urinate in a gold toilet? You're in luck at the Guggenheim

Big week for “commodes” on BB.

In fact, I’d say it was a commodious week.

I would prefer a silver one due to its anti-bacterial effect.

America is a gold toilet, eh? Yeah, I guess that’s just about right.

Big week for “commodes” on BB.

Look at this [ fill in the blank] toilet. Just look at it.

America is a gold toilet, eh?

It’s funny how we assign value to things. To some art collectors this toilet would be worth its weight in gold, if not more, if it were the long-lost original. 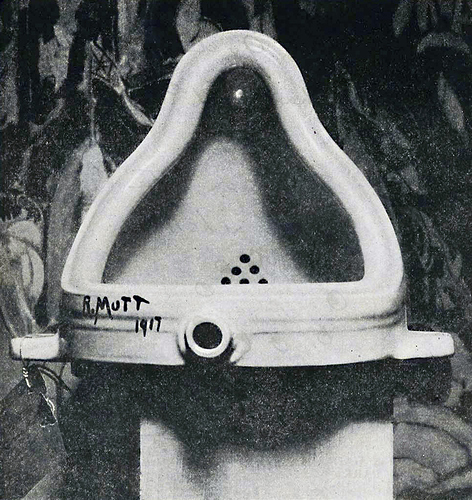 In the weeks following the 2000 Presidential Election George W. was invited to a ‘get acquainted’ tour of the White House.

After drinking several glasses of iced tea, he asked President Clinton if he could use his personal bathroom. He was astonished to see that the President had a solid gold urinal!

That afternoon, George W. told his wife, Laura, about the urinal. “Just think,” he said, “when I am President, I’ll have my own personal gold urinal!”

Later, when Laura had lunch with Hillary at her tour of the White House, she told Hillary how impressed George had been with his discovery of the fact that, in the President’s private bathroom, the President had a gold urinal.

That evening, Bill and Hillary were getting ready for bed. Hillary turned to Bill and said, “Well, I found out who pissed in your saxophone.”

I was going to post that exact same thing, but you beat me by four minutes

The interesting thing here is that there’s no partition around this one, either.

My performance addition to the exhibit will be to hand out sample bags of sugar-free Gummi Bears as folks enter the museum.

Imagine the selfies we’re gonna get.

This piece is truly evocative, of everything I hate about “art”.

When we are victorious on a world scale I think we shall use gold for the purpose of building public lavatories in the streets of some of the largest cities of the world.

V. I. Lenin, on what to do with gold in a socialist system that does not need it for money.

(more likely you’d use it for connections on electronics, where it has a use)

Lenin died nearly 25 years before Bardeen, Brattain, and Shockley built the first transistor. If only he had known. He would have seriously regretted that lavatory comment… maybe