Watch a family of bears visit a crowded California beach

They seem friendly, at first…

We know the truth… 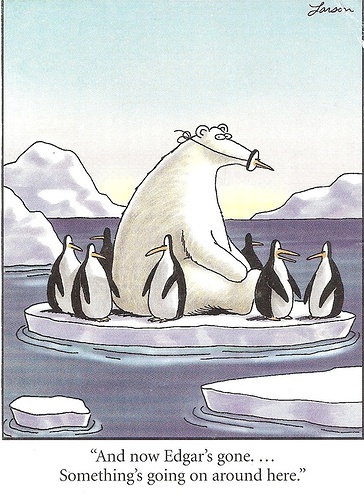 And as long as I’m here… 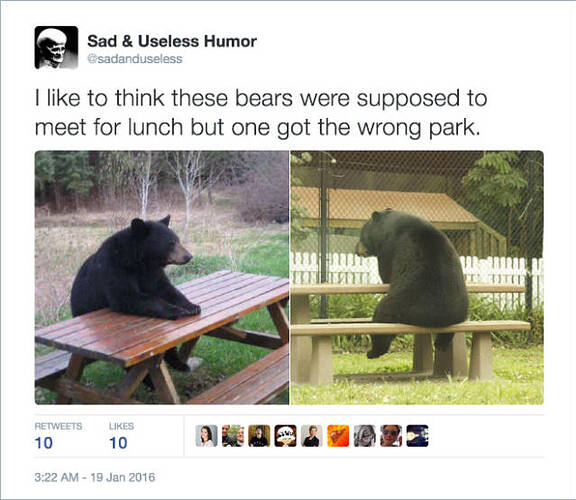 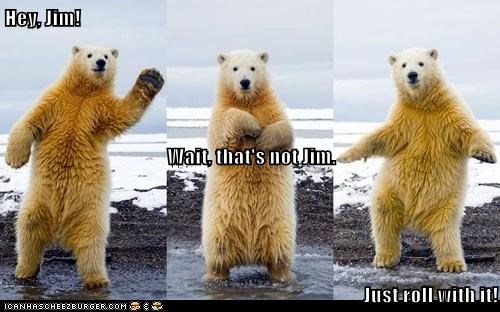 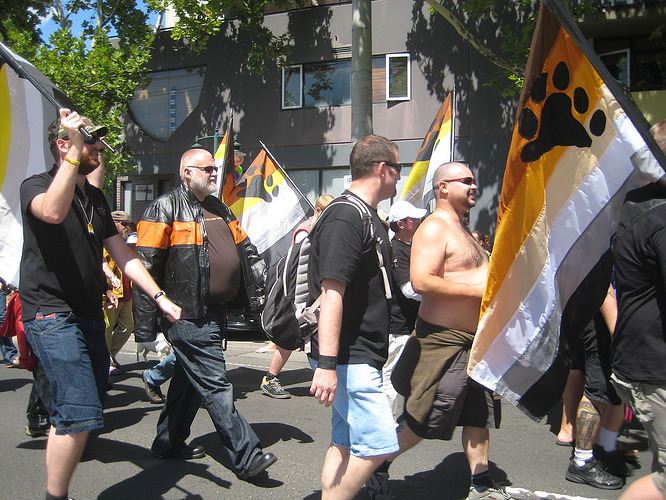 Were I a bear I would do the exact same, I’ll say.

You make a flag with a bear on it, and it is just going to attract more bears.

[A reference to We Bare Bears for those unfamiliar with the cartoon.]

Looks like Tahoe alright. Lots of waves coming into shore, which were wakes from all the speedboats out on the lake. The wakes are incessant.

[A reference to We Bare Bears for those unfamiliar with the cartoon.]

The one in the video is still the largest bear I’ve ever seen. (also hairiest, and I’ve been in SF on pride weekend!)

But all jokes aside, that is a really fat bear. So far raiding the humans’ pic-a-nic baskets is working out for this bear. Hope things continue to go well (though stupid humans will likely ensure that it doesn’t)

I hear that they are only dangerous if you threaten their young.

But, in reality, we all know: 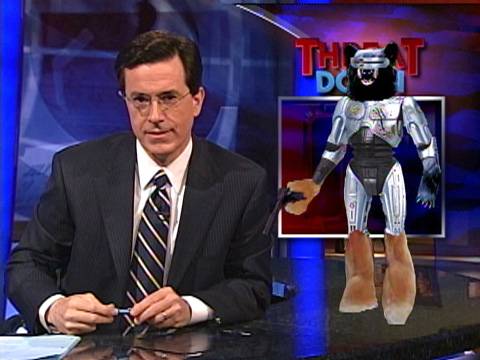 And the number one threat to America -- bears!

For some reason I wanted to see how this would read if “bears” was replaced by “police” (or other related terms). It reads like this:

A family of police decided to make a surprise visit at a beach in South Lake Tahoe on Sunday, sharing the sand and water with beachgoers who were just yards away. The mother cop and her three officers helped themselves to someone’s unattended picnic lunch, took a dip in the water, and seemed to casually check things out.

At one point, the mama cop approached the water and got a little too close to the person shooting the video, who nervously splashed water and said, “Get the fuck away from me.” But other than that one moment of panic, it’s surprising to see how calm people were. In fact, their casual attitude to having police in such close proximity, especially with officers involved, has the California Department of Fish and Wildlife concerned.

Tira says more police will visit popular beaches over the summer in search of water during the dry season and also look for human food. Watkins says it’s clear police are getting lax, but so are humans. She hopes everyone remembers it’s animal territory that people need to respect.

“Crowded?” I’m not sure you have been to any beaches in Southern California.