Watch: A pile of mice tumbles out of farmer's grain as Australia struggles with mouse invasion

Originally published at: Watch: A pile of mice tumbles out of farmer's grain as Australia struggles with mouse invasion | Boing Boing

“Good evening, Melbourne! We are Mouse Plague and we are here to rock you!”

Somewhere buried in the coverage of this amazing phenomenon are theories as to why it’s happening at this time - but damned if i’m able to discover any such. Have the likely natural predators gone missing? Is this particular breed of mouse been recently imported/invaded such there never was a ‘natural’ predator? (“Blame must be assigned!”)

The International Mice Union shall hear of this.

In case this wasn’t gross enough, the darker substance coming out with the grain and the mice is probably mouse droppings. Thoroughly mixed in with the grain.

After a few years of drought, they’ve had heavy rains and flooding this year, which switches them into breeding mode. Farmers have also had very good crops, so more food for them to eat. Just a huge boom year.

After one of its worst wildfire seasons and a global pandemic, Australia is now facing its latest end-of-days challenge: a “monumental” plague of mice.

Wait just a second, I could swear the ancient Egyptian cats figured out some kind of a solution to this problem before… (my understanding is they basically domesticated themselves, vs. say, dogs) 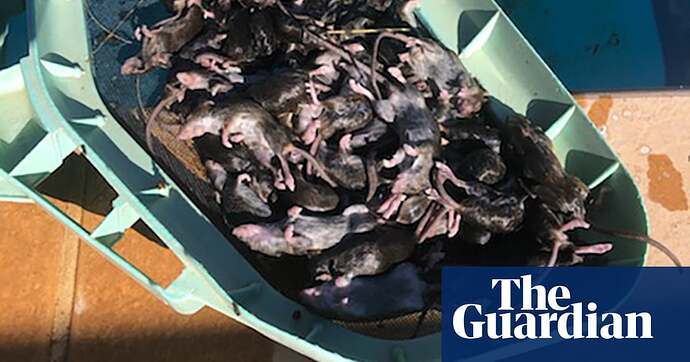 Australia’s mouse plague: six months ago it was war, now whole towns have... 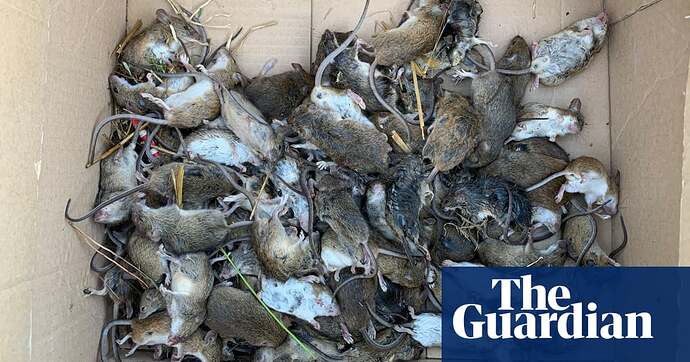 Locals who have endured months of mice and rats getting into their houses, stores and cars are praying heavy rain will help wipe them outWarning: graphic images may disturb some readers 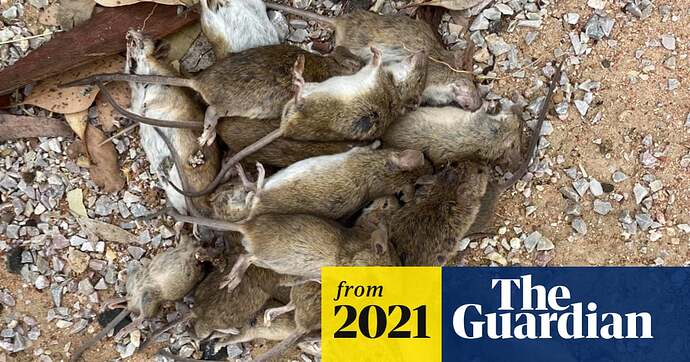 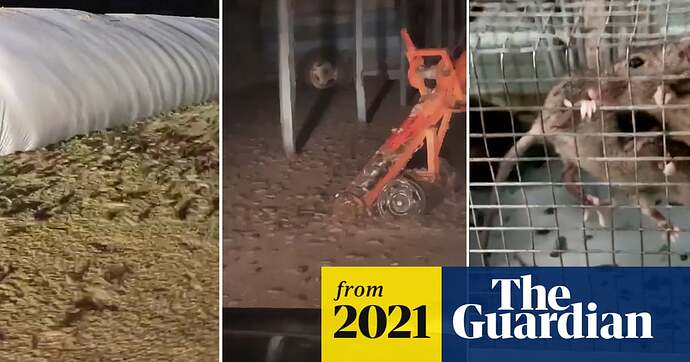 Anti-rodent measures being used include baiting and trapping, odour repellents and blocking up doors and window seals 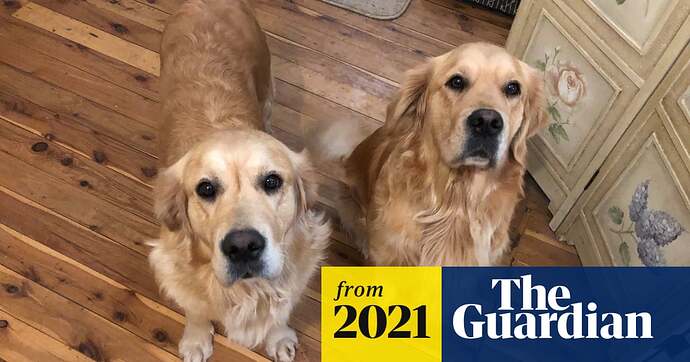 Maybe import some kind of toad that only eats mice. That’ll solve the problem.

Yeah, the usual solution to plagues of mice has historically been good times for cats.

Given the damage introduced predators (cats included) have already done to Australia’s native ecosystem, it’s not a feasible one here.

I had, as far as I can tell, ONE mouse in my house like two years ago, and I still find evidence of his infestation. Pretty sure that dark stuff dropping out isn’t grain, but poop.

I heard they expect a huge snake boom to follow. Which, I guess depending on the kind of snake, is a bit more tolerable?

I had, as far as I can tell, ONE mouse in my house like two years ago, and I still find evidence of his infestation.

Narrator: He did not have just one mouse.

Pretty sure I don’t have any now… so if I had more, they moved on. I keep a trap with peanut butter in the kitchen just in case.

Like rabbits, mice aren’t native to Oz, and multiply wildly–like tribbles.
I’m sure that the native sneks won’t pass up a mice dinner, but with 99% of those being venomous nightmares…

They are like cockroaches. If you found 1 there were likely 10x as many.

Yeah, but once I got that one, I stop finding new, obvious activity. Knock on wood.

Heard someone on BBC radio news describe thousands of mouse eyes in the road when driving at night, and a sound like “driving on bubblewrap”

…from Ibeza to the Norfolk Broads.