Mantises are amazing creatures. They kill invasive, typically leave pollinators alone, and don’t F with humans. And they look cool and are fun to catch like crickets or hoppers.

It’s like the security cam at an Old Country Buffet

It’s amazing how the stinging end of that hornet still seemed determined to stab the mantis even after the head was gone.

Early on in the video, (oh about 0:26) the ‘murder hornet’ gets its stinger almost within stabbing distance of the mantis’s left arm. If that stinger had been driven home then the outcome would’ve been reversed? And/or what’re the odds on mantis vs murdnet for many such engagements? (and since folks are desperate for wagering opportunities in the viral dearth of major sporting events…)

How soon can we have the Mantis Force ready?

I can’t believe I’m saying this, but that hornet seems drugged.

Whatcom County, on the Washington State/BC Province international border, where the murder hornets have been found, unfortunately is not home to praying mantis at this time. Maybe this will change? Maybe Covid-19 testing will become widely available in the US too? Odds probably equal.

When I was a kid we believed it was illegal to kill a mantis. I remember a science teacher backing this up at one point too. 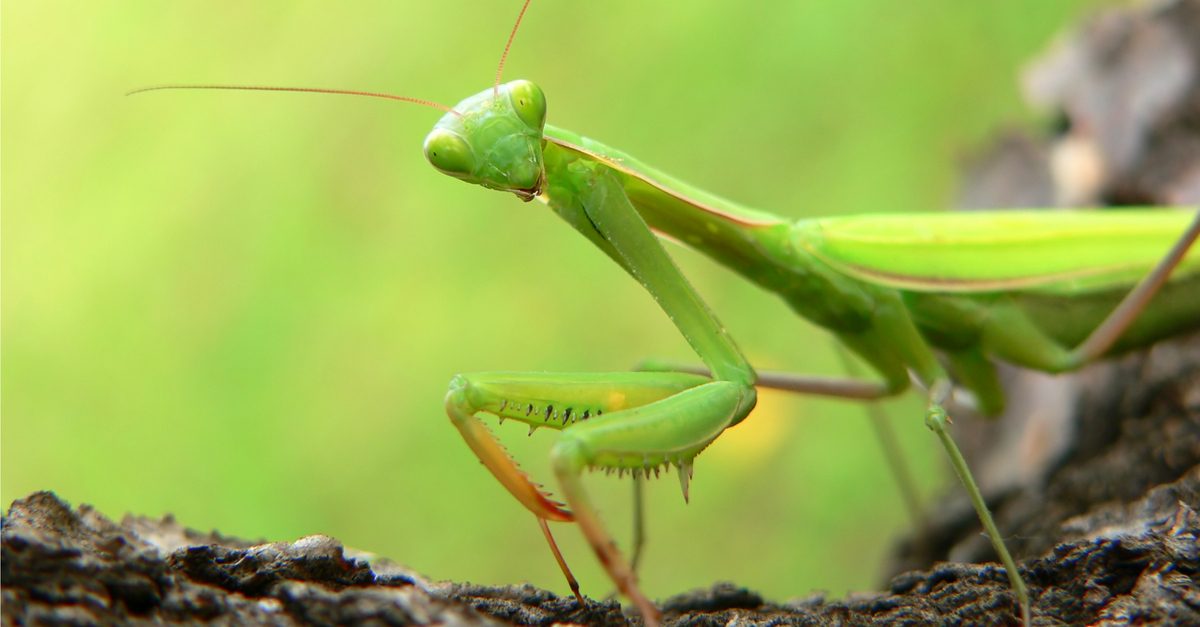 Is Killing a Praying Mantis Illegal?

Since praying mantises are not humans or on the endangered species list, you can kill them without legal consequence.

I still hear that odd little rumor now. My neighbor told me the same thing when I was escorting one from my deck to my garden last year.

The fascinating thing to me was not so much watching it eat the hornet, but the posture of the mantis was very much “I see the stingy end, I am not gonna let it get close to me. Nope, not at all.” Smart vicious alien bug eater!

How soon can we stop using this stupid name for them? Asian Giant Hornet was sufficient until last Saturday.

amazing how the stinging end of that hornet still seemed determined to stab the mantis even after the head was gone.

Yeah, that what I was mainly watching. The thoracic nervous system doesn’t need the brain to control the abdomen or stinger. They are just put together completely different than us. Distributed nervous system means motor coordination is local and no blood pressure which means they don’t bleed to death. And they don’t breath through their mouths, so oxygen isn’t cut off. The rest of the body can cary on for a long time after the head is gone.

I can’t believe I’m saying this, but that hornet seems drugged.

It does to me, too. It’s not doing anything, facing away from the mantis.

Here’s what happens when it’s in the wild, and in most other videos i’ve seen of this matchup

Here’s another few mantis wins, though:

The score still looks in favor of the Hornet. I’ll figure out a final score based on every Youtube video available and report back

What a view of Melania’s inside voice.

It must been have about 10(?) years ago that SoCal experienced a massive infestation of praying mantises, the likes of which I had never seen before. They were everywhere. Inside buildings; along outer walls; on automobiles; you name it. While doing ‘field work’ that time with a contractor in El Monte, one of the techs motioned to me, and said “Don’t worry, but you’ve got one of those things on the back of your left hand.” I did. I didn’t feel it at all even though it was of a pretty good size. I detest almost all bugs, but the infestation got me conditioned enough to the mantises, and I (proudly) did not scream. That same month I had my car in the shop; there were a few mantises inside the shop office, but tiny babies (nymphs)… and almost exact miniatures of the adults; actually kind of cute. I let one crawl on my hand (conditioning success!) and took it outside to the bushes. Murder hornets? Bring on the next mantis infestation.

How soon can we stop using this stupid name for them? Asian Giant Hornet was sufficient until last Saturday.