FYI, she’s married to this asshole: 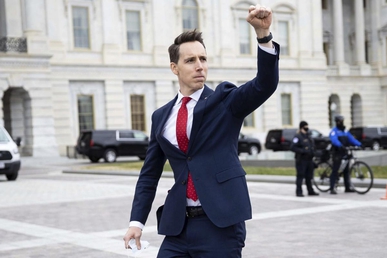 I wish we could all skip to awarding them stupid prizes.

Her personal definition doesn’t matter if it’s not codified in the laws. If the wording of the actual law prevents or delays a doctor from performing an abortion in the case of an ectopic pregnancy, whether by the doctor’s own understanding of the law or from hospital lawyers or administrators, then that is what is important. Her gaslighting and water muddying is performative nonsense that hurts real people.

Edit: Not to mention her word games would actually exempt all abortions because they’re not performed with the intent to end a life, but to end a pregnancy. So even her own attempt at obfuscation doesn’t work in her favor.

So apparently this is the new forced-birther strategy - simply deny that any situation they can’t defend isn’t actually an abortion. (I’ve seen three or four people do this just in the last day or so.) Absolutely no one should let them get away with this, not even for a second. They may actually believe (though I wouldn’t count on it, they’re so fucking disingenuous) it’s a “Shirley exception,” but medicine - and the law - disagree with them. Make those assholes defend their indefensible stances.

Another fascist (will to) power couple, like the Thomases.

Yep. Everyone tells them that banning abortion will have horrific consequences for women and is a monstrous thing to do, but oh no, “what about all the innocent baayyyybeeeees!”. Then they get exactly what they wanted, and immediately begin to wail about how all the bad parts totally don’t count because they make them look monstrous for the monstrous thing they did, and they couldn’t possibly be wrong and bad, it’s reality itself that’s the problem!

It’s interesting to see the various levels of reality denial by the GOP - one when they’re making up laws based on fantasies, then another, more desperate denial of reality once those laws become real and the harm they’re causing is no longer hypothetical. I fear we’re going to be seeing a lot more of the second.

it’s reality itself that’s the problem

Ironically, that’s actually true; the current reality that our society has established is cruel, violent, unfair and unsustainable.

another, more desperate denial of reality once those laws become real and the harm they’re causing is no longer hypothetical. 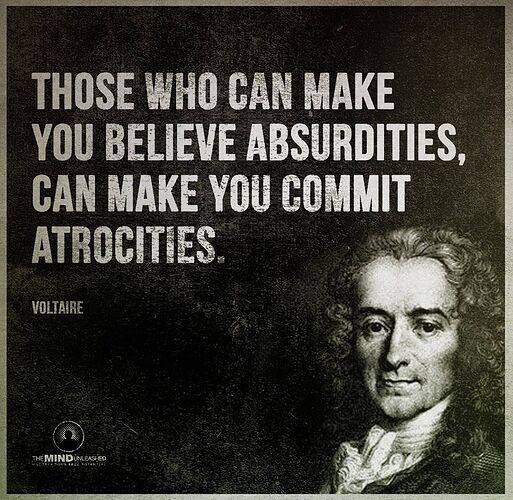 Let me dumb this down for her and the other “personhood” proponents.
An ectopic preganacy is when a fertilized egg (fully realized human, in their world) implants in anything other than the uterus, usually the fallopian tube. These spots are not suitable for supporting a pregnancy, because that is a very highly specialized function. This is an absolutely nonviable, zero chance of baby, very dangerous situation. However, a number of these will resolve spontaneously. So, we cannot say that the pregnant person (incubator, in their world) is in danger at that moment. What we can say is that, at this point, the situation can be treated with medication, very low risk, very few side effects.
Now we get to where we are now. In states with bans in place requiring the “incubator’s” life to be in danger, we have to wait until it actually is. This means the tube has ruptured, there is severe intraabdominal hemorrhaging, emergent surgery, significant risk, long hospital stay, huge potential for complications. Because we cannot terminate a hopeless “pregnancy” that had no chance of leading to a baby. None.
Doctors and hospitals are understandably leary of setting themselves up for the kind of show prosecutions assholes like Paxton would just love to throw to their rabid, bloodthirsty base. So they transfer out of state, send people home with some quiet, undocumented advice, or just flat out refuse to deal with it at all. OB-GYNs have been leaving the OB part of the field over legal and financial risk for years. I very much suspect this will hasten that trend. But since only Gyno-Americans (and those who love them) will suffer, the fascists do not give a damn. It lets them prove their bona fides to the base. That’s all they care about.

OB-GYNs have been leaving the OB part of the field over legal and financial risk for years. I very much suspect this will hasten that trend.

Both my OBGYN and my GP retired suddenly between my last visits and this year’s annual appointments.

the fascists do not give a damn.

Oh they will, once the viable lawsuits against them start… or worse.

Desperate, scared people who are backed against a wall tend to resort to desperate measures.

Either way, this will NOT end well.