A perfect example of state-run propaganda. Orwell would be proud.

Joseph Goebbels would be proud.

The world is at war with a hidden enemy. WE WILL WIN! 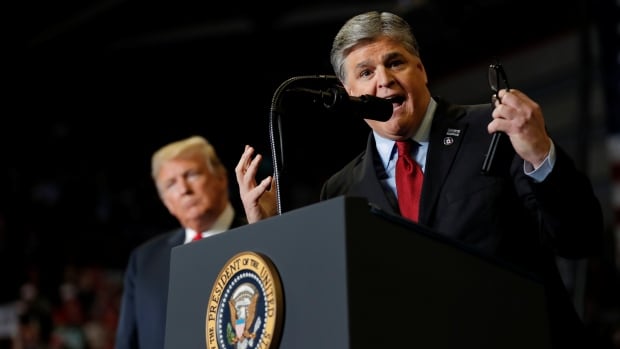 Until this week, many in the American right downplayed Coronavirus talk in the U.S., casting it as hype from Democrats and the media to hurt Trump's re-election. That's changing. Like the president, they've begun stressing the seriousness of the...

Better late than never, I suppose.

Recent polls still show a dramatic lack of concern over the virus by conservatives. They haven’t changed realities yet.

And this hasn’t even been updated in almost two weeks.

I don’t watch Fox News, but is every report so dramatic? The emotive delivery feels so over the top. Even the telescreens weren’t as fervid in their conveyance as the anchors above.

It’s very clear. They employ the trick of naming it “Fox News”, fooling lots of people into thinking it’s journalism. It is not and it never was.

At least they (and the president) have come around. Better late than never. Ron Paul is still calling it a hoax. http://ronpaulinstitute.org/

It’s great that people are keeping track, though. When all this is over, there will be scores to settle. (To be clear, I’m not talking about mob violence. I’m talking about elections and belated public understanding of these scumbags’ characters.)

There is no doubt in my mind that if there were a Democrat in the White House that Fox News would have been critical of the pandemic response from day one, even if a president Sanders or Clinton or Biden were handling it 10x better than Trump.

There is also no doubt that Fox News would be screaming “socialism” and “they’re trying to BUY the election” with the announcement of government cash payouts, were it a Democratic White House.

I have not seen my local Trumper friend lately, I’ve heard he’s basically self-quarantining, despite telling me weeks ago there was nothing to worry about, “it’s just the flu” etc. The last time I saw him he said “Trump’s doing a great job handling this, he’s meeting with experts several times a day!!” Talking to someone like him illustrates how conservatives basically get all their thoughts from Fox News and talk radio.

The same people on my community facebook feed (I know!) who were calling us all children and erroneously pointing out there were no cases in India or Russia 3 or 4 days ago are now the ones who won’t bring in their mail, yell at people walking their dogs, and boast of purchasing extra ammunition.

They are cowards, pure and simple, who have been led on by evil, manipulative charlatans. I’m glad you brought up the Nuremberg trials, because depending on how this all plays out, we may need a round 2 in the coming years.

I’m missing something. Why the segue into a discussion of the Nuremberg Trials?

They are cowards, pure and simple, who have been led on by evil, manipulative charlatans. I’m glad you brought up the Nuremberg trials, because depending on how this all plays out, we may need a round 2 in the coming years.

The RNC/Fox machine will change their message from “not a real issue/Democratic shenanigans” to “major crisis brought on by liberal immigration policies, tacitly endorsed by the ‘democrat party’ for political gain” with the promotion of border closings and wall building, all in the name of National Security.

This change will happen very, very quickly. The first hint was the use of the term “Chinese Corona Virus”, and there will be no hint that there ever was a different message.

We’ll probably also see an uptick of civil war rhetoric in the more fascist media elements (like talk radio) contained in the Republican Party media apparatus, if we haven’t already.

Welcome to the Worst Year Ever.

Fox has always been at war with Eastasia COVID-19 .

Welcome to the Worst Year Ever

Their projection is epic because the only ones I heard politicizing this crisis was this administration and their army of talking heads.

You know, that concept a bit abridged from Andrew Yang? That thing that the entire Republican play book gearing up a few weeks ago against Bernie Sanders possibly running against Trump?

Suddenly the “businessman” (read- grifter in chief) trying to run a country like a business, having been shoveled his own shitpile back in his mouth after cutting the pandemic response team from the CDC in 2018 under his own watch is reverse coursing realtime, so much so that he’s directly advocating true full on socialism.

And yet I still see Trump hats at work and no one is calling this utter reversal of belief out immediately.

Republicans are a complete joke. They switch mentalities as soon as reality can’t help but hit them in the face with a Mac truck

Trump doesn’t believe in anything but himself. The question is why anybody else believes in him.