Watch: Jon Stewart breaks down while advocating for 9-11 first responders, at Congress hearing

Stewart has been doing this since 9/11. As a fellow New Yorker, he has my undying gratitude for his efforts here 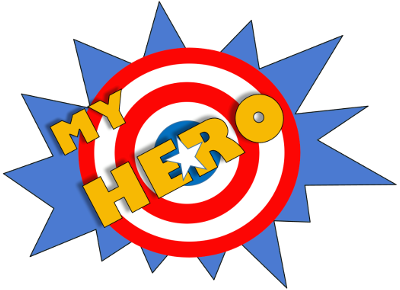 Some unsung heroes on this subject are the good people of Bellevue Hospital who have been providing free medical testing and care to victims of 9/11 from the outset
https://www.nychealthandhospitals.org/bellevue/health-care-services/wtc-environmental-health-center/

I can only imagine Republicans thinking in their heads, ‘well hey, we don’t take care of our veterans properly either, so what’s the big deal.’

Two questions. Which committee was that, and which congress critters were supposed to be there and weren’t?

Those congress critters need to be hounded at every town meeting, at every meet the press, at every function and asked “The first responders were there when they were needed. You weren’t. Why not?”

And then they need to be voted the fuck out of office.

He’s a great speaker, it’s hard not to be in awe of his use of words and the lovely cadence by which he excoriates them. It’s also heartening to see him find his true calling, and that calling be something so noble.

The sub-committee holding the hearing has 14 members, so a majority of it actually was there when Stewart was speaking. Simultaneous to this hearing there were over a dozen other comittee hearings and mark-up sessions, plus the morning hour debate on the House floor.

You know the problem those men and women who put their lives on the line to unfuck the worst single loss of life incident in modern American history have?

If they were, maybe some rich old fucks would give a shit. What an utterly hideous parody the US seems to have become.

I’m glad he made the comment about response time, because it ties into the larger point of how New Yorkers as a whole – rich and poor, Republican and Democrat, young and old, black and brown and white, religious or atheist --responded with resilience and speed to the attack on our city.

What I remember most from that week, more than the horrors, was everyone coming together as a community and getting things working again as quickly as possible. The subways, the stock market, workplaces, schools: all functioning again (albeit not as usual) within days. There was no better way to flip the bird to the hateful religious fundies who carried out the shock attack (and to the Xtianist ones in the U.S. who said we “deserved” the attack).

The 9/11 first responders were the finest and first examplars of that attitude, showing the rest of the country the way that real patriots confront terrorism. I’m glad that they have someone like Stewart to speak up for them.

Who were the “Empty Chairs” who couldn’t be bothered to come to this hearing?
Louie Gohmert, Texas
Jim Jordan, Ohio
Guy Reschenthaler, Pennsylvania
Kelly Armstrong, North Dakota
ALL REPUBLICANS. SHAME!

If they were, maybe some rich old fucks would give a shit.

Nah, it’s not like the anti-abortion crowd actually want to pay for prenatal health care either.

Again, I have to continue give a big shout out to people who are continuing to deal with the damage left by 9/11. The good people at Bellevue’s WTC Environmental Health Center.

From the outset they were providing free diagnostic testing to people and devoting heavy resources into research and epidemiology issues relating to the incident. Then they started giving care to its victims regardless of ability to pay for the treatment. The program is an integral part of the Zadroga Act

Jon Stewart’s work has been ensuring these people stay funded.

The harder they were waving the flag and screaming about “Islamofacists” 18 years ago, the less likely they were to be in their seats on that podium the other day

What I remember most from that week, more than the horrors, was everyone coming together as a community and getting things working again as quickly as possible.

Same here. That was the one thing that gave me a feeling that things would be okay at some point. I long for that sense of unity once more but I don’t want it to come about as a result of a national tragedy. People in this country now seem to have more hate than ever.

God knows I’m no apologist for the Republicans, but Democrats were MIA too:

Plenty of Democrats weren’t there either.

I didn’t know the entire list, but I did know that there was a California Democrat (Eric Swalwell) missing. As @heckblazer mentioned, two absences were due to other hearings in other subcommittees – Swalwell being one.

As for the rest, I have no words. I just feel sick.