Cringey! How he goes from his fake “warm affection” face to complete blank, then the odd “nice to see you.”

I also think it’s cringey that CNN hosted a “town square” to let this misogynistic traitor shill his new book.

I also think it’s cringey that CNN hosted a “town square” to let this misogynistic traitor shill his new book.

CNN is now aiming to be FoxNews Lite 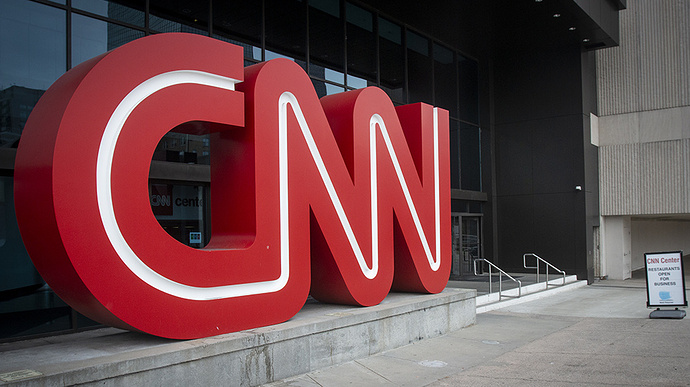 Changes spark chatter of CNN shifting to the right

Major changes at CNN in recent weeks have sparked chatter in media and political circles that the network’s new corporate ownership is pulling it to the political right.    CNN stron…

How did he make it this far in politics? He seems to have the personality of a wet dishrag.

Fascism, baby! If you publicly demonize the ‘others’, you can go a long way in American politics. Pence was a right wing radio host before becoming a politician. The voters knew he hated the same people they did.

maybe his handler said something over the earpiece just then

If he did become president, I think Nick Offerman could pull off a good parody of him.

You need to stay current on your software patches.

On the whole- I prefer Hymie.

Won’t testify before Congress on 1/6 matters, but sure is happy to spill the beans in his own book.

That guy, I tell ya…

How did he make it this far in politics? He seems to have the personality of a wet dishrag.

And maybe he glitched because her interruption made no sense to him - he’d already forgotten her name again, and that he’d called her Barbara. Tries to seem friendly and warm and as if he is talking to YOU, but like most politicos, he’s just talking to a random person/microphone and racking his brains for the right thing to say to this particular microphone. Mics don’t have names.

You’d think we’d be done with tell-all books about the last administration from its co-conspirators/enablers who did jack shit to impede it in any way.

Think about how far fucking gone one has to be that Dan Quayle is the hero of their own story?

at which point the bug seemed to disappear

“I’m sorry, Barbara. I am not used to talking to women other than Mrs. P.”

Maybe the weird “reset” period was actually his visual interface looking around to make sure there were other people in the room.
Heaven forbid he be in a room alone with a woman!!!

That’s what I was thinking. It sounds like he initially proceeded with what he’d planned to say (“nice to see you”) and took a beat after he realized what she’d said.

Also I kind of understand how he might stumble in the first place and mishear her name as Barbara considering her hyphenated last name is Barber-Dansby.

Won’t testify before Congress on 1/6 matters, but sure is happy to spill the beans in his own book.

If he testifies, he’ll be under oath. In a book, he can lie his ass off without a thought of perjury.

“I’m sorry, Barbara. I am not used to talking to women other than Mrs. P. Mother”

Is it healthy to use that much crayon on your skin?
I call it Trump-orange-lite (c). Here paired with fascist undertones and 10% racist eye liner.

I mean… I have no love for the empire but…

Her name is Andrea Barber-Dansby. Getting “Barbera” out of that in a live setting isn’t crazy. And the pause… yeah, maybe it’s a reboot cycle. But taking a sec to compose your thoughts while you’re taking a second to answer a question…

I’m no fan of Pence but making fun of people with out-of-context clips and mocking a meaningless mis-speak… sure it feels good but aren’t we better than that?