He knows he’s being cheesy, and is partially counting on “the left” to not get that, and widely mock him for it, thus providing free publicity in the same way trump leveraged doing/saying outrageous things to get endless free media coverage.

Those can’t both be true. Trump had no idea he was being cheesy.

There is this idea that the right are playing twelve dimensional chess whenever they look stupid. By now it should be more than clear they’re not, they’re knocking pieces over because they don’t know or care how to play chess. The idea that we need to constantly police our own speech in case it’s part of their secret goals is self-defeating nonsense.

Right wing Politics has been reduced to an “our side vs. their side” thing. People on the right are now just rooting for their team to win. Ideas don’t really matter anymore to those on the right.

Fixed that for you. To pretend that this is an ill just as bad on both sides of the political spectrum is playing right into their hands. Listen to stump speeches from dems and then from republicans and show me how “both sides” are turning this into a culture war that has nothing to do with values or solving problems, but just about beating the “other.” You can’t because that’s not what’s happening.
Just recently, a local radio news program talked about how, “Maine politics have gotten more divisive than ever,” as if it’s being caused equally by both sides, but it’s just not. And we shouldn’t use language implying that it is.

Politics has been reduced to an “our side vs. their side” thing. People are now just rooting for their team to win. Ideas don’t really matter anymore.

The only teams I see in the U.S. are those for liberal democracy and those who are against it.

It isn’t just everyone, though

I know, I know… but I like to point to my wife’s cousin who is a diehard New York Giants fan, a New Jersey booster, and a wackjob conservative Republican.

In his eyes, the Giants can’t lose, New Jersey has no faults, and Republicans (no matter who they are) can do no wrong. And he’s a social studies teacher in a NJ high school. A high school teacher who resisted joining the union, because Republicans don’t like unions.

He fancies himself politically informed, but he’s not. He’s just a fan.

And then there’s Fox News which is more of an entertainment channel than a news channel (the Democrats (notice I didn’t say “the left”) are little better, I can’t stomach Rachel Maddow for the same reason).

The only teams I see in the U.S. are those for liberal democracy and those who are against it.

The teams are these: Republicans and Democrats. 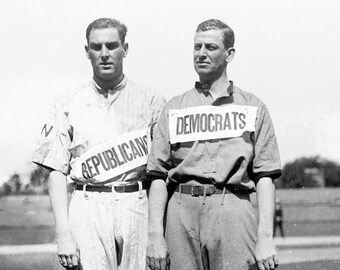 They’re just teams. A distraction. Very similar entities with just social causes to differentiate them. What do you believe in? A woman’s right to choose? Civil rights? Gay marriage? Voting is the illusion of choice. They’re ripping us all off. No matter who we vote for.

But let’s whip people up about which team wins.

We can be manipulated.

Are we still saying there’s no difference between them after the Republican packed court overturned legal precedent for the right to choose and their president tried to run a coup? Jesus, how blind do you have to be to overlook things like those as if they were somehow inconsequential?

There is something sinister happening, yes. And the Republicans orchestrated it, yes.

But I don’t trust the Democrats either. I voted for a Democrat just once. And she lost. I never would have voted for her if the other candidate wasn’t Donald Trump. Neoliberals like her (et al) are in the pocket of corporations, just as much as the Republicans are. Both of them are at the root of our problems.

I live in New York, so I have the luxury of voting third party. And I probably won’t vote Democrat again. If I lived in a conservative state, I’d vote differently.

I don’t think you’ll find a lot of love for neoliberals and corporate rule here. But they let you vote against them and don’t take control of your bodily autonomy. The fascists are literally taking those away from people as we speak.

We can also be manipulated to not care when our survival is on the line. Though that may not apply to you.

I’d take back my like from your earlier comment if it were possible; I had initially misread what you wrote and don’t agree with your assessment at all.

When the 76’ers lose - you also lose abortion rights in Philly. Just teams!

I don’t agree there is no difference. Yes, there is some aspect of team sports on the Democratic side, but it’s not anywhere near as problematic as the GQP side at this point. The Democratic party does have people who are interested in ideas, and who are pushing for actual solutions to our problems. They are also absolutely willing to work across party lines to get shit done. That poison exists, but to a much lesser degree and certainly not to the terrifyingly eliminationist degree it’s being expressed by the current GQP.

We can also be manipulated to not care when our survival is on the line.

To say that the Democrats are “just as bad” is bullshit of the highest order right now. Does it have a neo-liberal wing? Sure. Is it entirely top-down, authoritarian, and looking to put some people in death camps? Fuck no!

What do you believe in? A woman’s right to choose? Civil rights? Gay marriage? Voting is the illusion of choice. They’re ripping us all off. No matter who we vote for.

Must be nice that none of those issues are of existential importance to you. Considering that Dems are the “team” actually trying to do something about climate change, how long do you think that will be true? Will you change your mind when your house is picked up by a tornado ot maybe when it’s flooded by a hurricane storm surge?

it looks like the stage for a WWE wrestling match.

How crazy is it that former Republican Governor Jesse “The Body” Ventura now seems like a composed, qualified and reasonable candidate compared to most of the clowns his party has put forward over the last decade or so. (And he was a 9/11 Truther!)

How crazy is it that former Republican Governor Jesse “The Body” Ventura now seems like a composed, qualified and reasonable candidate compared to most of the clowns his party has put forward

I know, right? He was also anti-torture during the Bush administration, which was considered to be a fairly liberal position back then. 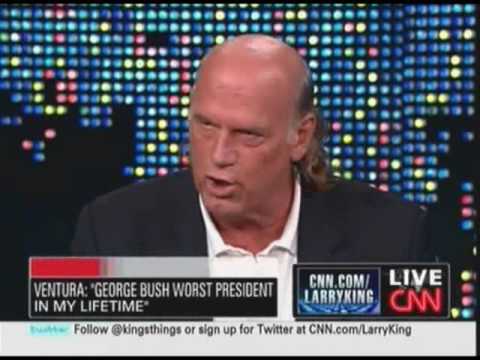 Both of them are at the root of our problems.

i’m keeping a screenshot of that statement when republican judges roll back marriage equality for gays as well as interracial couples, the right to contraception, the right to due process, and the right to travel freely when it is used for women’s bodily autonomy. you must be insulated indeed if none of those rights immediately on the chopping block because of the republican death cult’s decades long concerted efforts do not effect you or anyone you are close to.

millions of us are much more exposed and justifiably resent your indifference.

How crazy is it that former Republican Governor Jesse “The Body” Ventura now seems like a composed, qualified and reasonable candidate

Jesse Ventura was a third-party candidate

The Republican nominee was Norm Coleman