Guys in fake beards pretending to be Hasidim? At least they got the ZZTopp moves, I’ll give them that.

On the one hand, the bad fake beards and implied, possible, antisemitism are a stupid distraction. On the other hand, the goofy “you don’t expect people who look like that to play like that” shtick* is probably how they got on the show in the first place. And I DO like me some surf guitar.

edited to add: * That sort of thing really only works when you get both halves right: you have to be talented enough to pull off the unexpected skill (and they are) and you have to legitimately look more like part of the group, not a bad caricature of it. If you actually ARE part of the group, it’s kind of empowering to see one’s stereotype smashed by unexpected skill. But when you just put on a badly done stereotypical costume, it’s like you’re saying “This is funny because real Hasidim don’t do this.”

This group would not be allowed to wear blackface, and yet the Jewish equivalent is okay?

This group would not be allowed to wear blackface, and yet the Jewish equivalent is okay?

Their website isn’t clear, but it implies everyone in the band is Jewish except the bass player, who they refer to as “Our Shabbos Goy.”

Do reformed Jews get to mock Hasidim? Ask your rabbi.

My own take is nobody is above being made fun of, and you at least need to be silly with your own culture, which includes mocking a very conservative subset of that culture. 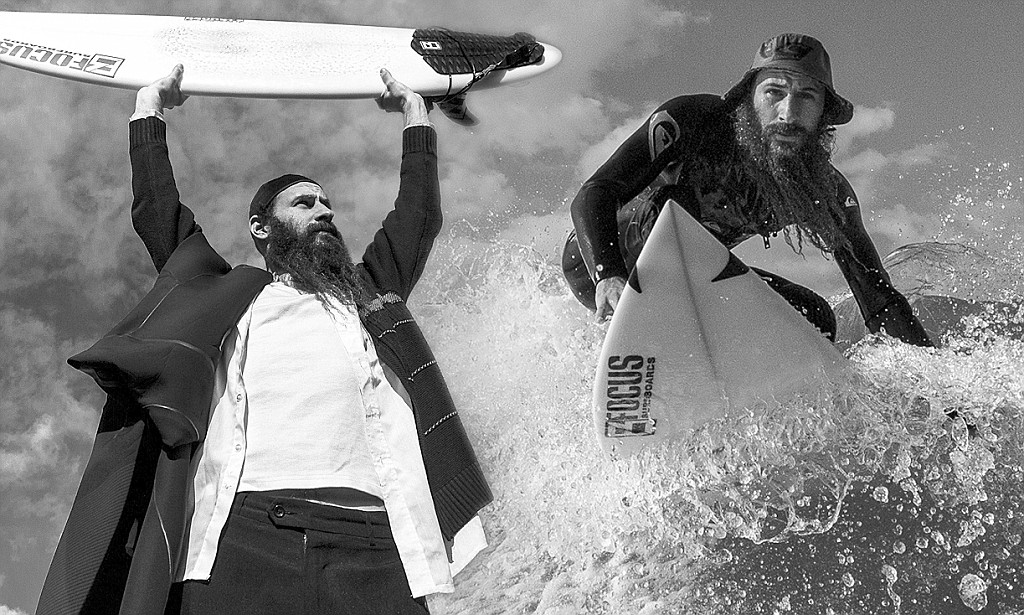 From Talmud to tubes: How Orthodox Jewish surfer is shattering stereotypes by...

Writer and surfer Gai Shtienberg captured the two passions of one Jewish man's routine - his devotion to religion and his irrepressible love of surfing.

Do reformed Jews get to mock Hasidim? Ask your rabbi.

Indeed, where does one draw the line? I think that one question can be whether you are questioning and ridiculing ACTUAL behavior or just using a caricature of it. While nobody is beyond being made fun of, this seems like it at least skirts the edge of nasty stereotyping.

I was gonna’ do that so I went to YouTube.
But then there was Jenny Nicholson, John Oliver and 'Head to Head.'
At least I didn’t watch some guy fix up old matchbox cars…
yet.

At least I didn’t watch some guy fix up old matchbox cars…
yet.

Those are actually pretty neat… then again I paint warhammer 40k minis so it is tangentially interesting work to me.

Surf and Klezmer, is the difference maybe just accordions?

First thing I thought of as well.

I used to listen to a group called Rubinchik’s Orchestra - they billed themselves as “the world’s only Jewish conjunto band.” I lost track of them and don’t know if they’re still playing.

Surf and Klezmer, is the difference maybe just accordions?

Well. like I always say, as long as there isn’t too much sax and violins involved, go for it.

This one still has the best version of “Do you really want to hurt me?”, even after all those years: