Watch this weirdly fascinating video of a log in a whirlpool

Originally published at: Watch this weirdly fascinating video of a log in a whirlpool | Boing Boing

“My boyfriend and I found a whirlpool that shifts daily and we went to check it out. He saw a log and the camera came out.”

Best I can tell from the scenery, it’s somewhere along the 202 next to the Youngs river. 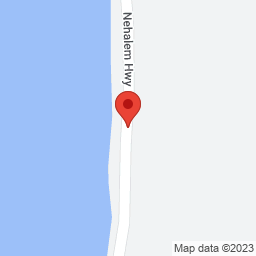 Looks like a close match to the street view images

What did Spock find in Captain Kirk’s bathroom?

IANAH, but it seems that culvert allows the wetland to drain into the main flow without overtopping the road. Intentionally tossing big, cloggy stuff into it strikes me as a Bad Idea.

“If a log comes out here I’m gonna be impressed”

I was trying to figure out, initially, how the heck what seemed like a slow-flowing stream had a whirlpool - until they revealed it was, literally, a drain. (At which point I realized throwing a log into it was a bad idea.) The “someone’s pulled the plug” caption becomes weird in that context - I suppose it was intended as a joke, but since it actually is a drain, I’m not sure what the joke is.

Yikes! That is fuel for my nightmare!

No - THIS is the fuel for your nightmares:

The Strid is less nightmare fuel for me, and more like PTSD fuel.

It has all the most terrifying elements of cave-driving, but with the added terror that you can just fall in to it.

“One day my log will have something to say about this.”