Originally published at: Watch this wild video of children being thrown high in the air as they ride a poorly designed giant slide | Boing Boing 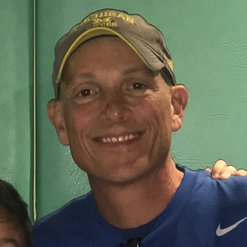 @champnella
Detroit rapper @GmacCash made a song about the Belle Isle Giant Slide and it's fantastic! Put it with some clips and, well, here you go... twitter.com/champnella/sta… https://t.co/bJWL1RdREK

Six Flags Over Texas. Eventually a windstorm tore most of the roof away, which was never replaced. That damned thing was really scalding hot on a 100° afternoon, which was just about all of them.

You are looking at a 60 or 80 year old slide. it used burlap sacks for all the times I rode it.
I expect the minimal maintenance the Detroit parks and rec performed on it over the years kept the speed down.

The State of Michigan took over the park as a cost diversion measure and during the Covid break did many upgrades and cleaning to the park. Please note the slide looks nearly brand new! and really smooth and slick. That equals speed.

I remember going on a similar slide when I was a kid,. If your hands/arms stray outside the provided sack you end up with friction burns. Some places use a piece of carpet, which you can fly off of on the bumps-- same result.

Yeah, the Giant Slide didn’t do that shit to people when I was a little kid.

Oof. Landing on a down-slope is ok - you mostly just change course. But I saw a lot of folks pick up enough speed to land on the flatter bits of the curve.

You wanted action parks, you got 'em!

When I rode the giant slide at Wichita’s Joyland as a kid, this is exactly what I wanted, to be airborne.

DNR stands for the Department of Natural Resources, which owns the ride.
DNR also stands for the form you sign before you get on and suffer a traumatic brain Injury.

Yep, it seems to be operating exactly as intended by the designers and the young riders.

We had a giant slide at Revere Beach that never had any issues like this one does. Unfortunately the Revere Beach amusement park (Wonderland Park) land was sold to developers in the early1980s for space for condos. When I got home from military service i was beyond pissed by this development.

There will be blood?

Growing up means realizing you’ll have to land at some point?

The getting airborne isn’t really the problem. The problem is the 5 foot drop onto a horizontal portion of the track (on your tailbone, back or neck). So yeah, it looks badly designed.

A better solution would be redesigning the drops (you could even have much longer drops) so the landing is onto a sloped section of track.

The less exciting solution would be to replace the burlap sacks with a material with a higher coefficient of friction - fleece maybe?

The adding water solution might adjust the friction of the burlap to slow it down. Or it could conceivably act like a lubricant and speed things up depending on how much water is involved.

I’d love to be involved in all that!

Yeah a lot of the news reports on this, including this one, make it sound like this was a brand new slide that just opened, but I learned this slide has been around since the 80s. It’s just been closed for a couple of years, initially because of COVID. I also wonder if some collective knowledge of how to safely slide down was lost because it was closed for so long. I noticed that the people who keep the sack held tightly closed and held onto it firmly weren’t getting nearly as airborne, if at all.