I was waiting for that. Thx!

I mean, okay, but nothing about that uniform is practical for combat.

I was talking about the time when the dragoon helmet was introduced to heavy cavalry, the mid 19th century. Obviously today it is ceremonial but at the time it did have a defensive function, primarily against sabre strikes, the same reason the iconic Pickelhaube has a spike.

A dragoon charge with the immediate predecessor to the still used “Albert” type helmet: 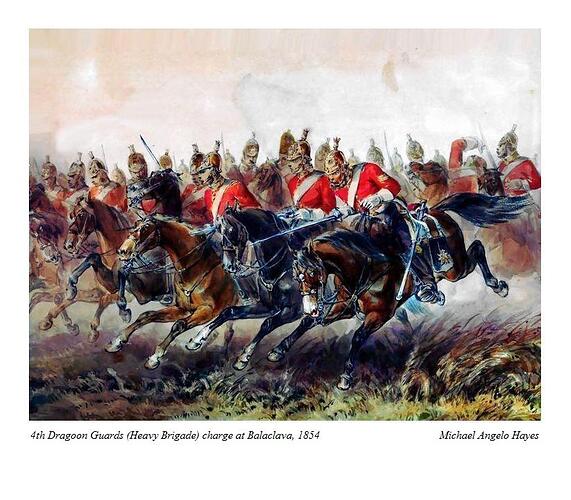 822×719 99.5 KB
Example of a horseback engagement between heavy cavalry (Austrian and Prussian here) showing the type of sabre slash defended against by the helmet, which is a slightly earlier type: 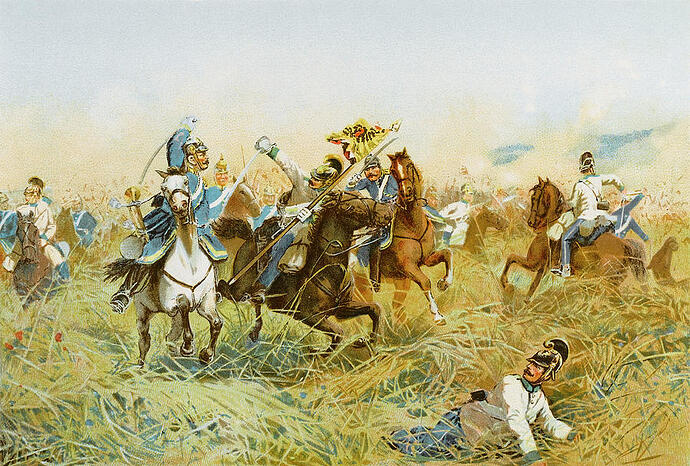 Oh, FFS! This isn’t a tweet or a text. Can someone please do some proofreading…at least in the headline?

Marvellous stuff. As a Londoner (albeit a republican) I’m always pleased to see our public servants doing their jobs well. What the ever loving hell did this woman think was going to happen when she messed with a soldier of the Household Cavalry Mounted Regiment? Anachronistic outfit aside, he’s there for a serious reason, not for the amusement of bloody tourists…

The heroic police of Uvalde

I always prefer Draft Horses to the bottled varieties.

There’s a whole genre of videos of the Queen’s (Life) Guard yelling at tourists, and I find it very satisfying.

Something about the juxtaposition of a republican language and deference to British royalty made me smile when reading, “Gendarmerie Royale du Canada”.

@iquitos46 What’s got four legs, and a dick on its back?

Pictured, a Dick on its Back. 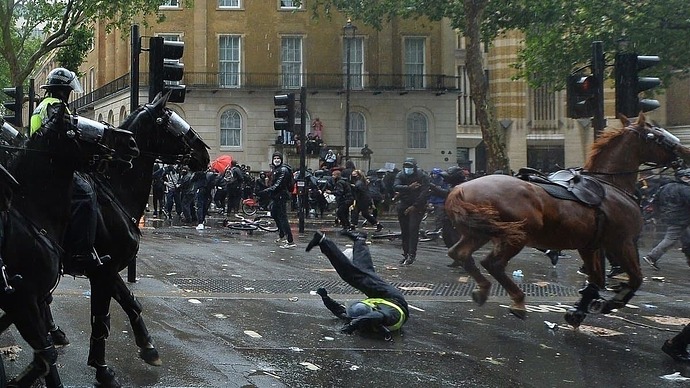 I always prefer Draft Horses to the bottled varieties. 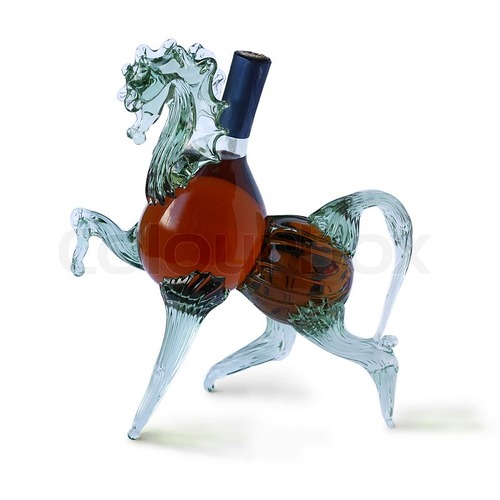 There will be NO reigning on my parade!

What the ever loving hell did this woman think

[my emphasis]
There’s a problem, right there…

A friend was visiting London in the '80s when the IRA were still pretty busy. Back then (maybe now too?), the ceremonial guards were only used when the royals weren’t in Buckingham Palace. When the royals were in, the guards were armed marines. You could not stand next to them for pictures. There were barricades and clear painted lines.

He saw this exchange:
Tourist with American accent: “What happens if I step over this line?”
Marine: “I would have to shoot you, sir.”
T: [puts toetips over line]
M: [in a single quick fluid motion: adjusts stance for firing, raises rifle, and aims directly at T’s chest]
T: [wide-eyed, raises hands and steps back silently]

I’d swear the horse almost laughs at her at the end.

Similarly, you don’t playfully grab the steering wheel of a firetruck, ambulance or police car that are in service.

I’m kind of ok with not subjecting horses to this kind of tourist bullshit.

Or having it stand around for hours with a heavy human on its back.

Tourists who don´t educate themselves before going somewhere are the worst.
Reminder: The Royal Guards are NOT some whimsical tourist attraction. They are trained elite soldiers, armed with loaded modern assault rifles, guarding the Queen and the royal family, in that job autorized to, as a last resort, shoot to kill.
You really, REALLY don´t want to fuck with these guys.

Reminder: The Royal Guards are NOT some whimsical tourist attraction

I mean, the ones in the funny getup are. They’d be much more effective if dressed for the job.