As an “older” American I cringe when I travel to other countries with other American. Too many “there’s not McDonalds”, “they don’t speak English” and other such nonsense. My wife and I enjoy the differences. (I’ve eaten street vendor food in PI.) Relax and enjoy the ride.

It’s the end result of “reining in” turning into “reigning in”.

Graffiti in Tucson way back when, there was a new wave band called The Freds.
FREDS RULE
so a local smart-aleck wrote below it
CLAUDE REIGNS

Good for that guard. Show some respect and understand the world does not exist for your amusement, tourist lady.

A TikToker posted video earlier this month of his stepmom who confused the palace with Disneyland, grabbing a horse’s reigns for a photoshoot.

In all seriousness: do not do this with the horses at Disneyland either. They are huge, powerful Draft horses and although they’re well trained all animals can be unpredictable.

If one guest does something really foolish and gets themselves injured by a horse there they could end up taking away the horse-drawn streetcars forever. Nobody wants that. 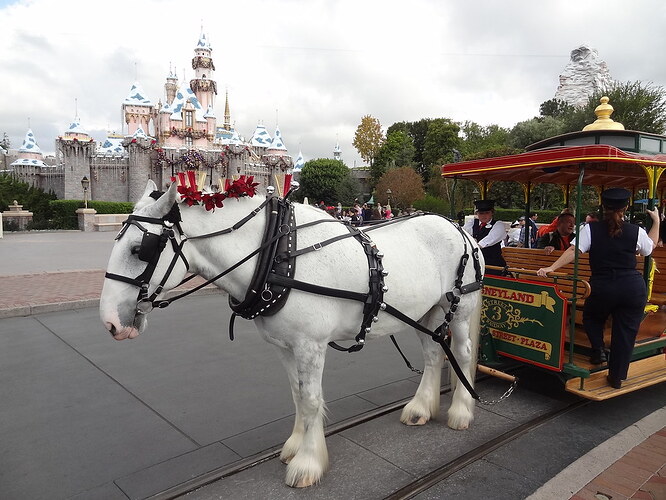 Oh, FFS! This isn’t a tweet or a text. Can someone please do some proofreading…at least in the headline?

I was at that location in 1987. Not so much Buckingham Palace as The Queen’s Horse Guard, Whitehall. In the photo that I took, a girl is touching, not grabbing, the reigns. People were crowding the horse. I left quickly.

Many people don’t realize how strong and fast draft horses can be, and how quickly they can spook. Stanley Park horses spooked by car horn take tourists on wild ride - YouTube

One of my very vivid childhood memories is of a heavy horse show. A horse in the ring got spooked and the team and carriage took off and went full speed through the railings. People scattered and the driver got control of the team. Thankfully there were no injuries. But it was terrifying to have my father pick me up and run full speed away from charging horses. Do not recommend.

People have no idea of the power draft horses have. Growing up, we had neighbors in farm country who hired out their draft horses to pull huge farm machinery out of the mud when they got stuck. A pair of draft horses could recover a 20,000 kg combine harvester!

(i say) doesn’t that helmet obscure the rider’s vision a not inconsiderable amount? (“hey, it’s the horse what does the driving!” and/or “as long as 'e can see downwards to chop away at the infantry”)

Believe me, if your main worry was enemy sabre strikes, you would be very glad about a helmet across your eyes.

It actually doesn’t go quite as low over the eyes as it looks but the extreme slope is very effective at diverting sabres away from the face. 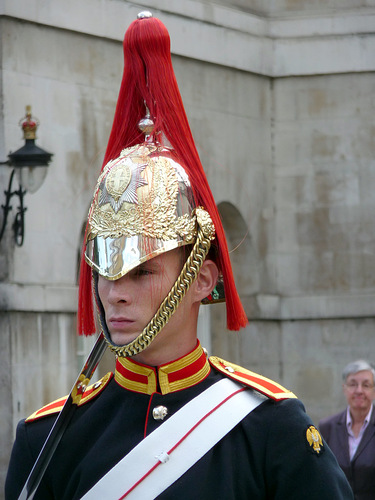 Some dumb animals are really hard to manage, Cudos to the horse for being tolerant of that one.

It actually doesn’t go quite as low over the eyes as it looks but the extreme slope is very effective at diverting sabres away from the face.

I mean, okay, but nothing about that uniform is practical for combat. It’s okay to have ceremonial floofery in a ceremonial role like this. No need to rationalize it.

To quote an RCMP officer that I once asked about their ceremonial uniforms at an event, “It’s fun to put on the getup for stuff like this, but it’s not very practical for wrestling perps to the ground”. We all laughed.

The Red Serge refers to the jacket of the dress uniform of the Royal Canadian Mounted Police. It consists of a scarlet British-style military pattern tunic, complete with a high-neck collar and blue breeches with yellow stripe identifying a cavalry history. Constables (Cst) and non-commissioned officers (NCOs) wear the red serge tunic with blue gorget patches on their collars and epaulettes of navy blue. Metal collar dogs of the RCMP badge are worn on the neck. Constables and NCOs wear embroider... 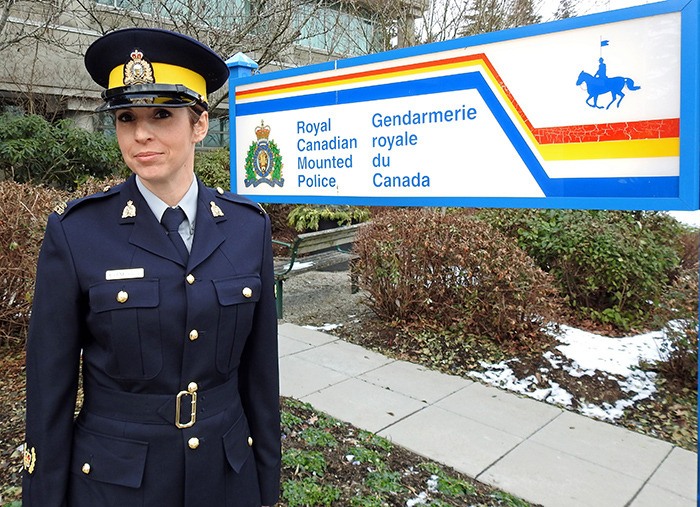 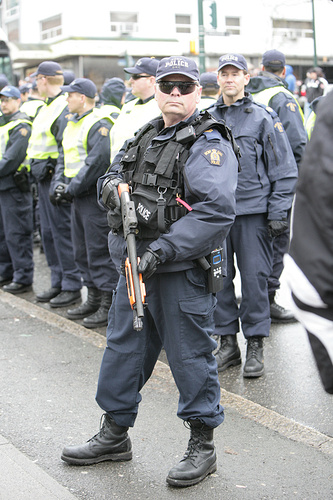 To quote an RCMP officer that I once asked about their ceremonial uniforms at an event, “It’s fun to put on the getup for stuff like this, but it’s not very practical for wrestling perps to the ground”. We all laughed.

The good horses don’t let that stop them from doing their jobs though. 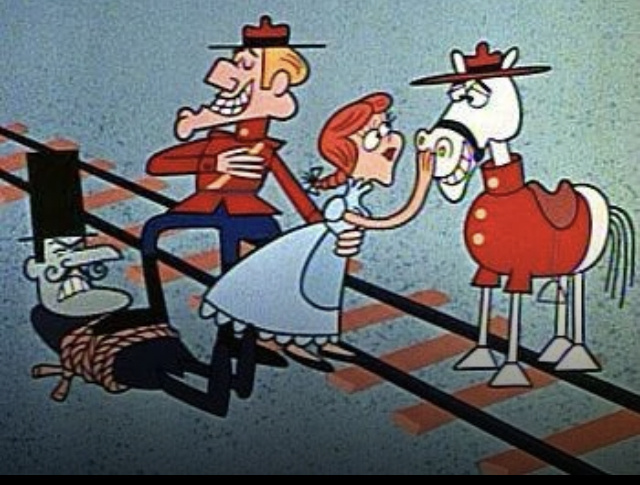