Trump, the press, the USA, the paper

He seems to be a person fairly easily amused…I wonder if he reads condensed books?

Here’s one crushing 1500 pounds of paper.

What a waste of good paper.

This guys videos are some of the greatest examples of why the internet is awesome.

I think the real message here is to keep your ass away from active hydraulic presses. At least it was for me, but I tend to be skittish.

So what you’re saying is, please don’t squeeze the Charmin.

I’ve got to sample one of his many “what the fock!” statements.

I think I could use it about 50 times a day at work.

OK, so, according to Boing Boing, I’m a wasteful monster

funny, it sounds like you’re saying/ name calling ‘monster’, and then saying other people are saying it - about you?

That kind of shit is TOTALLY human.

What a waste of good paper.

You didn’t hear what it said about you? Said you were a monster. This is not good paper.

Then it got what it deserved!

It’s the play-by-play in exuberant, colorful, English that make these videos truly entertaining.

From now on, I shall be referring to bits of string as Finnish remote control.

After a long week of demoralizing Trump hijinks, what you need is the satisfying release of a hydraulic press video. Here’s one crushing 1500 pounds of paper. 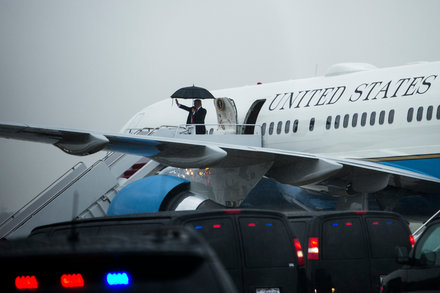 Trump Tries to Regroup as the West Wing Battles Itself

President Trump faces hurdles after a staff shake-up and rising defiance by his own party.

“Very interesting to see if this explode also.” Should be my motto.