What is narcissistic personality disorder?

We have one running for the TEAGOP ticket, he’s got a PHD in narcissistic personality disorder.

“…and even those we choose as leaders.”

The trouble is, they tend to choose to be leaders, whether or not we want them to.

I can’t watch the video because of the big elephant in the way.

I had the unfortunate experience of meeting a female NPD back in 2014.

The best advice the experts can give is not to engage with an NPD if at all possible, but if you are stuck with them in the workplace or similar relationship, placate them until you can remove yourself (or much more difficult - them) from the relationship entirely.

This will not be the end of things, however. If you still have something your NPD needs (attention), they will creep back into your life over and over.

The (only probable) silver lining about the Republican nominee for president:

He serves as a living, breathing example of NPD, that teachers of psychology and sociology can utilize in their lesson plans.

Right. It’s not about managing one’s relationship with an NPD as best one can. It’s about doing all one can to just get the fuck away from that person, as far away and as soon as possible. And yes, to then beware their efforts to creep back in.

(I realize that sometimes one can’t get away, as with a coworker or family member, so management of the relationship is necessary, but still, thinking about management, instead of about the need to just stay away from that person as much as possible, can make it easier for that person to creep back in.)

Another component of getting away from an NPD person is developing a very thick skin. Do not worry about the lies they have told others about you. Anyone who believes them is in thrall to them, and you want to be away from the entire mess.

Hard to do if you’re forced to work with them, obviously. There are specific steps to take for that, to protect your position in the company.

Thirding this. These individuals really deserve to be labelled as toxic and hazardous to your mental health. If you recognise a person in your life as having those traits, don’t keep making excuses for them – get as far away as possible as soon as possible (easier said than done, but possible). Having to deal with them on a frequent or intimate basis will make your life a hell.

My stepmother’s personality and behaviour checks almost all those boxes in the video. When my Dad died (after a period of illness made unnecessarily worse by her NPD) I was finally able to cut her off completely and let her know exactly why (a lot of those checkboxes came up in the discussion). It was one of the best decisions I’ve ever made in my life, after 30+ years of appeasement to make things easier for my father (who understood in his last decade the terrible error he’d made).

And yes, as you and @MillieFink point out they will always try to creep back in. My sister, for reasons I don’t quite understand, still maintains contact with her and invited her to an upcoming family event. The last time they talked she mentioned her need (of course it’s her need) to “mend fences” with me at the event. I told my sister that I’m not going near her and have gone so far as to arrange with relatives to run interference if she tries an approach (most people recognise instantly the kind of creature she is). Once you break with an NPD person, it has to be all or nothing.

Another component of getting away from an NPD person is developing a very thick skin. Do not worry about the lies they have told others about you. Anyone who believes them is in thrall to them, and you want to be away from the entire mess.

Yes, one has to accept that the NPD person one has broken with will bad-mouth one to their thralls. It’s a shame because often they’re not bad people and their opinions of you might matter to you. But it’s the nature of the NPD beast that they try to draw as many people into their attention- and adulation-seeking vortex, as we now see occurring in our country on a grand scale.

What is narcissistic personality disorder?

I know the answer to this, and I would tell you if I thought you had even a smidgen of the intelligence needed to understand my answer.

I’d say (if I’m reading your comment right) that that’s a good imitation of one form that the disorder takes. It does take others, though. The ones I’ve known have had ways other than intellect of considering themselves superior (while also suspecting, or “knowing,” deep down inside, that they’re anything but).

You could really answer this question with a single image instead of a two-and-a-half minute video:

The trouble is, much of the common NPD behavior set is considered, by the larger society, as merely human and not ill, however adverse;
see school bullies, shitty bosses and politicians.

And so the disorder goes untreated, like most debilitating psychopathology.

Hmm, labelling people you don’t like as narcissists seems to have become quite popular over the last year or so: 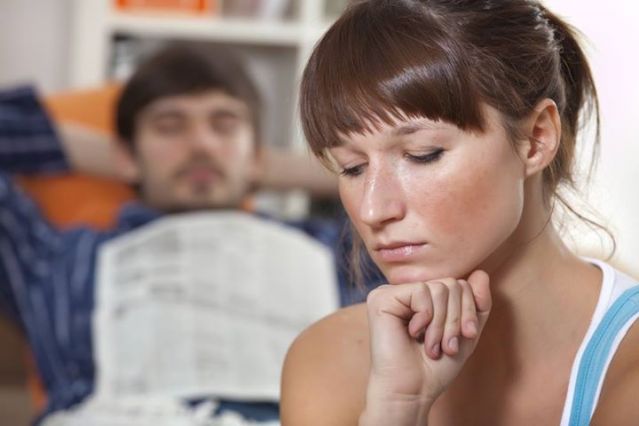 10 Signs That You're in a Relationship with a Narcissist

Be on the lookout for these, before you get manipulated.

I feel as if labelling people with personality disorders isn’t really okay. Besides the intrinsic problem with labelling, the literature suggests they are hard to treat, so this can be stigmatising

I’m generally unimpressed by it all…

This is not about normal people under stress. These people are not right in the head.