What you've been waiting for: John Oliver destroys Brett Kavanaugh

the word itself means “reduce by one tenth.”

Not anymore it doesn’t. Language!

Edit: Well, you could still use it that way, and it might be an acceptable meaning, but it’s not the only sense of the word any longer and I daresay an obsolete one.

Wouldn’t we need 10 acusers for them to be decimated?

no, no, we decimate a bunch of innocent bystanders as a form of collective punishment

I have to tip my hat to Professor Ford. A couple of weeks ago I thought this nomination was in the bag, but she has managed to throw a large enough monkey wrench into the works to give the opposition a fighting chance. What’s more, the various delays are adding up and if the FBI finds something and needs more time to investigate we could end up in a situation where the vote has to happen after the midterms.

Kavanaugh could find himself Garlaned if this takes too long, which would be totally worth it for the Fox news commentary about how this completely unprecedented breakdown of civility perpetrated by Democrats can not be tolerated.

I have not gained much good will by pointing this out to my wife over and over again.

So, does she cleave to or from you now?

Irregardless of whether it’s an example of the misuse of language wearing down the actual meaning of a term, it’s literally a dumpster fire and begs the question about why we could care less about how it will impact our language.

1.“Appropriate” can mean “to give (money or assets) to” or “to delegate to,” as well as “to take something (for one’s own use).” | 2."Biweekly" can mean occurring every two weeks and occurring twice a week | 3."Bound" can mean "tied into immobility" or "leaping, jumping.” | 4."Cite" can mean "to recognize a good deed or performance" (cite for bravery) or "to require a court appearance" (often not a good thing, such as citing for DUI). | 5."Chuffed" can mean "pleased" or "displeased"

You wanna piece of me??? 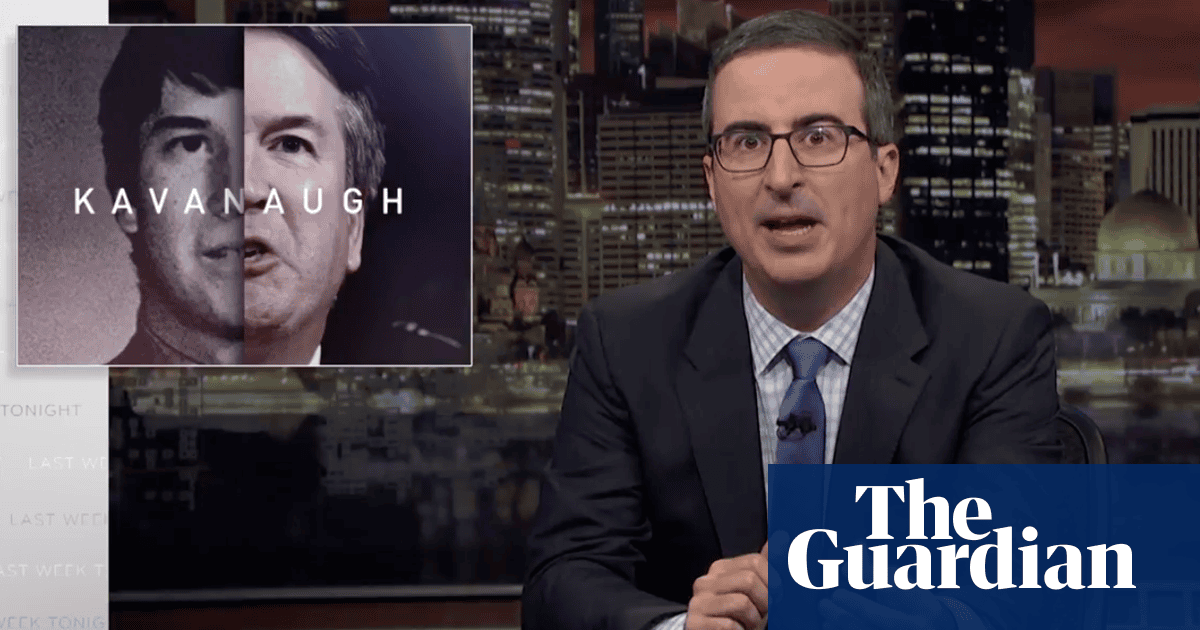 John Oliver on Brett Kavanaugh: 'We should never forget what he represents'

A couple of weeks ago I thought this nomination was in the bag, but she has managed to throw a large enough monkey wrench into the works to give the opposition a fighting chance.

I whish I could share your optimism or your enthusiasm.

Watching from the other side of the pond, this whole thing is a train wreck. In slomo. And there are only loosers. In regard to your comment, the Democrats apparently knew what Ford had to say and delayed her coming forward on tactical grounds. Which, sadly, turned this whole affair in a TV show format. I know people in the US are used to hyperbolic and show-like politics, but in this case, Ford and Kavanaugh, both parties, and - what’s IMO worse - the supreme court itself are damaged.

The democrats (with a small d) are loosing against populism on every front in the US with this.

“Destroy” means to put an end to the existence of something.

The something under discussion is any claim that he has what conservatives under other circumstances would claim is the judicial temperament lacked by people with dark skin or lady party.

“… Decimation (Latin: decimatio; decem = ‘ten’) was a form of military discipline used by senior commanders in the Roman Army to punish units or large groups guilty of capital offences, such as mutiny or desertion. The word decimation is derived from Latin meaning ‘removal of a tenth’…”
-Wikipedia

In regard to your comment, the Democrats apparently knew what Ford had to say and delayed her coming forward on tactical grounds. Which, sadly, turned this whole affair in a TV show format.

This event would have been a televised circus no matter when the allegations were made (or made public).

If you let Republicans continually frame the debate, then you should buy a brown umbrella. Cause there’s always a shitstorm with the GOP. Only by constantly fomenting crisis can they keep the spotlight off their bigotry and largess.

The something under discussion is any claim that he has what conservatives under other circumstances would claim is the judicial temperament lacked by people with dark skin or lady party.

…a something which remains utterly unscathed by John Oliver’s efforts.

If you let Republicans continually frame the debate,

I don’t. I am watching this as an outsider. And I’m far from alone with my POV. Newspapers and other outlets who, by American standards, would be considered liberal to extremely far leftist (any European would be rolling on the floor laughing on that description, btw) ran reports and op-eds on that in the German-speaking world during the last days.

The GOP is off the scale. But as I said, this time it is only loosers. It is eye-watering to see this.

Hyperbole aside, I kinda wish for the destruction of some people, before they literally end up destroying the world as we now know it.

Getting their man into the Supreme Court was the main reason many were prepared to sacrifice their conservative principals and vote for Trump in the first place. Many of the religious right personally hate him as much as the left does.
This is a battle to show how far Dems will go to thwart Trump and what he personally represents to them. But this isn’t really about him. As long as Trump continues to play for his base the GOP and friends dont care what it takes.
The real tragedy here is that Obama couldn’t get through his nominee.

I believe this week’s Millennial term is ‘dragged’, which dispenses with the hyperbole of ‘destroyed’ and substitutes a pinch of hate crime, maybe?