As a tangent, I think it was the nytimes that recently ran a story on Herve This and note-by-note cooking. He has lofty ambitions, but it comes down to creating nutrition and flavor by adding together very specific elements or extracts. His claim is to reduce spoilage and basically not truck around water (most foodis mostly water, especially veg).

This is why I have no fear of ‘natural beef flavor’. Identifying flavor compounds and synthesizing them is something we are good at. 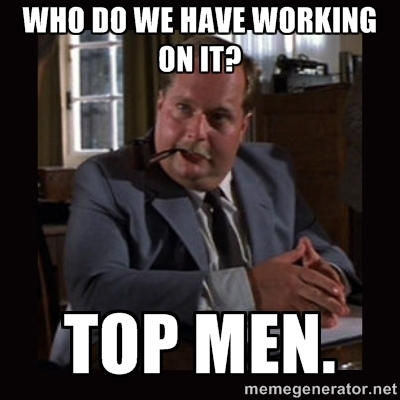 They used to use Suet. Not sure about now.

Even when my diet was 99% veggie, as soon as the temperatures started really dropping in November I started getting cravings for Pasties made with suet.

Why the hell would anybody add “natural beef flavors” to beef?

rmm. I was hoping for something more recent. Surely McDonald’s has modified their ingredients (and food science has advanced significantly) in the last 18 years? I mean, thanks, obviously. Not trying to shit on your link.

Have a question about our food? We have the answer. Learn more about how some of your favorite McDonald's items are made.

Are your fries vegetarian friendly?

At this time, none of our menu items are certified as vegetarian or vegan. The oil our suppliers use to partially fry our World Famous Fries has a natural beef flavoring, which also contains hydrolyzed milk as a starting ingredient, added to enhance the taste.

Which I linked to, which doesn’t actually say what’s in it. They say that it’s not certified vegetarian, and it’s presumably because of the natural beef flavouring since they mention it in the same sentence, but at the same time they’re not really confirming or denying that there’s any actual meat products in there.

“natural” really doesn’t seem like the perfect adjective for that beef flavour.

If a food additive is “generally recognized as safe,” (GRAS) food manufacturers do not have to disclose its presence.

That’s not a correct statement.

If an ingredient that is added solely for flavor is generally recognized as safe then food manufacturers may disclose its presence in the ingredient statement as “natural flavor.” The same goes for spices. If I have a spice blend in a formula that I want to keep secret I could disclose it as “spices.” Some things like mustard for example must always be disclosed and cannot hide behind “spices” on a label.

Hrmm. I was hoping for something more recent. Surely McDonald’s has modified their ingredients (and food science has advanced significantly) in the last 18 years? I mean, thanks, obviously. Not trying to shit on your link.

I used to read their press releases regularly, but haven’t kept up. However, as of maybe 5-7 years ago, they were reporting that McDonald’s had confirmed they’re not going to drop the coating. It does make a difference in the taste, and they don’t want to lose millions of customers over the request of fewer than that.

My lies are “Food science”

How are McDonald's beef patties made? How is the beef seasoned? Get all your McDonald's burger questions answered today! 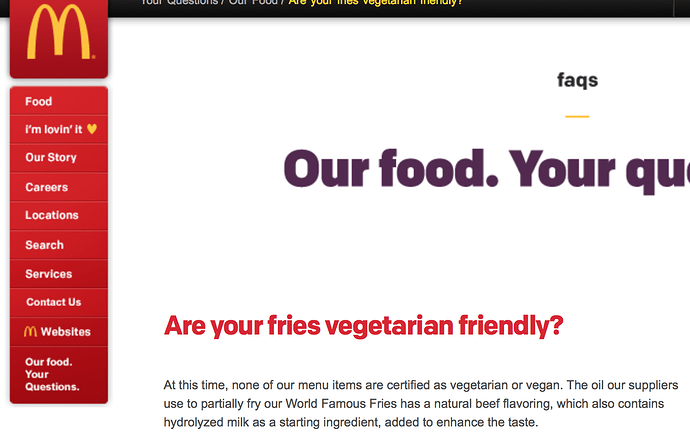 I’m guessing you’re looking at the UK site? Not the case in the US. 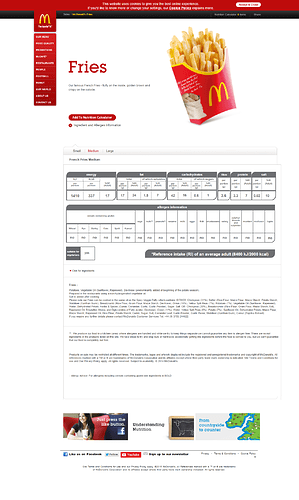 He’s in the magic internet where “McDonalds French Fries are legendarily natural beef flavored” isn’t demonstrably correct with about 7 milliseconds of googling.