Just plain SS. The Waffen SS, as evil as they were, at least showed some willingness to enter into front-line combat. This walking death’s head is a classic Eichmann-style REMF.

Getting attention in Israel. 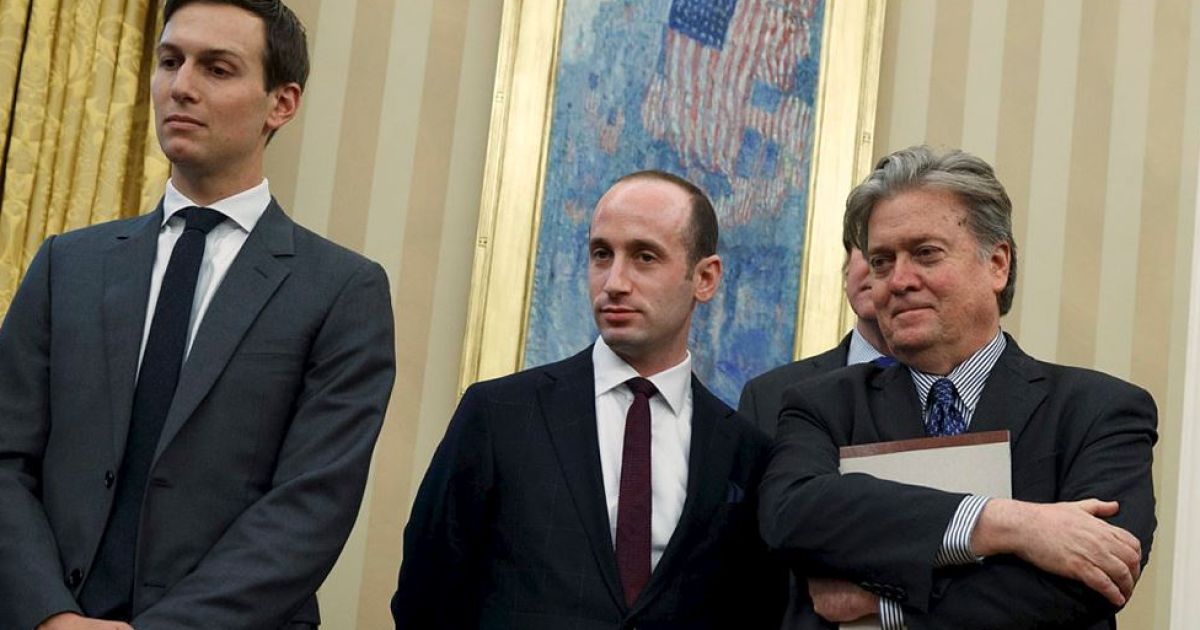 The man is a threat to the world.

Sadism of his level should really be limited to consensual sexual acts… but then that wouldn’t be fun for the kind of sadist he is. I don’t think there’s anything to do with someone like that. So long as he has access to people and power he will cause harm. It’s what he likes.

In times like these, being an atheist sort of sucks: I really want to believe these folks will eternally suffer for their earthly sins.

The dude has incel written all over him.

Would Stevie had let his own family in? 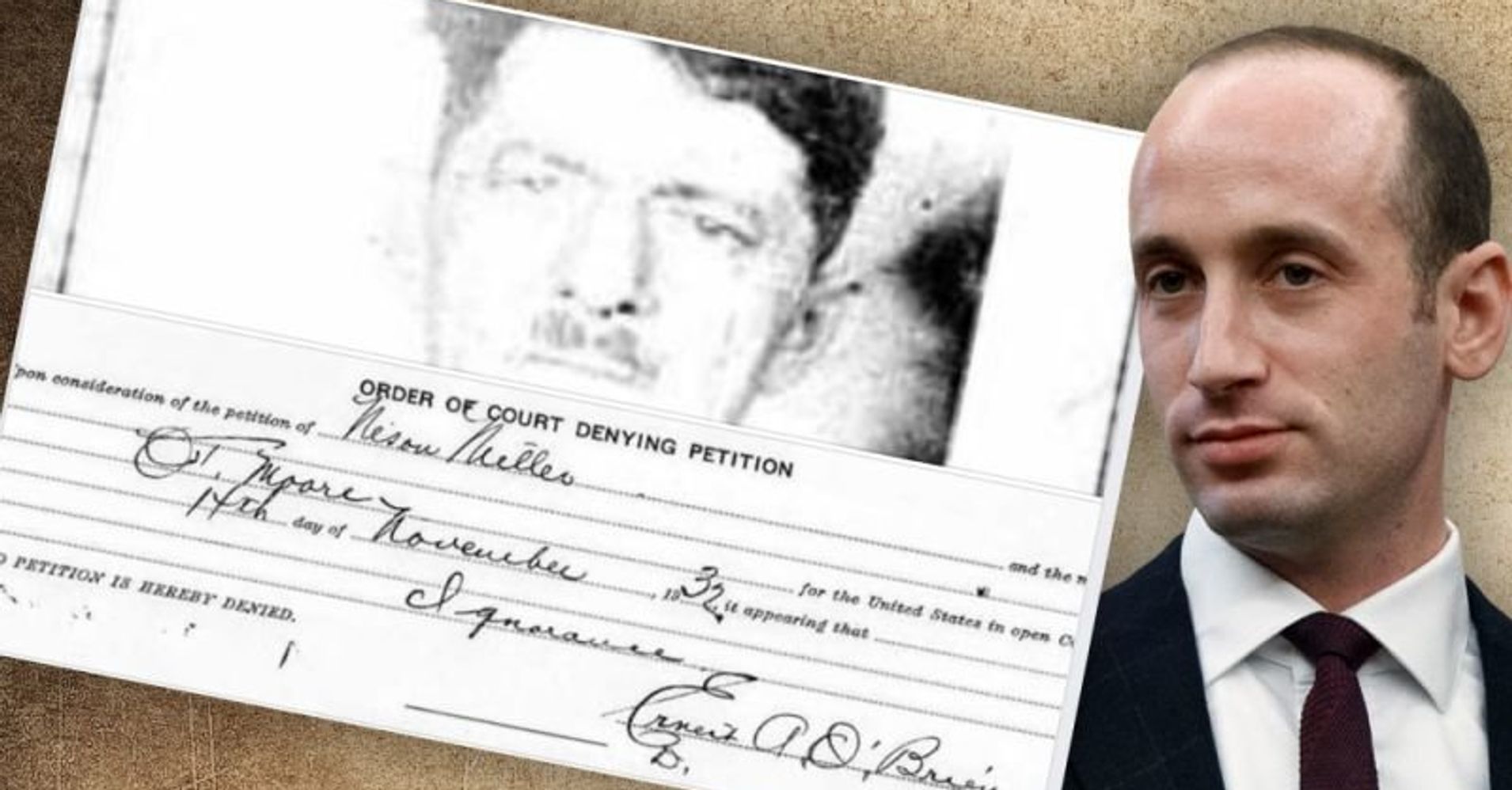 Trump Aide Stephen Miller, Meet Your Great-Grandfather, Who Flunked His...

A photo of Nison (aka Max) Miller stares out from the screen, sullen and stern, in faded black and white. “Order of Court Denying Petition” is the title ...

Flunked his naturalization test - his grandmother arrived with a two year old baby brother and her little sister. Were they undesirables Stevie?

I would honestly doubt that such a man can form even the kind of fleeting connection with another human that allows sexual gratification or even to desire that kind of connection enough to whine like an incel. I’d guess his turn ons are more in line with Chikatilo.

Nazi Miller is a filthy little man, a more fitting tRump toady can not be found.

Stephen Miller reminds me of the main character in the Stephen King Story “Apt Pupil”.

It’s another reason to dislike him (as if any more were needed), because I hated the story and I hate being reminded of it.

I’m enough of a uniform geek to point out that the photoshop is of a Nazi party browshirt uniform rather than that of the Waffen SS. Which as Graccus pointed out is more appropriate. And since he joined the orange brigade before Trump was elected, shouldn’t he have an Alter Kämpfer pin?

That sure was one of the biggest slaps to the face I have been dying to read.

It is stunning how ignorant they are of their own ancestors not even 100 years ago in some cases.

Although I don’t usually endorse physical violence, I’d like to kick this guy right in the nuts.

It is stunning how ignorant they are of their own ancestors not even 100 years ago in some cases.

Not even 100 years? There is ample evidence that the first lady worked illegally on a tourist visa. This bunch seems INCAPABLE of feeling cognitive dissonance.
edited to add: Or shame. Truly that is the defining feature of this administration.

That not Photoshop, just him in his jammies.

Don’t know if anyone has noticed yet, but people on the right are suing over stuff like this now. I saw that photo and every libel training session I’ve ever sat through started screaming in the back of my head.

Your concern is noted. Miller wouldn’t have much of a case here, but he’s welcome to waste his money pursuing it while BB avails itself of pro bono representation from one of its many friends in the legal community. The obvious shoop is a satirical illustration about a story citing one of Miller’s colleagues likening him to a Nazi.

I hope that’s a typo (although you did it twice) because I am really concerned at what a think skin is.