White people: Are they crazy?

This gentleman rapper makes the argument:

I lol’ed. Sorry (not really), but it’s hilarious. I think we can safely add it to the list of things white people like… because this white person likes humorous takes on race in Amurica… don’t hate…

Well, he does provide an awful lot of video evidence to prove his point.

It’s hard to argue with a video made of people doing stupid human tricks on youtube, no doubt.

This is pretty great.

Okay and I was trying to figure out the thing with the guy with the cups and he puts his hand through and a knife goes into his hand… what is that? Is that a thing? I’m kind of scared to look it up…?

That’s a magic trick. Put a knife under one cup, spin the table around so the magician doesn’t know which cup the knife is under, then smash one cup at a time. Some magicians might make the knife going through the hand part of the trick as an added twist. I found the original video and it looks like that’s what he’s doing. You can see that he keeps his right hand held so that the camera can’t see the top of it. Still a nice effect.

Oh, thank god. That looked like a horror show… So maybe white people aren’t THAT crazy after all.

As a white person who has done crazy stuff, I would disagree. They are that crazy.

(TBH, humans as a species are crazy. Just the English-speaking internet is slanted towards Anglo-Americas tomfoolery.)

Douglas Adams was right when he called us a bunch of psychotic apes. All of us.

White people: Are they crazy?

that’s why i hang out here, for the cray. 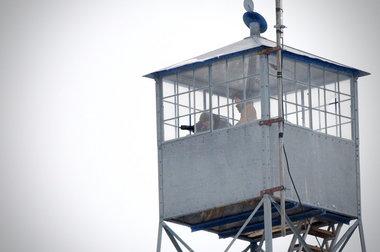 An estimated 300 people joined a protest march in Burns Saturday to support a local ranching family. None of the anticipated trouble developed.

This topic was automatically closed after 1130 days. New replies are no longer allowed.