Who is running ads on the far-right social network?

Originally published at: Who is running ads on the far-right social network? | Boing Boing

It is sad that people can end up so deep in the Hate Bunker; marking themselves as the targets for endless, shitty scams.

Like the badly-spelled Nigerian-prince emails (and other 419 scams): if you’re the type to overlook details like that in a Serious Business Proposal, you’re self-selecting as a mark for other scams.

Tumbling down the Q-hole sounds like your critical thinking skills are low, and conspiracy beliefs are high. Won’t you please enjoy this nice collodial silver preparation and 15 gallons of dehydrated soup?

Noticing that advertisers (gold vendors, prepper stuff) are asking people to invest in the end of organized society.

asking people to invest in the end of organized society 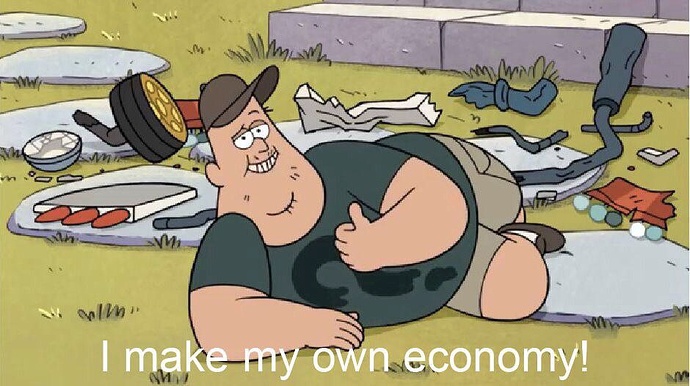 Brb, just going to spray a few boxes of industrial-strength laxatives with harmless food dye and sell them on Gab as “Red Pills”.

Who is running ads on the far-right social network?

Any grifter who needs to connect with an audience of proven suckers.

If you’re the type who enjoys visiting nazi websites, I say go to town on those pills.

From 2012, a piece on right wing grifting

Subscriber lists to ideological organs are pure gold to the third-party interests who rent them as catchments for potential customers. Who better suits a marketing strategy than a group that voluntarily organizes itself according to their most passionately shared beliefs? That’s why, for instance, the other day I (and probably you) got an advertisement by way of liberal magazine The American Prospectseeking donations to Mercy Corps, a charity that helps starving children in the Third World. But back when I was getting emails every day from Newsmax and Townhall, the come-ons were a little bit different.

Dear Reader, I’m going to tell you something, but you must promise to keep it quiet. You have to understand that the “elite” would not be at all happy with me if they knew what I was about to tell you. That’s why we have to tread carefully. You see, while most people are paying attention to the stock market, the banks, brokerages and big institutions have their money somewhere else . . . [in] what I call the hidden money mountain . . . All you have to know is the insider’s code (which I’ll tell you) and you could make an extra $6,000 every single month.

Soon after reading that, I learned of the “23-Cent Heart Miracle,” the one “Washington, the medical industry, and drug companies REFUSE to tell you about.” (Why would they? They’d just be leaving money on the table: “I was scheduled for open heart surgery when I read about your product,” read one of the testimonials. “I started taking it and now six months have passed and I haven’t had open-heart surgery.”) Then came news of the oilfield in the placenta. 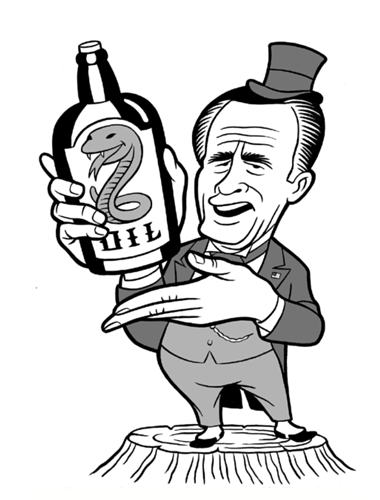 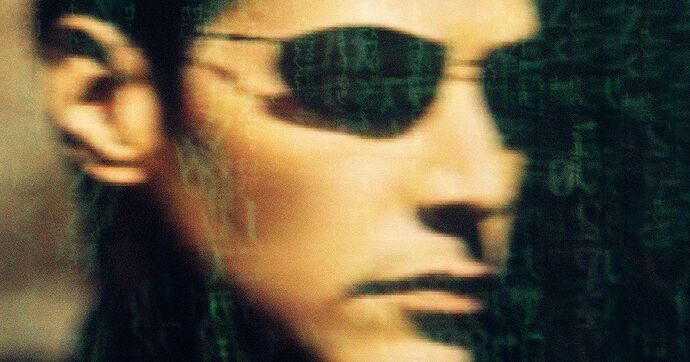 What We Can Learn About Gender From The Matrix

Trans women have claimed it as an allegory for gender transition since at least 2012. But allegorically is the least interesting way to read anything.

Molly is worth a follow, and her daschunds are a cute bonus.

The prepper mindset is such a dead end. Pun intended. OK, so you have the perfect bunker, plenty of ammo, and maybe five years of canned food. Then what? You sit in your personal prison guarding your stash and call that “freedom.” Eventually you get a toothache or an infected toe or have some health emergency. Oops, forgot to pack a surgeon. And when the food runs out you venture into wasteland you helped create to rob some other prepper compatriot.

Then what? You sit in your personal prison guarding your stash and call that “freedom.”

Exactly. If it gets to the point that I need to board up my windows and have armed guards, I’ve already lost. We’ve already failed.
Best thing I can think to do (besides, you know, advocate for things that avoid such an apocalypse) is to learn skills that will be helpful if systems continue being disrupted. Being able to order a 5 gallon bucket of emergency food is not a useful skill.

If it gets to the point that I need to board up my windows and have armed guards, I’ve already lost.

Especially when the guards consider why do they need you.

Unless they have explosive collars, heartplugs, or need a supply of Ketracel-white, there will be issues.

This is why it’s all a LARP fantasy. It doesn’t work, fundamentally, as a way to live. Humanity’s superpower, and the reason we outcompeted every species on the planet is because we make better communities than anything else. We are fundamentally cooperative and do our best working together. These nuts who think the opposite aren’t really thinking it through to that first toothache or what happens when the cans run out and they don’t know how to grow food.

The real danger, IMHO, is that to some degree this doomsday mindset is a self-fulfilling prophecy. It’s not just that they believe it will happen. They want it to happen and on some level are prepared to make it happen. The fantasy centres on them being Rick Grimes. They think they will be one of the ones who come out on top, not one of the ones killed in the first wave. Of course, in reality these Gravy Seals would starve to death in a month and the little old ladies with good gardens in temperate climates will outlive all of them.

I can’t find a good reference at the moment, but doomsday scenarios have actually been studied in various clever ways (by looking at severe disasters in less developed countries, etc) . One of the very first things that happens is people form marketplaces to trade and provide communal support. Community building is so automatic that when society is rebooted, it’s the first thing we do. These “lone wolf prepper” types would all be the psychopaths who get exiled from the village because they are the dicks nobody can stand to be around.

Especially when the guards consider why do they need you.

I always think about this when people float those crazy underground bunker communities in missile silos or on ships. Someone would have to maintain the plumbing and ventilation and all the other systems, and it certainly is unlikely to be the rich folks who can afford to live in the nice parts of the station, so somehow they’d need to maintain a subservient class of people who they rely on for their very survival. Good times, good times.

I can’t find a good reference at the moment, but doomsday scenarios have actually been studied in various clever ways

This sounds fascinating! I’ll look, but if you do happen to remember a reference, please post!

Eventually you get a toothache or an infected toe or have some health emergency. Oops, forgot to pack a surgeon. And when the food runs out you venture into wasteland you helped create to rob some other prepper compatriot.

Vonu : A pseudoacronym from Voluntary and Not Vulnerable A method of obtaining individual liberty by escaping from society into the wilderness and only coming back for cheeseburgers and other necessary supplies. More preached than practiced, but for a while it was an important part of apocalyptic libertarian thought. From The Glossary, Factsheet 5, 1991

My main takeaway from Economics was to stock up on physical gold, except gold’s too expensive, so buy silver. That way, when inflation is so high that we’re like the Weimar Republic (at least as the economics teacher described it to us), we can simply go turn in one of our gold or silver bars and buy dinner. However, this presumes two things: That if things ever reached such a point, I wouldn’t be shot, and my carcass eaten, when I leave the house, and That the photographic process which mak…