Why aren't the British more excited about the royal birth?

Probably because it’s pretty insulting that your future head of state is decided by accident of birth. Hopefully, by the time his dad dies, Jr will just be another private citizen.

No need for such vitriol. It’s much more realistic to say that most people don’t really care.

I was waiting for them to announce that their new equal opportunities baby was going to be raised as gender neutral and allowed to choose whether it wanted to be king or queen at the right time. That I would celebrate!

Had exactly the same conversation earlier on today, with the same outcome.

Vitriol? I could be a lot more vitriolic. I didn’t mention heads on pikes or anything.

Perhaps it’s also the fact that it costs us UK tax payers a fortune to ‘keep’ these people. Lets face it, getting babies room redecorated for £2m is kinda insulting when people can’t afford a decent living these days.

I’m struggling with the idea of a “royal” birth. Birthing is birthing. I bet it was no more pretty than the births of my children - in which case, I’d like their births to be denominated as “royal” on their birth certificates.

Wills and Kate must surely be happy, so wave the flag and love to them.

I am supposed to be excited that a boy has been born into a position of wholly unjustified privilege and wealth? A family partially funded by historical land rights that wouldn’t stand up in any democracy today (i.e. I’m the King of England, this land belongs to me! Now pay me rent! What, sorry, you thought it belonged to you? I’ll send someone to your funeral k thx bye.). And a family partially funded by tax payers, because… they used to have power and now they are… umm… just part of the furniture? Like a smelly old sofa? Sorry, a smelly old expensive sofa. Forgive me if I don’t give a fig about the Royal birth.

I’m very suprised Cory hasn’t been along advertising the republic group yet.

I cared slightly more than I did with Snooki’s baby.

What I don’t get is why the rest of the royal family’s order of succession isn’t updated - Anne is still 11th rather than 5th, despite being the second born. There are also other positions that would change if the order was fully equalised.

Let’s not forget that over half of the royal oath is basically to support the Protestant faith and preserve the establishment of the C of E:

Archbishop: Will you to the utmost of your power maintain the Laws of God and the true profession of the Gospel? Will you to the utmost of your power maintain in the United Kingdom the Protestant Reformed Religion established by law? Will you maintain and preserve inviolably the settlement of the Church of England, and the doctrine, worship, discipline, and government thereof, as by law established in England? And will you preserve unto the Bishops and Clergy of England, and to the Churches there committed to their charge, all such rights and privileges, as by law do or shall appertain to them or any of them?

The UK Taxpayers are actually subsidised by the Crown. Yes they receive taxpayer funds, but they also pay all of the profits from the Royal Estates back to the government. On top of that QEII now pays tax on her personal properties. And let’s not forget the billions in tourist revenue the Monarchy generates.

Read this for a good explanation of how the funding works: The True Cost of the Royal Family Explained — CGP Grey

Blog I decided to put this together after hearing one person too many moan about getting a public holiday for the Royal Wedding. Script Look. At. That. What a waste. That queen, living it off the government in her castles with her corgis....

Those royal estates and properties would earn money regardless of who owned them, so that point is moot. Regarding your other point, it’s not the monarchy who generates tourist dollars, it’s actually the history and architecture that does this.

People in the UK consistently support the monarchy by a massive and consistant amount. I can’t think of many things, aside from the NHS, that receives that kind of consistent support in the UK - and, if anything, in recent years it has increased.

Want to know why? Here’s what Churchill said on the birth of this Prince’s grandfather:

“Our ancient Monarchy renders inestimable services to our country and
to all the British Empire and Commonwealth of Nations. Above the ebb
and flow of party strife, the rise and fall of Ministries and
individuals, the changes of public opinion or public fortune, the
British Monarchy presides, ancient, calm and supreme within its
functions, over all the treasures that have been saved from the
past and all the glories we write in the annals of our country. Our
thoughts go out to the mother and father and, in a special way today,
to the little Prince, now born into this world of strife and storm. I
have no doubt he will be brought up, as the Prime Minister has
mentioned, in all those traditions of constitutional government which
make the British Monarchy at once the most ancient and most secure in
the world. I hope that among these principles that will be instilled
into him will be the truth that the Sovereign is never so great as
when the people are free.”

Being bored of crap journalism over the royal baby isn’t the same as being a republican.

With you on the tourism. Outside Bucks House there have been anxiously anticipating crowds. People love the pageantry and pomp, the marching soldiers and changings of the guard, They come to see it. Only in recent years would I say London is getting other draws - like the food.

As much as I’d like the monarchy to go the Danish / Dutch / Belgian way of apparent populism, I appreciate the massive trade input we get from tourists keen to see the stuff.

Kind of. It’s symbiotic. The marching red-coated guards with their hats make the places come alive. Without some mid-depth reason for them to be doing the marching, it would look superfluous and fake, and quickly descend into cheap tourist trickery. 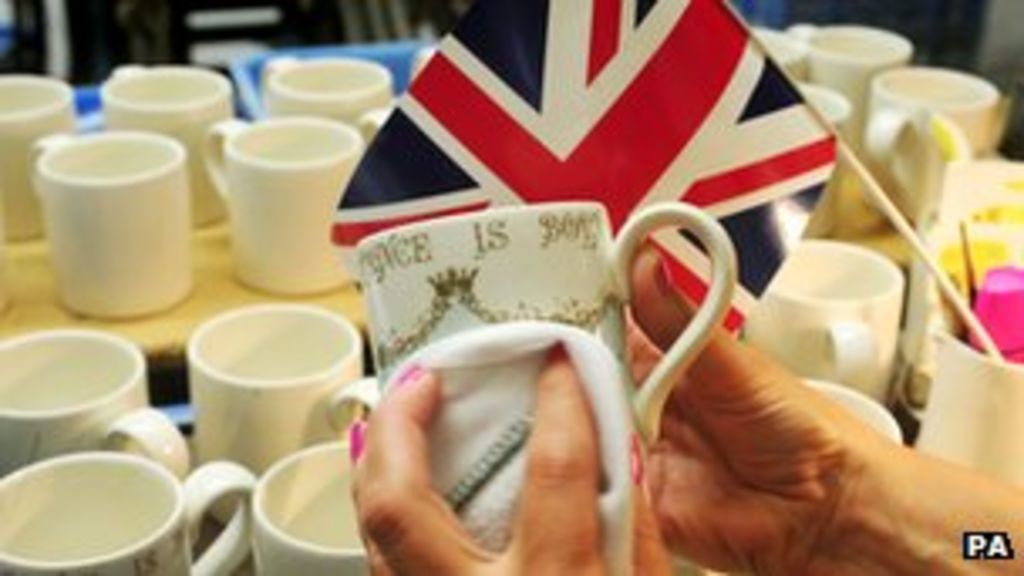 Some US television networks proclaimed the royal baby news by welcoming the arrival of the "future king of England", forgetting about the rest of the UK. Why?

I’m more intrestested in why USians get so excited by the Royals they so forcably evicted some few years ago. Could it be that they secretly prefer a system where they have no effective say on who should be head of state over one where their say is effectively meaningless once said.