Why designers love the ampersand

I’m one of those arseholes who always substitutes a + for the ampersand.

For what it’s worth, one of my design professors in school – who had a PhD in design and communication from Harvard – insisted that “&c” was the correct way to write “et cetera” and used it constantly.

The ampersand, the old-style lower-case g, and the treble clef are the most fun bits of typography to design and draw. All those loops and curves and things.

Do you mean “et caetera”?

It is annoying that on mobile keyboards it takes longer to type & that it does to write “and”, except on the old BlackBerry keyboard where it was just Sym-j. Some businesses with names like “Jones & Son” used to get very twitchy if addressed as “Jones and Son” which at first seemed to me like nitpicking, but I then discovered an important fact - Companies House in the UK regards “Jones & Co.” as different from “Jones and Co”, so it is possible that if someone is addressed wrongly they might wrongly be identified as a company that had ceased trading.

If only keyboards were designed by people who had an in-depth understanding of this and related issues.

I’m waiting for the love letter to the interrobang. ‽

I am fond of the interrobang. The case for its usage is definitely more niche but it does make sense.

Sort of related. The @ symbol needs a proper name in english, in spanish we call it an Arroa. Not sure if it has its own name in other languages.

Related to my question:

In these comments people post what the @ symbol is called in different languages. It seems the predominantly its called after animals in some way… Food is a distant second…

I’m one of those arseholes who always substitutes a + for the ampersand.

How often do you use the word “plus”, except when responding to an RSVP or using NewSpeak?

The @ symbol needs a proper name in english, in spanish we call it an Arroba .

From what i saw on the comments from the Guardian forum there’s no standard naming for it. It can be Arroba, Arova, in Venezuela we say Arroa.

, in Venezuela we say Arroa.

Fair enough, in Mexico we use Arroba (hence /christwhatanasshole) and I was going by the RAE definition (hence /pedant)

Give me a manicule any day 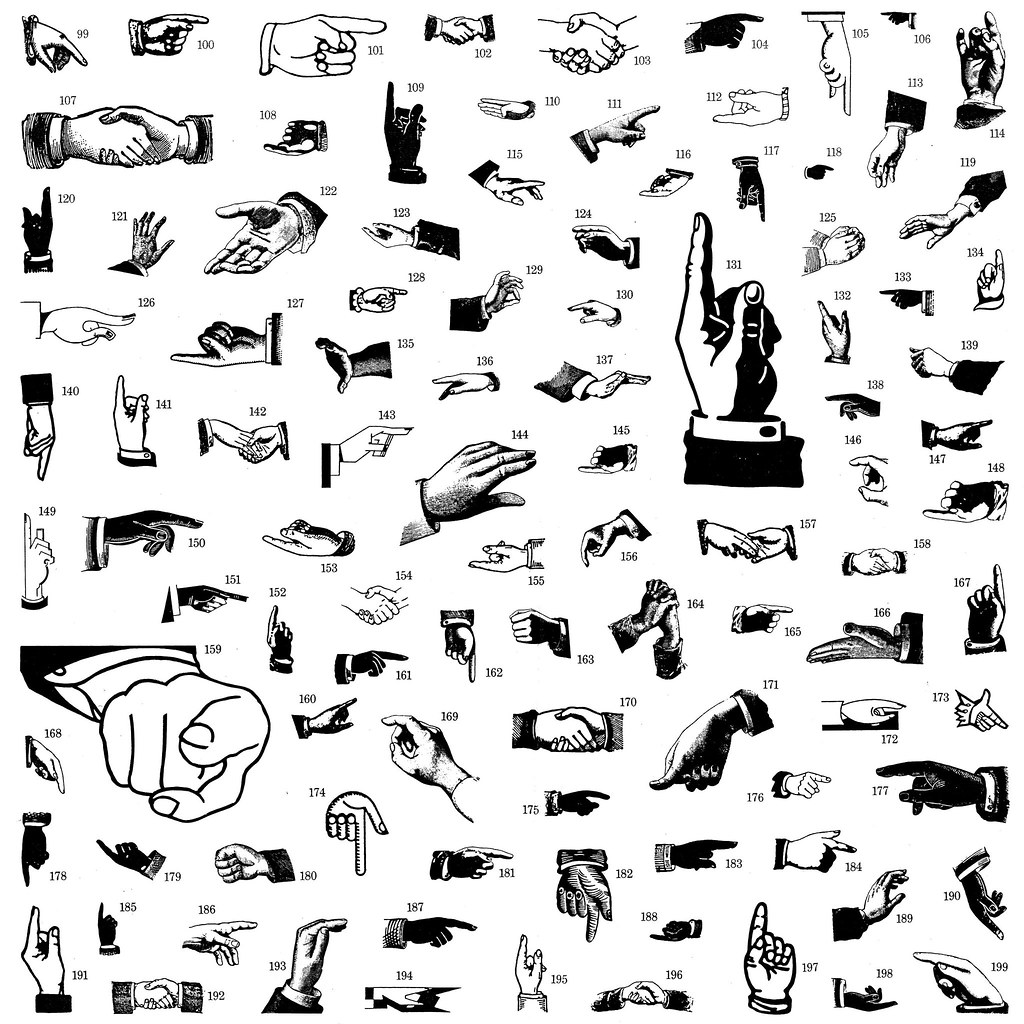 Even if it isn't today, the fact that the manicule was once considered the 27th letter might be why it looks so uniquely at home in the middle of other letters, as is the case with AT☝T, H☝M, A☝W, and so on. In fact, in the business world, the manicule has uncommon status. It's the typographical equivalent of a raised finger, used to mark relationship conflicts, like Marks ☝ Spencer, Johnson ☝ Johnson, Barnes ☝ Noble, and Ben ☝ Jerry's.

…hmm, I’m not sure if this would work…

But did he only use it to summarise members of an iteration that he had already specified? Too often et caetera/&c is used by people to indicate a list that they have not, in fact, referenced. This is not good usage.

But did he only use it to summarise members of an iteration that he had already specified?

No, he claimed that “&c” was the correct English abbreviation of “et cetera” in all circumstances and insisted we use it whenever possible. We humored him, the way you do with a college professor who decides what your grades will be.

&amp;amp;amp; then of course, there is the ‘escape’ character in html.

In lithuanian @ is called ‘eta’ which means absolutely nothing. They just took english name for the symbol (as pronounced) and stuck lithuanian ending on it.

This sorta thing wasn’t uncommon as late as a decade ago and I thought it was rather unhelpful.
However now our national language commission is hellbent on finding proper lithuanian names for every computer related term and they do that by digging up archaic terms that sound as alien to lithuanians as to everyone else.

Hey, it was good enough for Jane Austen (at least in the edition of P&P that I read. Don’t recall how it was done in P&P&Z)