Why did Kubrick demand so many takes?

Originally published at: Why did Kubrick demand so many takes? | Boing Boing

Cause he wasn’t good enough to direct his actors in a way that they could get what he wanted in just a couple of takes?

Yeah, he’s not that good…

In light of all that, I now have to wonder about A Clockwork Orange and how many takes it took to get the huge amount of spit to land on Alex DeLarge’s face in a way that satisfied SK.

There is a feeling that when an actor knows that a director will do multiple takes, s/he won’t be as motivated to “give their best” on the first take. They know they can try out lots of different ways of doing things. Actors who work with people like Clint Eastwood, who is famous for not doing multiple takes, know they have to do their best on the first try and so they do.

Actors who work with people like Clint Eastwood, who is famous for not doing multiple takes, know they have to do their best on the first try and so they do.

CE must trust (and have very good) casting people.

I was half-kidding but maybe, yes. He’s well known for amazing visuals far more than the performances. I’d guess repeated takes is also hard to stay motivated for as well as being tiring.

Cause he wasn’t good enough to direct his actors in a way that they could get what he wanted in just a couple of takes?

From the video, it seems that he didn’t know what he was looking for in any given particular sequence until it came through in one or more of the takes.

Once he cast an actor he trusted that they could get him to whatever he wanted, he used the lines he expected them to memorise as a creative constraint, but after that there were no rules but take after take until he felt they got there and we’re ready to move on.

I’m not saying this is the best approach to directing, and wouldn’t deny that he could be cruel and mean-spirited when he wasn’t cracking the sequence. It does explain why he made his actors do so many takes, though.

Kubrick’s discriminate eye for quality has become as legendary as the films it helped create. However, other equally accomplished directors have found similar success without driving their actors into fits with an endless array of takes.

I’m not sure what other directors could be compared to Kubrick though. Yes, there are directors who made excellent films on par with the quality of some of Kubrick’s, but what makes him stand alone in my eyes is that every one of his films seem so completely different in style, genre and technique from each other. They’re all extraordinary in their own unique way and if I didn’t know it I would never have guessed that they all came from the same director. Still hard to believe that Spartacus and 2001: A Space Odyssey sprang from the same mind.

So maybe that’s part of the reason that he required so many takes. Unlike someone like, say, Tim Burton who settled comfortably into a distinct style (and often even going back to the same actors) Kubrick was basically learning how to make a whole new type of movie each time he got behind the camera.

I think there’s a good chance Kirk Douglas was the dominant mind on that one.

A discussion of this level of perfectionism brings to mind the usual Kubrick joke:

The conspiracy theorists are half right. NASA really did want to film a fake version of the moon landing to fool the world.
But they hired Kubrick to direct, and he insisted on filming on location.

I think there’s a good chance Kirk Douglas was the dominant mind on that one.

It’s now well known that Spartacus offered the opportunity to fire a broadside at the Hollywood blacklist system by crediting Dalton Trumbo as the film’s screenwriter. Maybe not as well-known is one account of the discussion that took place between Douglas and Kubrick regarding who (other than Trumbo) to credit for the screenplay. Rather than using a pseudonym (the then go-to step for blacklisted writers), Kubrick volunteered to take credit for the screen play…which Douglas firmly shot down. I read that story many years ago, but I got the distinct impression that Douglas was not exactly friendly with Kubrick, and that Kubrick’s wish to take credit for Trumbo’s work pissed Douglas off.

But they hired Kubrick to direct, and he insisted on filming on location. 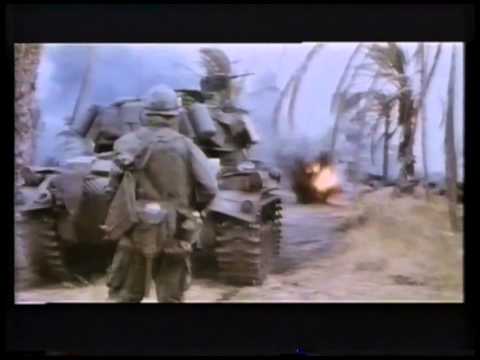 During the Blank Check* miniseries on Nancy Meyers, they made a point to discuss how much she was similar to Kubrick as a film-maker. She was obsessed with visual details and did way more takes than other directors, making sure she got all the options she needed in editing. Of course, because she was a woman, and the visual details were sweaters, kitchens and fall days in NYC, the crew guys, critics and Hollywood gossipers all rolled their eyes at her instead of respecting it as a sign of genius the way they did Kubrick. Her box office numbers tell their own story.

*I’m becoming a broken record about the Blank Check podcast on here lately, you’ll have to forgive me, after mainlining 7 years of episodes in two years during the pandemic, I’m all caught up and am…mostly doing ok with having to wait for new episodes)

This video, that discusses Kubrick and David Lynch and how to direct without being an asshole, is also interesting:

Let's talk about The Shining and Lost Highway and auteur theory.

(above is the ad-free Nebula version)

Eyes Wide Shut was, uh, unimpressive, despite however many takes he required.

If you want see what a total shitbag Kubrick was, watch Filmworker (2017).

Filmworker is indeed an excellent documentary! So is the one about SK’s lovely driver of three decades, Emilio D’Alessandro - S Is for Stanley (2015).

And for people who still roll their eyes at Nancy Meyers, we can look at David Lynch, a white straight man with cred among the white male film nerd establishment, who consistently makes great films, and who also has a reputation for being a kind person who treats his actors especially well - particularly receiving praise from the women he’s worked with.

People need to stop using Kubrick’s supposed ‘genius’ as an excuse to bend over backwards defending his abusive, unprofessional way of working. You can, in fact, make great work without abusing people.