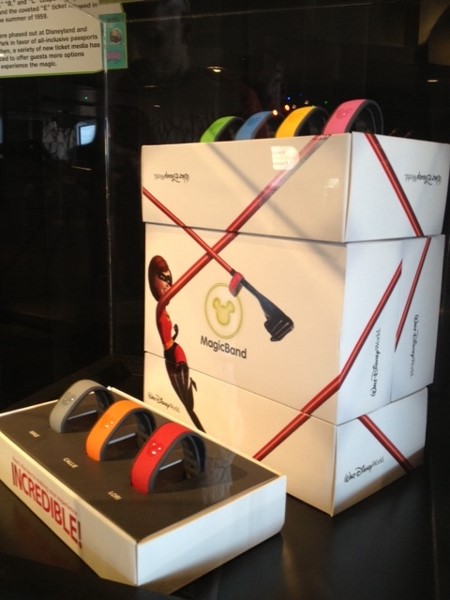 I’d recently been reading up on how Disne’s going for these armbands with RFID chips that help keep track of you in their parks, deal with your hotel room, and probably can be loaded up with money for buying things without having to deal with your wallet and possibly overdrawing on your bank account. Most of the comments I’ve been reading are how terrible it is and this that and eight other things. Me? I’m sortof supportive of the concept even though I’ll want to see where it goes before making a final verdict.

Work with me here guys. We arne’t talking ‘number of the beast’ or any sort of black chopper fantasies.We’re talking about what’s effectivly your hotel keycard and putting it on your wrist where it’s less likely to get swiped and you’re able to put your wallet somewhere that people dan’t just bump into you and grab.

Is It perfict? Nope. No security system is perfict since no matter how good the automated systems are humans can be connec into getting around the system for you. That does not mean get ridof the people and have your perfict automated system take over since automation reaks down for any nmber of reasos and it’s always good to have a person in the loop to step in and go ‘Uh you don’t look like a mary… Sir.’

Plus in the case of automation I’d hate for the computer to decide I really do need to pay again for a second time and no that last time doens’t count we won’t let you get your things out of your hotel room because now the system has deactivated your armband.

This is a problem with existing systems. Magnetic Cards can be cloned if some bright bub puts a scanner between you and the thing you’re sticking the card in and you don’t realize it, or you can get your RFID card scanned while you pay at the pump. Then again there’s always the time honored tradition of sticking a gun against somebody and going ‘please swipe wristband here please sir.’ Granted that’s very un-sublte ut whatever right?

More likely you’ll have guys dressed in very official looking uniforms using the fact we’re trained to follow directions from people in uniforms to please scan here we are trying to locate someone and we don’t wish to raise a fuss. Oh no worries no need to be alarmed we have everything under control.’

That is what I find to be the most likely scenerio outside of getting an employee to give up their skeletn key.

On the flip side say you have everyone in the park wearing these gizmos. Your child wanders off all you have to do is alert one of the park people please my kid’s wandered off and because those bands look to be made of stuff you can’t just rip rip and get rid of it’s not like little Timmy can accidentilly pull the thing off or somebody intentionally try making off with your kid for whatever reason. Child will be found and all should be well.

Of course Disney has invested a billion dollars into this thing so it had better work. This then leads into ‘when will we see this kin of thing elsewhere?’

Probably inside of a few years. These things won’t replace the cards in your wallet but I can see businesses or at the least other parks having the option for people to wear these things and offer some sort of incentive over dealing with cards.

This topic was automatically closed after 1075 days. New replies are no longer allowed.