Why is the Star Wars universe so devoid of moms?

Now that all the lead roles in Star Wars movies are female and the macho white male has been killed off, this is an important question to ask. Discrimination may yet lurk within this universe!

Disney is a red herring, except that ultimately Star Wars and Disney films both draw from folklore. In so much as folklore is intended to teach the harsh truths about growing up, the death of the mother signifies leaving the nest and entering adulthood. Fathers often remain, especially in stories with female protagonists, because they read more as husbands meant to be obeyed and or served. So if by Disney you mean the patriarchy I guess you’re right.

Yeah, because Kylo Ren doesn’t have a mom…

Well not anymore…and I’ve made myself sad.

For at least one more film he does.

The Solo’s could have used a copy of Dr Spock and a Mr. Rogers box set.

FWIW, that’s mentioned in the article.

Could just be me, but I lean towards thinking that moms get left out in Star Wars and similar weight fiction because nobody wants to mess with the mom-related emotions. Not in a, “ooh, let’s everyone be sensitive” kind of way, but just in the more matter-of-fact sanctity with which many regard their own mothers, either for how they acted or how it’s wished they would have acted.

Still an aspect of lazy script-writing, though with more female characters and fans I’m can’t see this not changing.

0_o
It isn’t just moms. How about all the films where there is not father. Or only one parent for whatever reason. Hell most kids films seem to lack one or both parents.

Iron Giant, Toy Story 1-3, The Princess and the Frog, are three I can think of, but there are dozens of movies where there are no parents or only one parent for some reason.

I guess this is just a carry over from older stories, where having a parent die was pretty normal (because people died all the time). And partly the stories are about the kids in the movies, so there is no need to have the parent(s) around. And early on Walt Disney had his mother die, so that probably effected the earlier stories.

Here is a site with a list of some others: 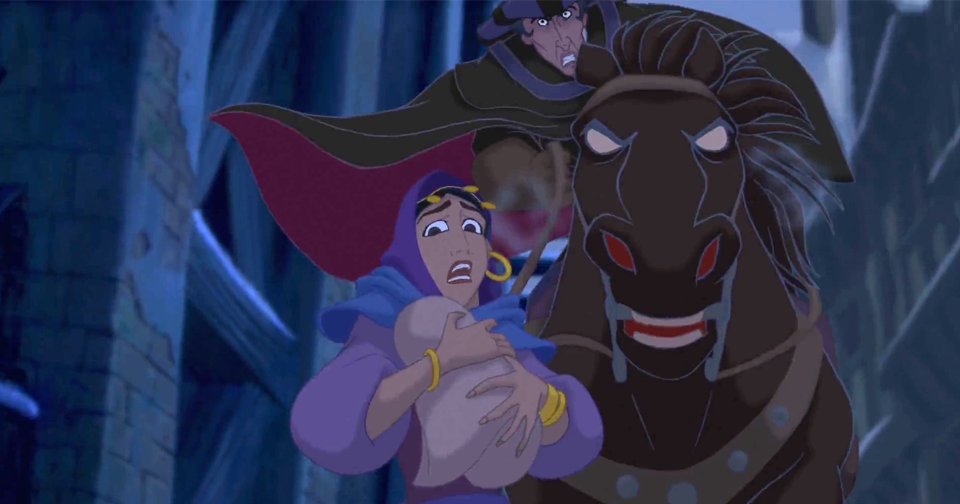 Why are so many Disney parents missing or dead?

Fifty-six of 104 animated feature films distributed by Disney since 1937 feature a primary character who is an orphan or has a missing or single parent. We spoke with experts to explore the pattern.

Superhero franchises have a similar dynamic, except for a couple of notable adoptive mother figures like Aunt May or Ma Kent.

Disney is especially a red herring since the first six flicks weren’t made by Disney, and in the latest one the mom – General Leia Organa Solo – of the bad guy lives while the father dies. And Rey doesn’t pine for one parent or the other, but for both. And Jyn’s relationship with both parents is vital (I read the book) to her dedication to fight.

As for the first movies, Vader’s mom dies in his arms but Vader dies in his son’s arms. Leia’s adoptive parents are both important to her, but not discussed much in the movies.

How many of us were brought up by single parents? How many of those parents were the mother? I suspect those numbers are high, and that Disney knows all about it. How’s that line go in Fight Club? “A generation of men raised by women, more women is not the answer”

When we’re constantly being sold father figure politicians- I suspect a long con.

Because it’s literally a franchise about war. It’s even in the title. How many kids in Syria don’t have moms?

Great link. I have always thought that I don’t want my child to be a Disney heroine or hero because that means I am dead, dead, dead!

Superhero, Princess, Jedi, Wizard Prodigy… pretty much all the power fantasies marketed at young people involve either being an orphan or at least having absentee parents. As a parent this makes me very nervous.

You know, Iron Giant is an interesting subverting of the model, as it’s Hogarth’s father who is missing, and his mother is an anchor in his life. A good part of the story is how Dean grows into the role of Hogarth’s father.

Parents can be an interesting catalyst for a story. A variation of the 1977 Star Wars could have Luke living with his mother and stepfather, and Momma Beru is the one who gives Luke his dad’s saber as her way of saying “Go, Ben needs you, and this is your destiny.”

Personally, I’d prefer to buy a ticket for a version where she straps on her late husband’s saber, instructs Owen and Luke to remember to feed the banthas and wash that dried crust of blue milk out of the Tupperware, and heads out to kick the ass that needs kicking her ownself.

Star Moms! Nothing but Star Moms! We need more Star Moms… on the big screeeeen!