Why you should be "healing" yourself with this Alexa-friendly diffuser

I’m 100% on board here. Hey @doctorow, this is pretty appalling. I don’t mind you guys making money, but could you do in a less preying-on-the-sick way? Healthcare woo like the claims on this product are ugly and if I were you I’d be pretty upset. Don’t you have any editorial oversight on product blurbs?

Look man, it’s an infuser. I even OWN one. They’re great because they smell nice. You can sell one without contributing to the downfall of critical thinking.

Well, I asked for a citation and got one, but I suppose that wouldn’t satisfy you? So, maybe half of "we" are? Your call as always.

Sorry about the delay in response, I have you muted as I find you regularly provocative in a way that leads me to believe your ego is involved, and conversation pointless. This is one of those times.

Keep on with the invalidating ‘we’, see what it nets you? Is that what you were going for? No? Yes? Either way, enough. Please don’t reply in such personal negative ways with me, unless you’re inviting the same. K? K. 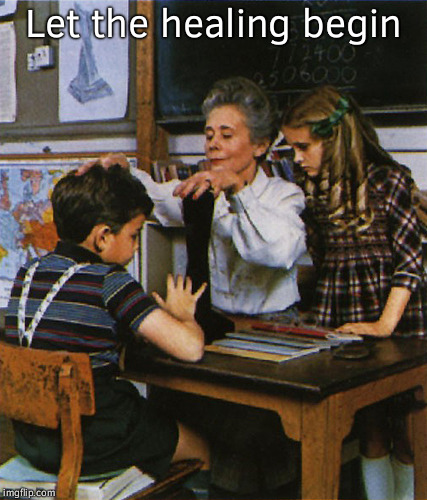 Not in a diffuser of course.

Alexa, release the cyanide while my enemies sleep in the guest bedroom.

I’m late to this post, so I don’t know if “healing” in the title was in quotes from the start, but it amuses me that it’s there now.

To the uninformed, essential oil diffusers may come off as nothing more than glorified air fresheners …

Wow. Condescend much? If I hear you out and still don’t buy into the woo, do I count as “informed”?

… and are even known to help improve sleep, reduce stress, and prevent illness.

“even known to help”… sounds legit. No way that’s the placebo effect in action. I’m sure there are scientific peer-reviewed studies backing up those claims… around here… somewhere…

For real though, what will it take for @xeni and @doctorow to start policing their co-named ‘store’ a bit more? Front page on reddit or something? A fun NYT expose? Like seriously, how much outrage needs to be generated before y’all start taking some basic ‘our site should reflect our values’ stuff that you hold almost everyone else to, based on articles on this site?

where’s the URL for that gas mask?!

I’d imagine some of the outrage will come when they see the sales numbers. If they get a cut of this, they can’t be pleased when StackCommerce pushes a bunch of specious woo on their woo averse userbase.

But then, maybe the commenters skew antiwoo and the noncommenting front page only readers are a bunch of goop fans?

Edited to add: it is their space and they can do with it what they damn well please. I don’t have one of the most popular sites on the internet and I certainly don’t have to pay the hosting costs for it. But man, this seems tailor made to provoke maximum eyerolls from what I take to be BB’s core demo.

Here’s an idea: if there’s something that appeals to you more than the BoingBoing store offerings, why not suggest it? That might be a more practical way to change the store’s contents than complaints. For example: one time when Photoshop classes were offered I posted, this doesn’t work for me (can’t afford Photoshop) but I’d gladly buy more general image editing classes or GIMP classes. It’s not the best example since I’m not even sure those classes exist. But if enough people request something specific, the BB Store can sell it, we buy it, the site makes money and stays open, everyone’s happy… it’s win-win all around.

Edited to add: it is their space and they can do with it what they damn well please. I don’t have one of the most popular sites on the internet and I certainly don’t have to pay the hosting costs for it.

But man, this seems tailor made to provoke maximum eyerolls from what I take to be BB’s core demo.

bb posts and bbstore shills are always diametrically opposed. In one hand, they’ll lambast the nonsense sold by goop, and in the other hand, they’ll sell that same nonsense… Internet of shit enabled at that.

That’s what you really need to be doing–coating the insides of your lungs with “essential” oils to keep the oxygen out of your body. Come on, Boing Sproing Doing–think things through before you slobber on your shoes endorsing a product that is at best questionable

As @Ryuthrowsstuff pointed out, that was just the most high profile Chiropractic-caused death. There are others, but most are just written off as “natural causes.”

Here’s an idea: if there’s something that appeals to you more than the BoingBoing store offerings, why not suggest it?

I don’t expect them to pitch things that appeal to me specifically, I’d just like them to not pitch things that are directly opposed to the core ideals that Boing Boing has been building on for more than a decade. Like, I might roll my eyes and snark a bit when they push dubious online tutorials, but shilling for essential oils…given this site’s history, I couldn’t be any more surprised if BB suddenly started selling MAGA hats.

Its often difficult to establish. Because any hard twisting of the neck can cause it. Apparently hairline fractures in certain parts of the vertebrae can cause it to.

So with people often seeking out chiropractors after a neck injury. Its often an open question whether it was the injury or the chiropractor that caused it. Since chiropractors are not doctors, and aren’t neccisarily doing a proper medical check up peoples necks. There’s a gap in the information about any given case. And alt med practitioners aren’t exactly interested filling in that gap.

There was some question with Mays over whether it was a delayed reaction from the neck injury. Or the adjustment that did it. Or some combination of the two. Her family put the blame on the chiropractor early. Whoever it was that did the autopsy apparently determined it was the adjustment and listed it as the cause of death. Part of the prominence from that case is that its a rare confirmed one. Largely because the family was willing to follow up.

A lot of time that follow up doesn’t happen. So these cases remain sort of grey. Its a known risk, one that’s been studied. And you can find cases all over where that’s clearly what happened. But it can often be difficult to point to definitive cases with documented confirmation. So the practitioners in question can wave their hands and claim its not proof, or doesn’t happen, they way they do it won’t cause that, or its an over stated risk.

Personally I’d rather not have to buy stuff I don’t want/need to support the site anyway. It’s an inefficient model when what I come here for is basically content and discussion. I know the history of donative or patronage funding for websites is not inspiring, but that’s the model I’d prefer. I give money to Maximum Fun and Radiotopia because I love their podcasts and want them to continue. I would rather give direct than have them get a cut of a salt lamp or some essential oils.