Widow of slain US serviceman confirms President Trump a buffoon

I have a different explanation.

Trump is a narcissist sociopath who can’t possibly comfort another person because he fundamentally doesn’t give a shit about other people.

Your explanation gives him the benefit of the doubt and the tacit assumption that he has any humanity whatsoever. No offense, but fuck that. I find this an extremely dubious assumption, as I’ve never seen him do a single thing to justify this, including boasting, preemptively, that he has somehow done a far better job than previous presidents in this role.

It’s not like he set out to insult the memory of her husband.

He didn’t have to, it just comes naturally for him.

By repeating his own disproven claims about what was said and publicly dragging this out rather than admitting he’s made a mistake he’s calling her a liar.

If that’s not a blatant attack then it says something about how low we’ve set the bar.

America has decided to commit the largest murder-suicide in history, and its chosen weapon is a sociopathic narcissist named Donald Trump.

But I think that we’ve all had the experience of saying something and having it come out all cack-handed.

Yes, but we are not the president. I would expect more from somebody in that office.

Hell! Have the competence to have people supply you with the basics like the mans name on a card before calling.

Or at the very least “I misspoke and I didn’t intend to cause any harm.”

Look - no one MAKES him do these things. If you don’t want to take the time to do something like this - then DON’T! It would be much, much better to not do it, rather than do something half assed. I get it, I am bad with names. But if I was calling someone about their dead husband, I would god damn well know his name. I guess I don’t know the context of the “He knew what he was getting into.” I can’t imagine that being anything else than tone deaf at best. (I could see someone making the point that he was a brave soldier willing to sacrifice his life for his country.) That is why I would have scripted points laid out if I was prone to saying stupid shit. If I said stupid shit, I’d apologize about that coming out wrong.

Kelly did a good job? He slandered Congresswoman Wilson, and did it by dragging in a completely unrelated issue (her speech at an FBI facility-opening.) Not to mention his crap about saying only Gold Star people had the right to ask him questions on the subject.

Don’t get me wrong, 45 is a horrible buffoon. But I think that we’ve all had the experience of saying something and having it come out all cack-handed.

Sure, but unlike 45, most of us have also had the experience of saying something compassionate and coherent.

You beat me to it; if the poor woman is not attacked by him directly, she surely will be by his base, other politicians, and certain parts of the media. 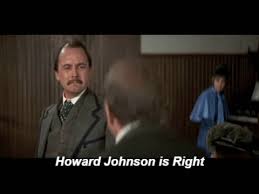 Not to mention his crap about saying only Gold Star people had the right to ask him questions on the subject.

That’s way too military junta for my taste.

I have a different explanation.

Trump is a narcissist sociopath who can’t possibly comfort another person because he fundamentally doesn’t give a shit about other people.

Well, of course. But I think this also another one of those parts of the job that Trump had no clue about, didn’t want to do (of course, who would), and shrugged off like a lot of the other duties he just ignores (like. . . filling important administration positions.)

He doesn’t want to do his job, when he does it he does it poorly, then makes excuses or calls someone a liar, then has his staff try and clean up the mess in a painfully heavy handed way. 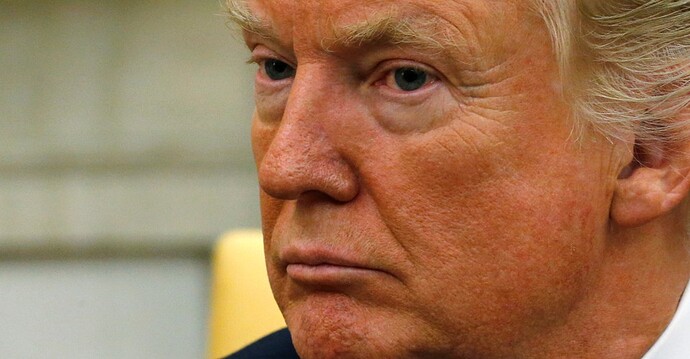 Four families of fallen servicemembers received next-day UPS letters from President Trump after a turbulent week in which Trump falsely claimed he had called “virtually all” of the families.

That would be so out of character for him. It would instantly be obvious that the words weren’t Trump’s and that it isn’t a sincere statement. You’re right other presidents would have said that, but Trump can’t.

I am struck by how Mrs. Johnson details her family’s relationship with their congressperson – Feels to me like Trumpistan really maligned a woman who is a great congressperson. Probably why they feel her barrel is so empty – she’s connected with her community.

But the coupon… he wouldn’t give it away.

There was an especially disgusting moment during the campaign where Trump said he had always wanted a Purple Heart. Did he say how much he wanted a Medal of Honor today?

somehow managed to fuck up his job so bad

At this point it’s so bad it kind of counts as a special kind of accomplishment that he manages to keep one-upping himself. “Oh, you thought it was bad when I insulted a former POW and a Gold Star family during the campaign? Well what if I personally smack-talk a pregnant widow who just received her dead husband’s body?”

I swear, there’s so much hate in Trump’s heart that you could clip jumper cables to his nipples and start up a school bus.

There was an especially disgusting moment during the campaign where Trump said he had always wanted a Purple Heart.

He was talking about lunch.