Wild Boars, while delicious, can be dangerous

Topic spun off from gun/shooting discussion per request.
Wild boars have been responsible for many attacks on humans, and some fatalities. People hunting hogs are clearly at risk, but people walking dogs are also seen by the hog as a threat. Some attacks have occurred with no obvious provocation. The risk is fairly low, except in certain areas with very high feral pig populations. But those areas of risk can occur globally.

A 77-year-old Italian man was killed by a group of wild boars on Saturday as he ...

Man killed by wild boar and 9 injured in India -- Sott.net

A man died and nine others sustained injuries in a wild boar attack near Koodaranji here on Friday. The deceased has been identified as Keelath Abdul Salam, 50, alias Abdu, a farmer and a resident of Kalpur. The wild boar was later shot dead with...

Woman said, 'I heard someone calling for help so I went outside and saw this huge boar' 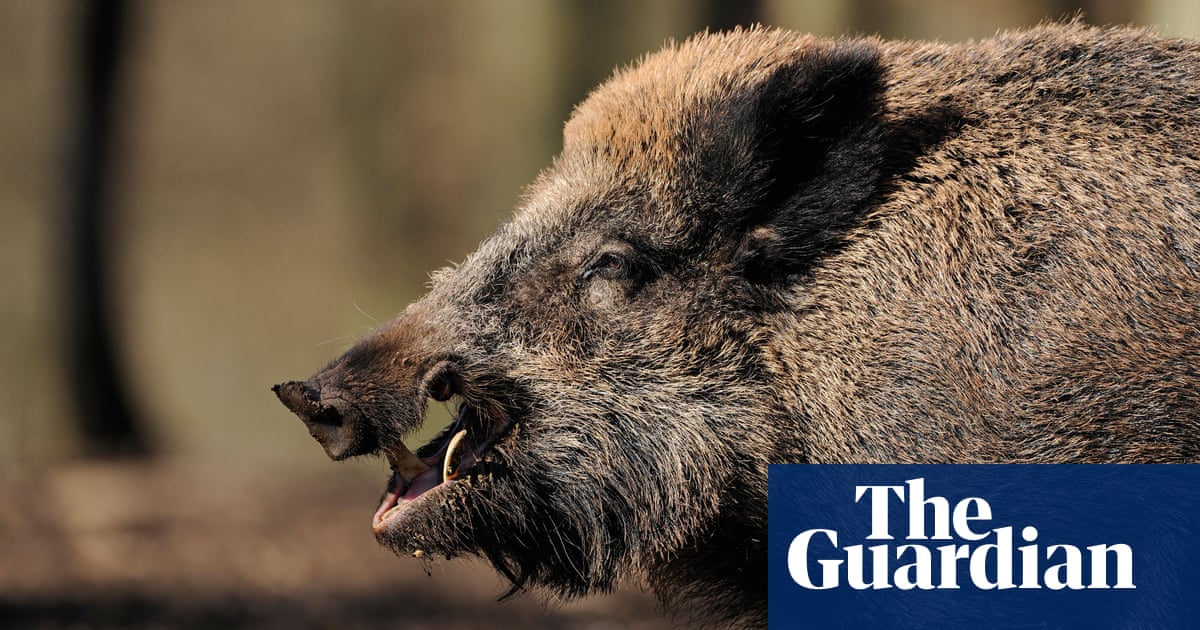 Man, 50, was on boar hunt near north-eastern town of Greifswald and encountered animal in reeds after firing shot, witnesses say

Man in hospital after wild boar attack at Bukit Gombak

The authorities will step up surveillance in the Bukit Gombak area after a resident was injured in a wild boar attack outside a condominium at 25, Hillview Avenue yesterday. The 44-year-old man, identified only as Mr Jin, suffered cuts on both legs...

Tribal chief said ISIS was poised to attack a band of local tribesmen.

Not sure if it recognized the people that killed and consumed his moth..

55-year-old woman gored in leg by wild boar while walking dog near Windsor...

SINGAPORE - A 55-year-old woman walking her dog was gored in the leg by a wild boar near Windsor Nature Park on Friday (June 30) night and received 60 stitches for her 10cm-long wound.. Read more at straitstimes.com.

Whenever I order a sandwich with Black Forest Ham I always like to imagine it came from something like this:

I agree, feral pigs/wild boars are dangerous in many rural communities like many other creatures in some areas. The risk is small but very real for personal injury, and the risk to livestock (especially the free-er range type) and vegetation is much higher. It is the perfect application for sensible firearm use and I wholeheartedly support it. It’s also extremely dangerous for the hunters and I support specialized training to deal with the problem, because a lot of pig hunters get injured because they are self-taught or taught by some guy that self-taught and has done it a long time. It should be included in any training and licensing procedure any responsible firearm safety law should have.

As an aside, I thought you shouldn’t eat full-grown boar meat?

Now you tell the king!

I had not heard that. We have been eating them since I was little. I know that is the case for some fish, especially barracuda.
We always cooked the heck out of wild boars, over a large pit lined with stone. It has been years since we did so. However, as I mentioned, my Dad is hunting hogs in West Texas right now. I will make sure and discuss sanitary precautions when I talk to him again. I suspect he is way ahead of me on this, but you cannot be too careful.
But thanks for the reminder.
When I worked in a knife shop, I was always fascinated by the Puma Boar Spear, of which we had one, but never sold it. https://www.pumaknives.de/en/hunting-knives/fixed-blade-knives/433/puma-hog-spear-available-6-weeks-after-order.
That is an entirely different dimension of hunting.

Dangerous? They must be crazy!

Reason for me being triggered (ha!) by the original claim is that on the one hand, I don’t think lax laws regarding firearms are necessary to be able to hunt boar, and on the other, the problem is much, much smaller than boar “totally kill people” seems to indicate.

I wouldn’t use this phrase for giant anteaters in the context of a firearms regulation discussion, for example, but they can (and do) totally kill people. This

While the circumstances are a bit different in the US in regard to the damage done to wildlife and the ecosystem, Europe has a rising population of Sus scropha, and we don’t have many deaths. Incidents and accidents like the published cases above are the exception.

And, to be clear, a rifle you hunt boar with is not something I would expect in a school shooting. I’m told best are long-barreled .308 Winchester.

This is why I call bullshit.

Also, as mentioned in my post, one (1) fatal incident in Berlin in 2014. (The harmed hunter last year has not eloped me, but that was not Berlin. 10-20 incidents (not deaths) in Berlin a year. You can try to look up the stats how boar population in relation to human population density behaves there, and contemplate the number of legal guns in this city. (Hint: quite a lot, for Germany, since a lot of security is deployed there.)

All that said: I wouldn’t like to come between a sow and her little ones, ever again. Not even riding a wolf.

When I worked in a knife shop, I was always fascinated by the Puma Boar Spear, of which we had one, but never sold it. https://www.pumaknives.de/en/hunting-knives/fixed-blade-knives/433/puma-hog-spear-available-6-weeks-after-order.

Now, that I would call sportsmanlike, unlike hunting with a semiautomatic weapon.

In terms of threats from non-human animal attacks, it seems that boars are not that significant, when compared with other animals. Dogs and cows are far much more dangerous. The “Other mammals” category is most probably dominated by deer, horses, and other hoofed mammals.

I kind of wonder what kind of non-venomous arthropods are so deadly?

They get pretty big if nobody makes 'em into barbecue first.

They have not adjusted gun laws for boar hunting, but they have relaxed the hunting regulations. You can hunt boars with thermal scopes, for example.
But I don’t think any danger to humans from boar attacks is the primary issue. Damage to agriculture and wildlife is the larger issue. Of course, people who hunt them with bows or spears(!) have to consider that danger. I would not want to hunt them with a muzzle loader. That might be a very sporting experience.

Mosquitoes, maybe. From the Oxford Textbook of Medicine-
Most medically important arthropods are insects (including mosquitoes, midges, other flies, bedbugs and other true bugs, lice, fleas, and cockroaches) or arachnids (spiders, ticks, mites, scorpions).
Arthropod-related problems include the following: (1) injuries from direct contact (bites, stings, and other penetrating or crushing injuries from spines, bristles, or pincers) and the consequences of such contact (envenoming, allergic reactions, secondary infection of wounds, and transmission of infectious agents); (2) infestation of the patient’s body, skin, hair, clothes, or immediate environment (myiasis, canthariasis, tungosis, pediculosis etc.); (3) inhalant allergy; (4) hygiene and aesthetic issues; and (5) the psychological phenomena of delusion and phobia…

I kind of wonder what kind of non-venomous arthropods are so deadly?

Either that, or mosquitos, bedbugs, fleas, ticks, and infections and anaphylactic reactions to all kinds of insect bites.

When I worked in a knife shop, I was always fascinated by the Puma Boar Spear, of which we had one, but never sold it. https://www.pumaknives.de/en/hunting-knives/fixed-blade-knives/433/puma-hog-spear-available-6-weeks-after-order.

I’m not surprised they didn’t sell it. The toggle doesn’t look anywhere near strong enough and the price is too high. The cheesey Taiwanese ones go for less than $150 and they’ll do the job, apparently.

The “Other mammals” category is most probably dominated by deer, horses, and other hoofed mammals.

Is that just the head, BYOP? It was my understanding that boar spears were polearms(albeit on the short side of the genre) with special emphasis on keeping the stuck-like-a-pig-but-still-super-angry prey at a safe distance from the hunters once impaled.

Yeah the danger breaks down into:

Boar are pretty famous for causing some nasty wounds in the rural south in the US, and while they are creeping north they cannot match the spread of deer yet.